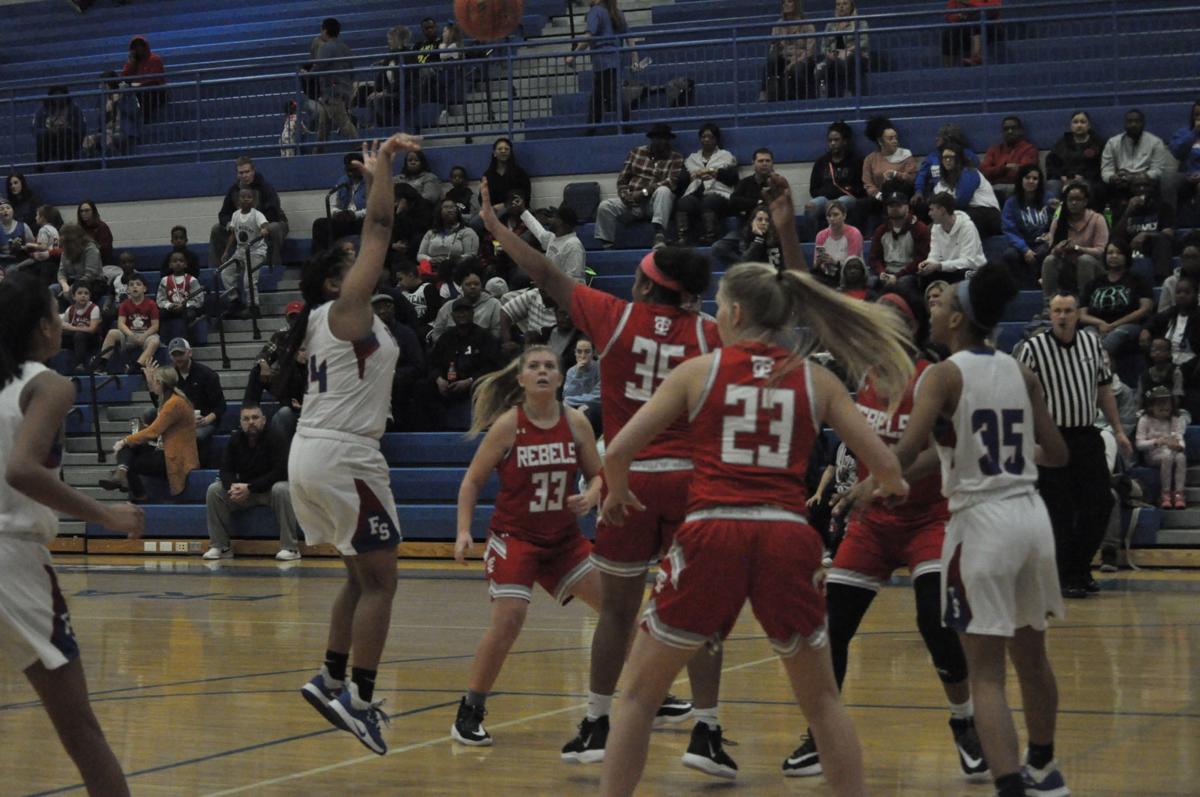 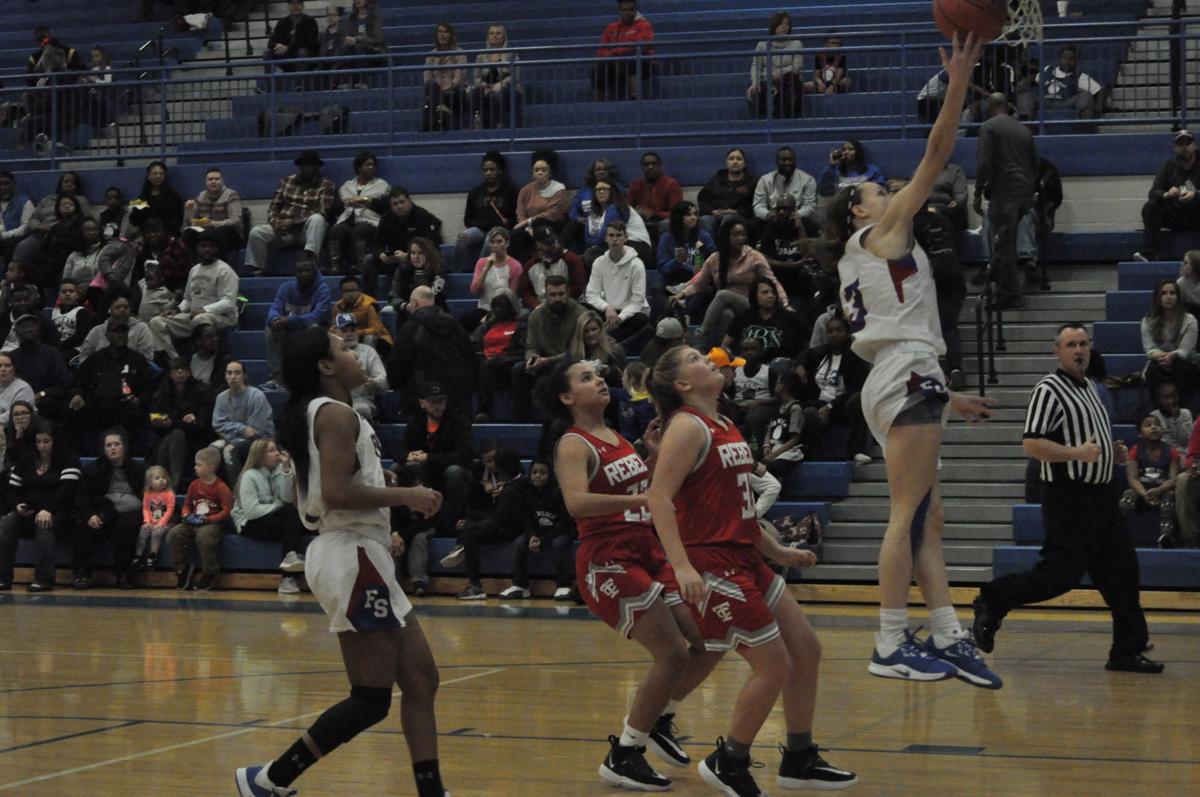 Lady Cats’ junior Kate Norwood shoots a layup in the second half of Friday night’s 13th District game at the F-S Gym against Todd County Central.

Lady Cats’ junior Kate Norwood shoots a layup in the second half of Friday night’s 13th District game at the F-S Gym against Todd County Central.

The Franklin-Simpson Wildcats have assured themselves of playing in the 2-3 matchup in the upcoming 13th District Tournament at Russellville High School with their 56-25 victory over the Todd County Central Lady Rebels.

With the win, the Lady Cats are 3-2 in district play and will play either Rusellville or Todd County Central, depending on the outcome of Feb. 14th’s finale of district games. The Lady Rebels’ district record is 0-4.

“Todd County Central made a consertive effort to pack it in the paint. You can’t take away everything and it allowed us to get some good looks at the basket,” Lady Cats head coach Lex Lindsey said. “The kids have been working on their shots as of late and it paid off. It has started to show over the past two games. We’re doing a lot better job of moving the ball to where it needs to get to so that we can get some good looks.”

“Todd County Central kepot giving us opportunities to shoot the ball and we’re not going to hesitate to put it up there,” Kate Norwood said “We’ve been shooting the three ball really well as of late. We had nine against them last time and tonight we had eight. So, they’re going to let us shoot it, we’re going to shoot it.”

Franklin-Simpson jumped out to an 8-2 lead as junior Kate Norwood scored four points and juniorAlera Barbee and freshman Ashanti Johnson each scored a basket, Then freshman Le Le Prtinger drained two 3-pointers as they led 15-6 at the end of the first.

Norwood’s first of her two 3-pointers in the 2nd Quarter gave the Lady Cats an 18-8 lead. Fresham Lucy Chester scored four points with a basket from senior Emoni Fort that put the Lady Rebels to within six, 18-12. Franklin-Simpson rolled off 12 unanswered points as Barbee scored six points with Norwood draining her second 3-pointer of the game. Freshman Conleigh Wilson scored a basket and Johnson’s free throw made the score 30-12. Fort made a traditional three-point play for Todd County Central but two free throws from Partinger made the score 32-15 in favor of the Lady Cats.

Norwood connected on two more 3-pointers, her fourth overall for the game. Plus Partinger added a basket along with two free throws from Barbee as Franklin-Simpson extended their lead to as high as 25 points. Chester scored seven of Todd County Central’s nine points as they trailed 46-24 after three.

Kate Norwood led all scorers with 19 points and Alera Barbee and Le Le Partinger each added 12 points for the Lady Cats.

“I just been practicing my 3-point shots very seriously,” Le Le Partinger said. “My shots were off badly against Greenwood so I’m trying to shoot better. We’ve been working on shots hard after practice and the results have been good.”

The Lady Cats will host the Russellville Lady Panthers for Homecoming this Friday night at the F-S Gym. The game is part of a boys/girls varsity doubleheader. 1220 WFKN Franklin radio will broadcast the girls game immediately following the boys game and the Homecoming festivities.

The game will also be broadcasted on the internet by going to www.franklinfavorite.com and click on the WFKN link in the blue toolbar. Then press the WFKN Sports tab and click the play button.