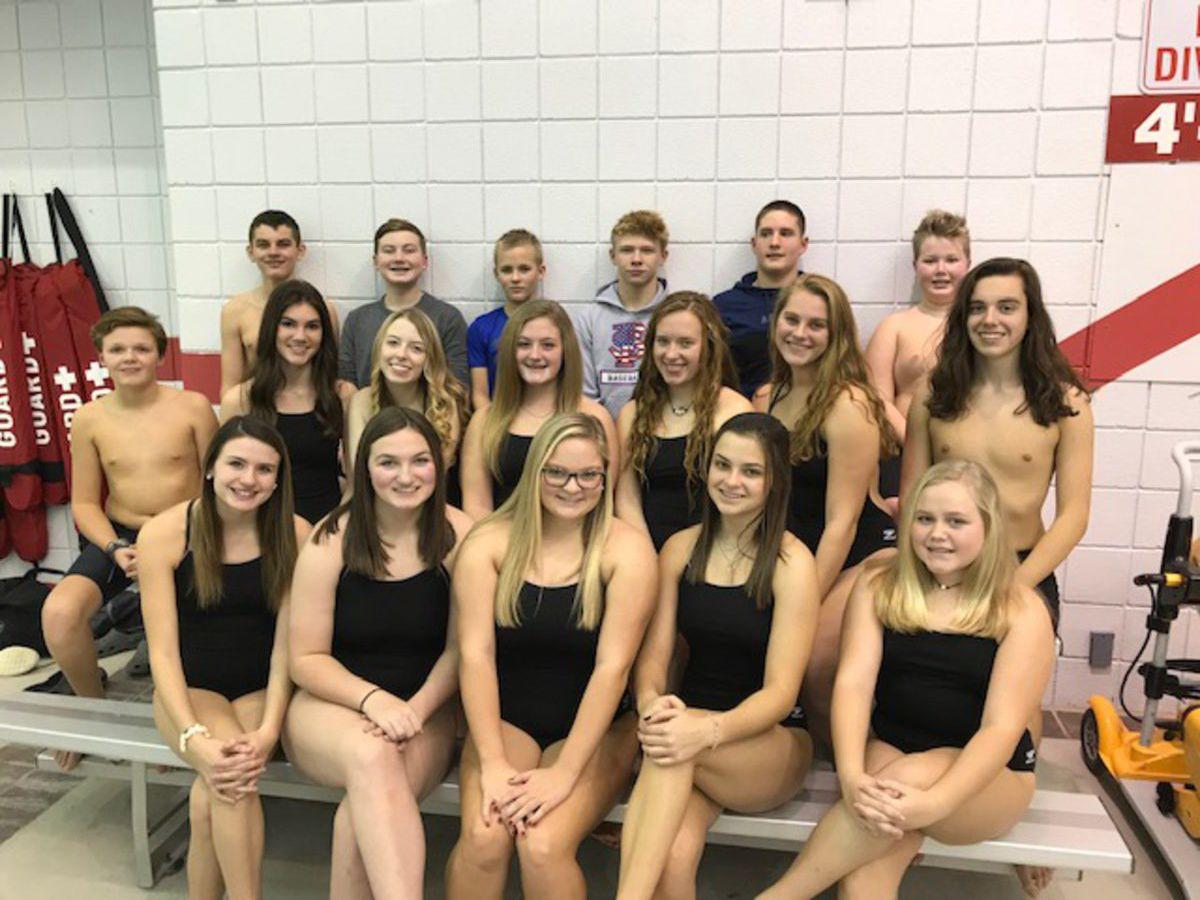 Some members of the high school swim team are pictured. 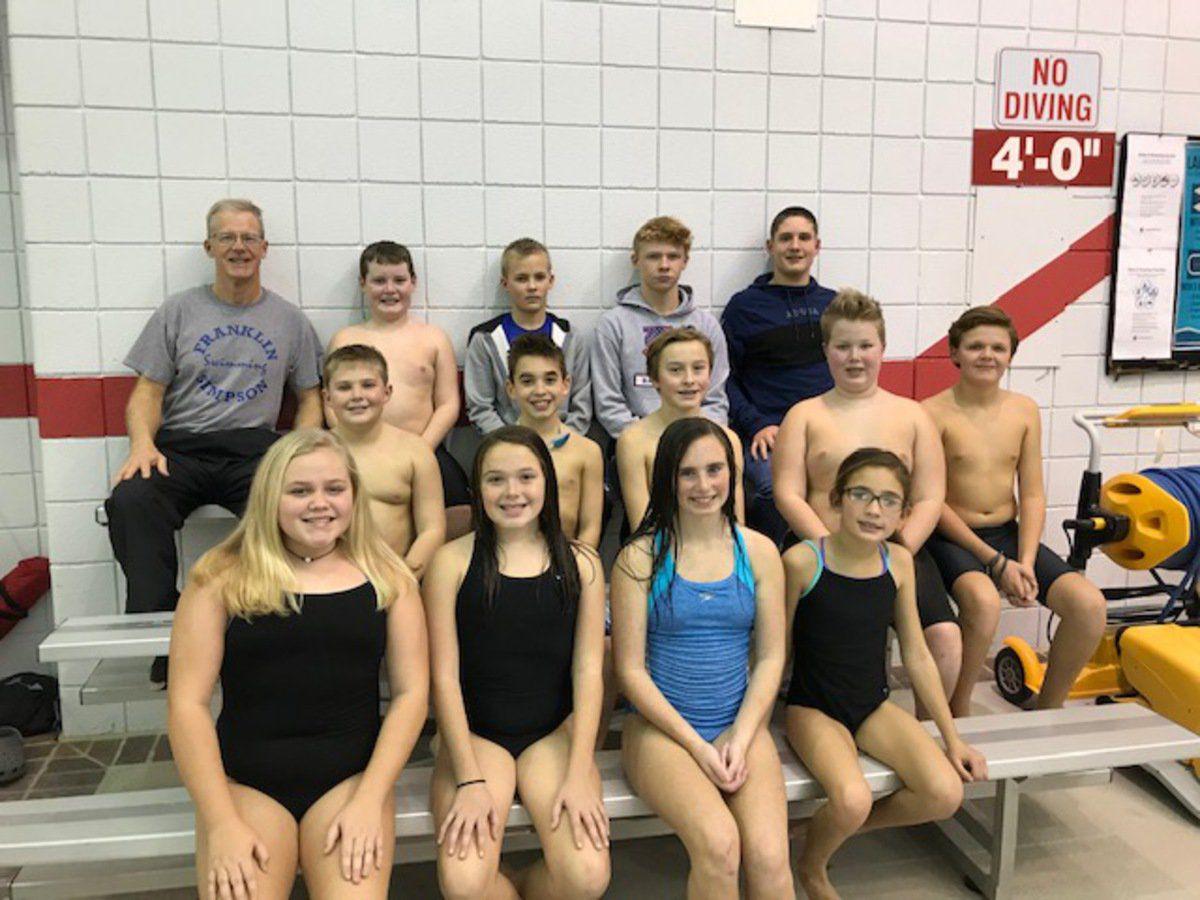 Some members of the middle school swim team are pictured.

Some members of the high school swim team are pictured.

Some members of the middle school swim team are pictured.

The high school swim season started in October. This year's team is the biggest team in terms of numbers with 23 kids on the varsity team and about 14 on the middle school team. The team traveled to Monroe County in November to swim against Monroe and Russell County teams. Franklin combined boys and girls finished a strong second place. Leading the way in the meet were Hayden Satterly for the boys and Rylie Spears for the girls.

Next the team traveled to the Warren County Invitational that included approximately 14 teams. The combined finish was a ninth place. Swimming to top ten finishes was the relay team of Hayden Satterly, Payton Brown, Kody Alexander, and Braxton Jenkins. For the girls, the relay team of Zoe Graves, Rylie Spears, Shelby Caudill, and Faith Adams had a good finish.

Each year Russell County holds a Middle school meet in December. This year the Franklin Simpson Middle school competed, and finished a combined 3rd place out of nine teams. The boys team came in first and the girls finished 6th. This victory for the boys was the first in school history as a team. Leading the way was the relay team of Hayden Satterly, Kody Alexander, Payton Brown, and Braxton Jenkins. Scoring individual points was Morgan Hunter and Sara Beth Schlosser for the girls. On the boys side Hayden Satterly was recognized as the top 8th grade boy and Tucker Zeman was the top 4th grade boy in terms of points. Each boy received a trophy.