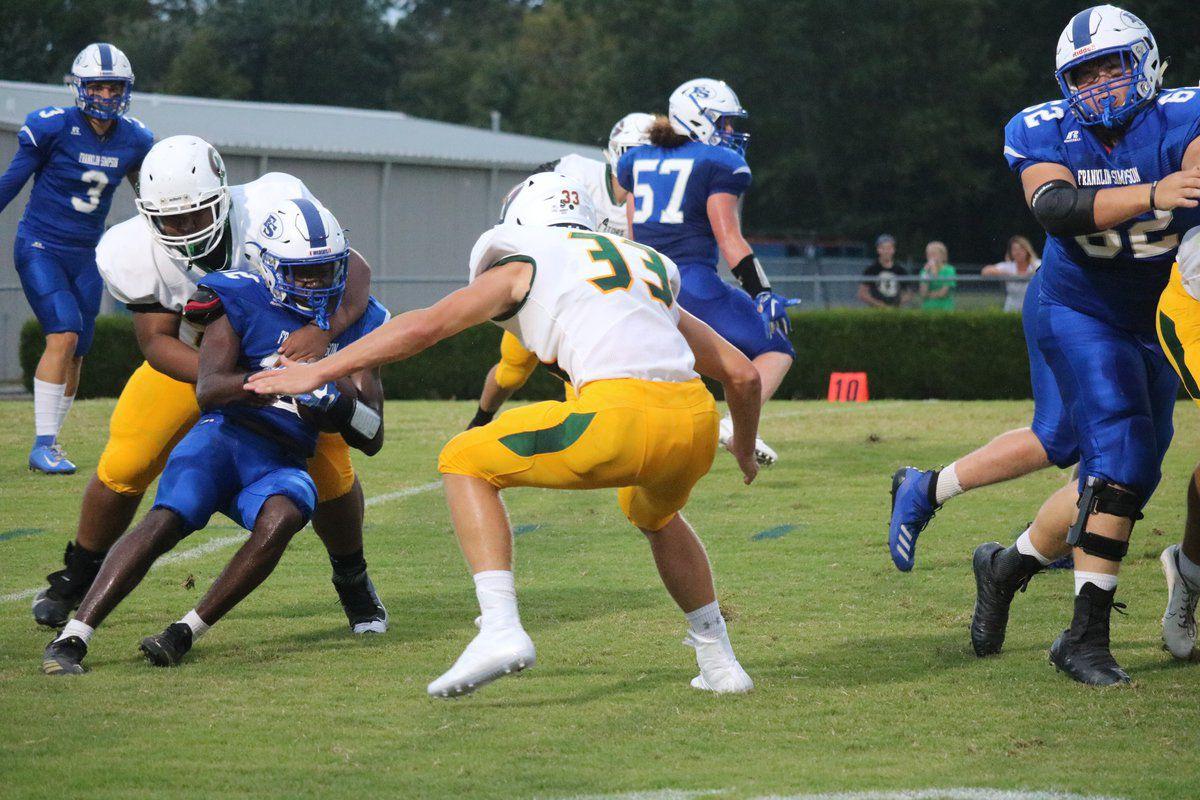 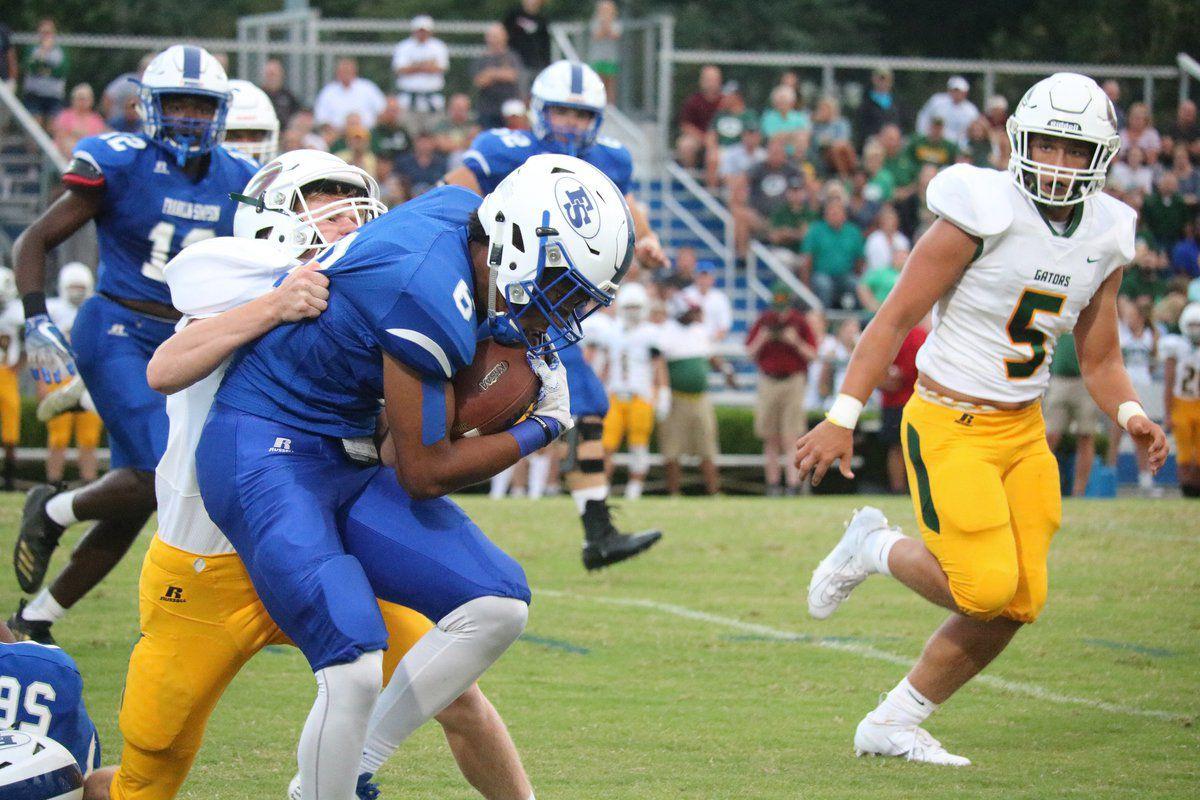 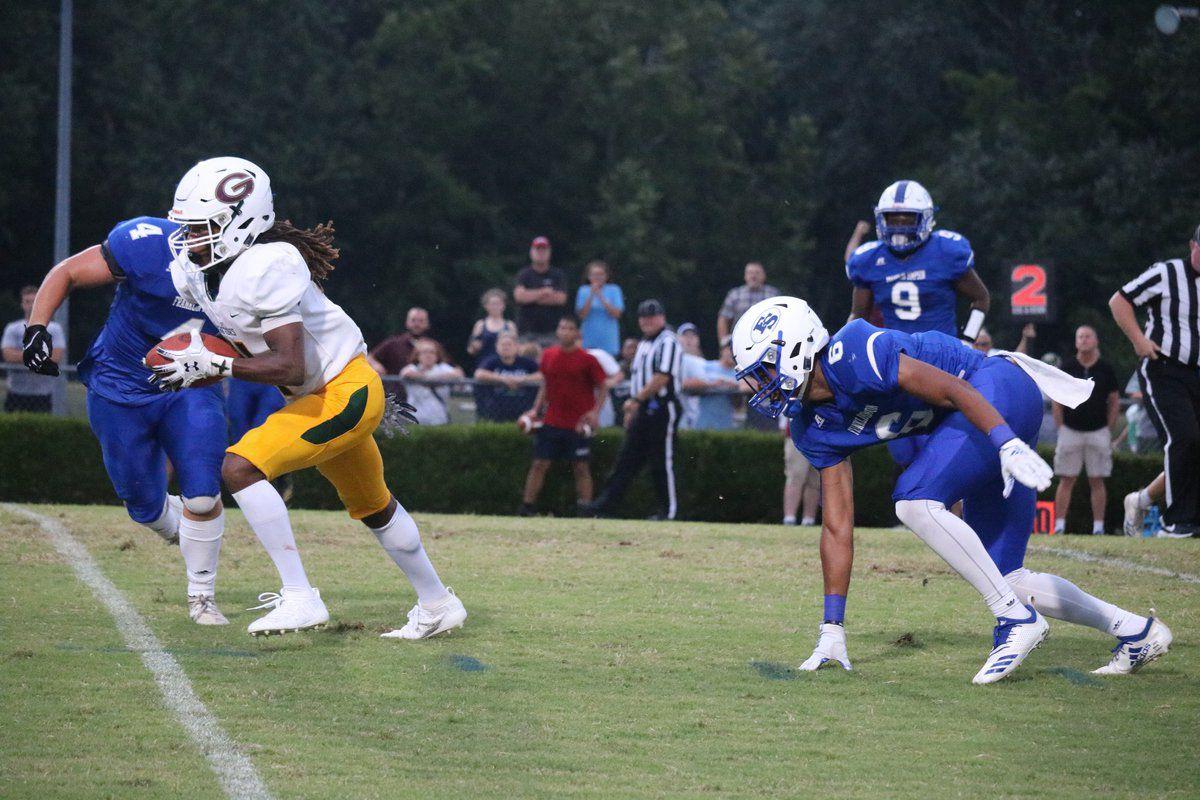 The 2019 season home opener at James "Shadetree" Mathews Stadium at Hugh Crowdus Field was unexpected for the Franklin-Simpson Wildcats football team as the back-to-back defending Class 4-A state football champions were handed a 28-14 loss to the Greenwood Gators.

"This game showed us a lot of areas where we need to improve on," Wildcats head coach Doug Preston said. "But there was some good things that we did. Special teams with Leandre's (Stutzman) kickoff return and Cole's (Hollingsworth) punting was good. We forced two turnovers but we gave to back to them especially deep in our own territory. I thought that we played hard but I told the kids at the end of the game that mistakes and errors cost us this game (Friday night)."

The loss ends the Wildcats' 12-game winning streak, which dated back to last season -- but for Greenwood, they have now won five straight season opening games.

"This win is huge for our program," Gators head coach William Howard said. "It gives them a ton of confidence to be able to come into the home of one of the top three or four teams in Class 4-A and be able to compete with them was extremely important to our kids and the fans. Our crowd was enormous for an away game and they were great for us tonight."

Franklin-Simpson started off fast as senior Chase Gooch ran for a 62-yard touchdown on their opening possession. With the extra point from junior Cole Hollingsworth, the Wildcats led 7-0. The opening drive would be their most significant drive of the night.

Greenwood's first two offensive possessions resulted in a fumble recovery and an interception by senior Leandre Stutzman. On their third possession, they took advantage of a Wildcats' turnover and with a short field to work with they tied the game with a 3-yard touchdown run by senior Yuji Ogawa. The extra point by senior Ben Patterson tied the game at 7-7.

The Wildcats responded with a huge play on special teams. On the ensuing kickoff, Stutzman returned the kickoff 98 yards for a touchdown, and Hollingsworth's extra point gave them the lead back, 14-7.

In the second half, the Gators' offense took over control of the game with long, time consuming offensive drives as they scored three straight touchdowns in the half and outgained the Wildcats 159-74 in yards of offense in the half.

On their first drive, they used a 10 play, 69-yard drive with junior Jonathan Gornik finishing off the drive with a 1-yard run. Patterson's extra point tied the game at 14-14.

Greenwood took the lead in the fourth quarter as they executed a 78- yard, 15-play drive with junior John Morrison throwing a 10-yard touchdown pass to senior Reed Slone. Paterson kicked the extra point that gave the Gators a 21-14 lead.

Greenwood's defense forced a second turnover in the Wildcats' territory, once again

giving them a short field to work with. They only needed to drive 19 yards on six plays, but two costly penalties by the Wildcats' defense allowed the drive to continue. Gornik ran for his second 1-yard touchdown run of the game and with the extra point by Patterson, the Gators came away with the 28-14 victory.

"Our kids kept fighting and kept believing in what we were doing," Howard said. "I thought John (Morrison) played well as he along with (David) Odom and (Reed) Slone got us out of some third down situations. Yuji (Ogawa) came up with some big pass plays when we needed it the most. We converted a lot of third downs tonight as we were in manageable situations."

Greenwood outgained Franklin-Simpson 334-226 in total yards of offense. Both teams rushed for 196 yards with Chase Gooch rushing for 80 yards with a touchdown for the Wildcats.

Odom rushed for 91 yards on 14 carries and Slone had 17 carries for 79 yards. Morrison completed eight of his 16 passes for 138 yards for a touchdown with an interception. Ogawa had three receptions for 90 yards.