$34.00 for 365 days
Get Started
You have permission to edit this article.
Edit
Home
News
Opinion
Sports
Records
Features
Obituaries
Classifieds
WFKN
1 of 4 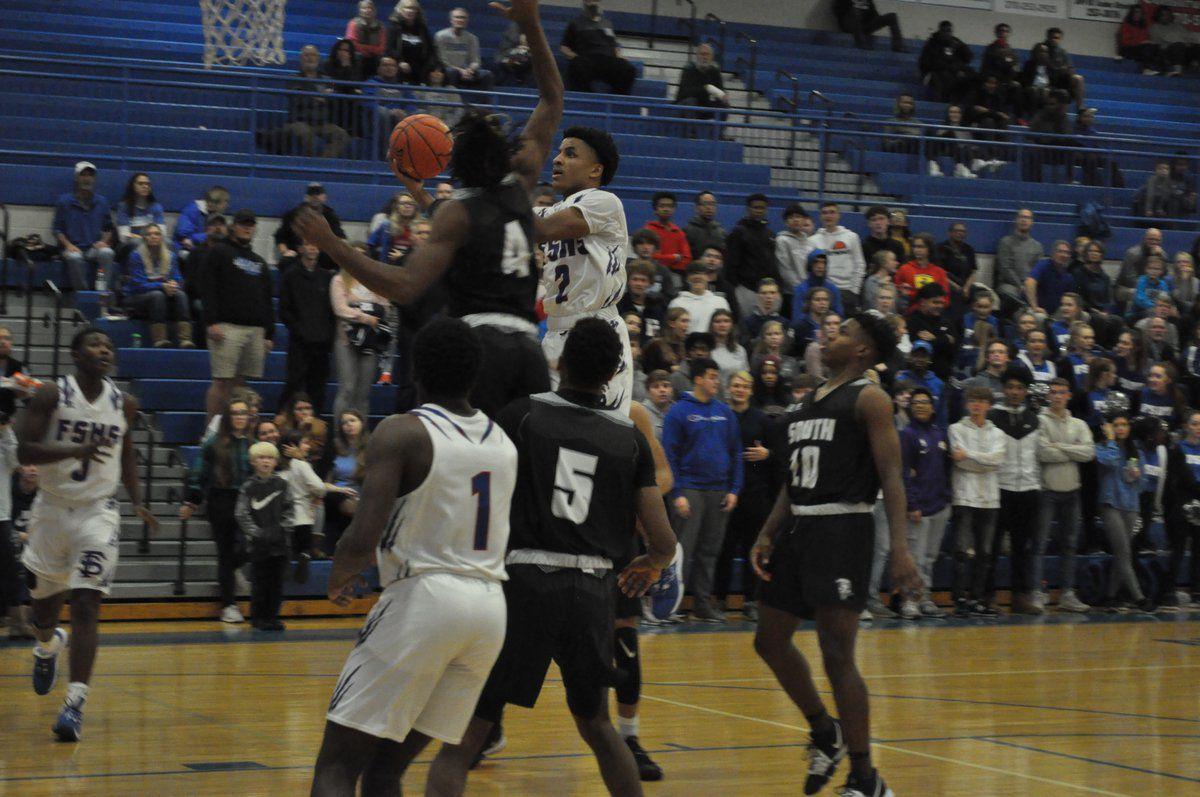 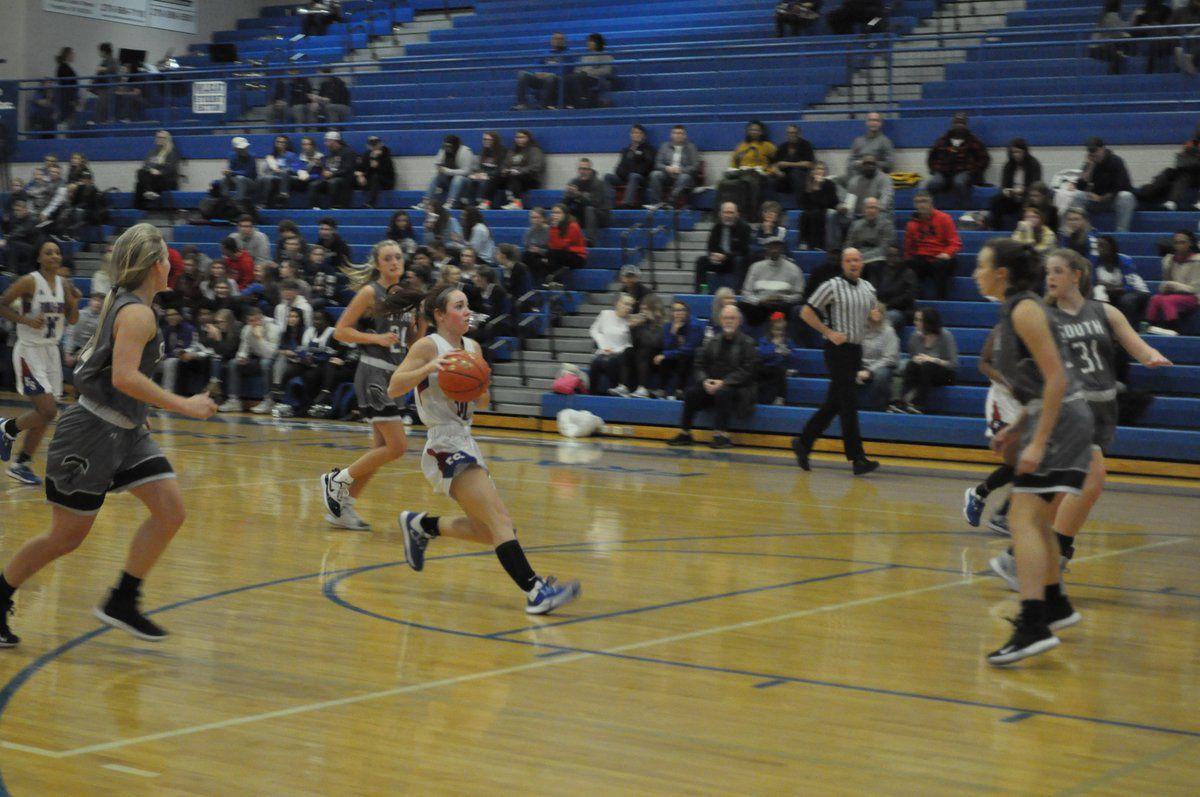 Lady Cats' freshman Conleigh Wilson (10) takes a shot while running the fast break in their game last Tuesday night at the F-S Gym against South Warren. 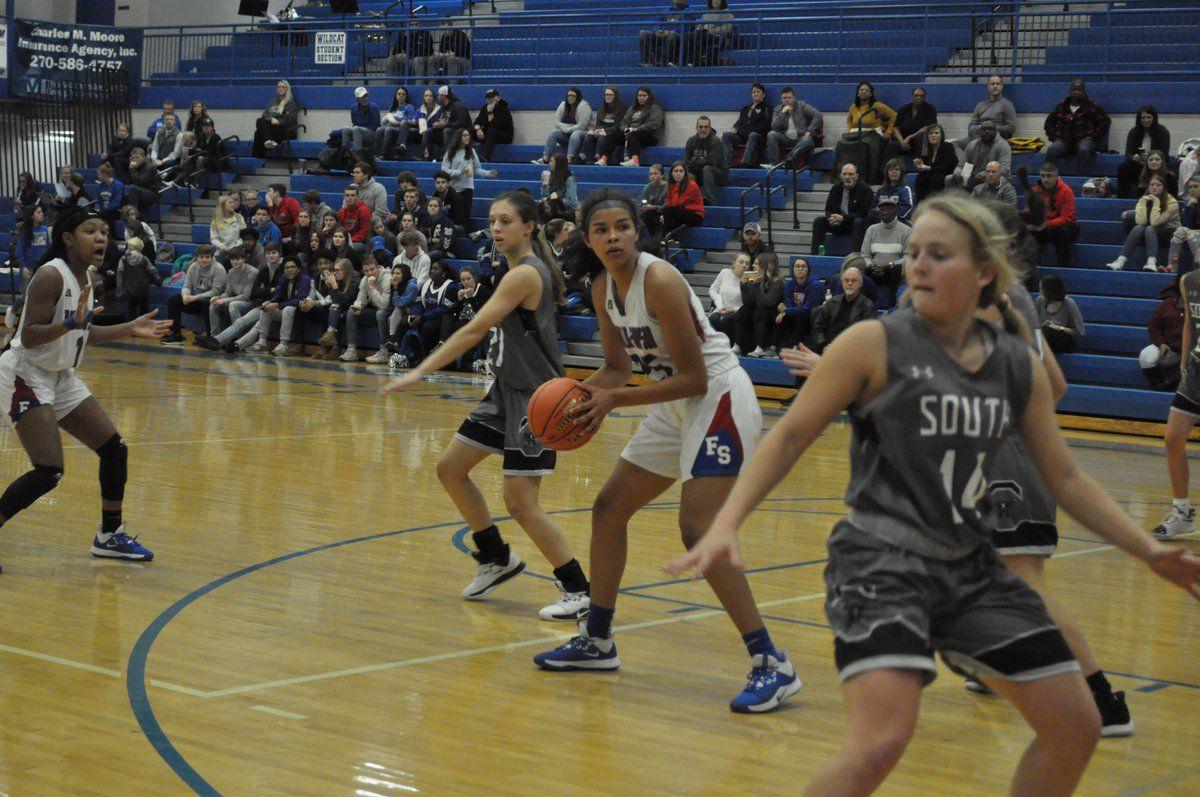 Lady Cats' freshman Hadley Turner (25) looks for one of her teammates in the 2nd half of last Tuesday night's game against South Warren at the F-S Gym. 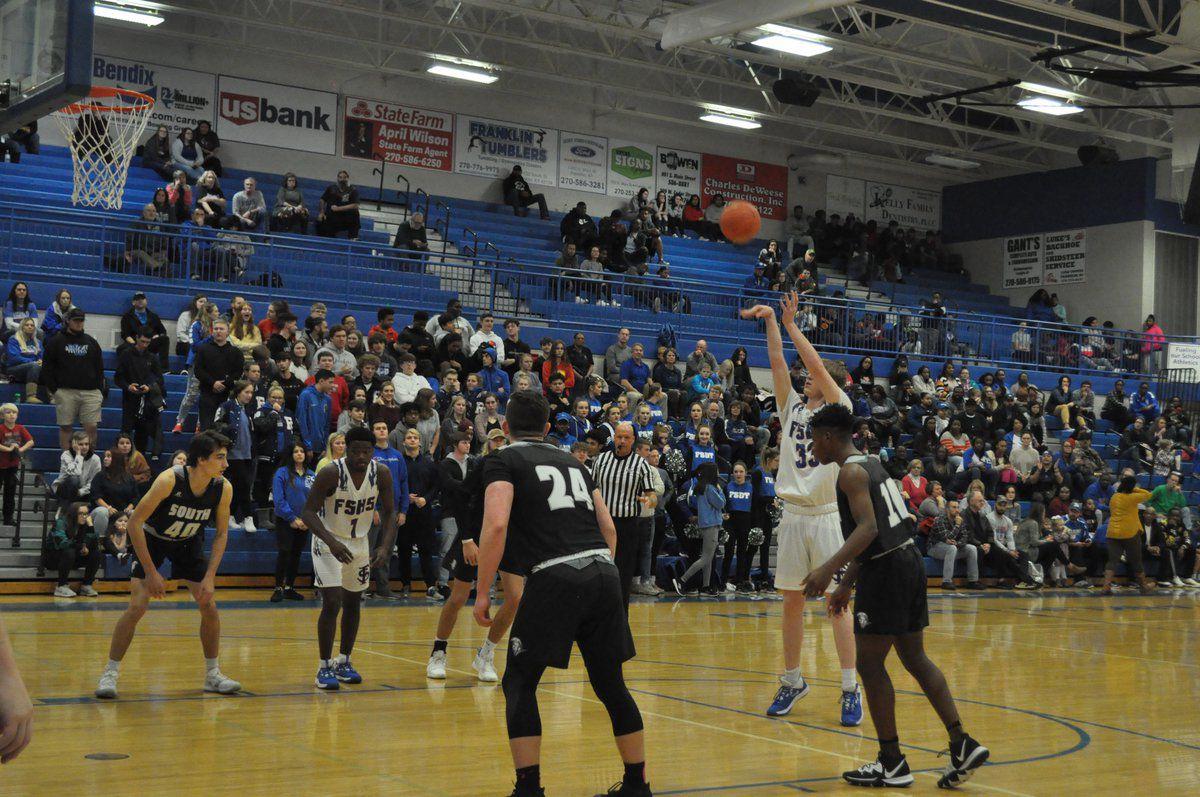 Wildcats' senior Logan Lacouture (33) shoots one of his two free throws during the 1st half of last Tuesday night's game at the F-S Gym against South Warren.

Lady Cats' freshman Conleigh Wilson (10) takes a shot while running the fast break in their game last Tuesday night at the F-S Gym against South Warren.

Lady Cats' freshman Hadley Turner (25) looks for one of her teammates in the 2nd half of last Tuesday night's game against South Warren at the F-S Gym.

Wildcats' senior Logan Lacouture (33) shoots one of his two free throws during the 1st half of last Tuesday night's game at the F-S Gym against South Warren.

Junior Kate Norwood led the Lady Cats with 14 points with freshman Hadley Turner pouring in 13 points as they suffered their first loss of the season at the hands of the Lady Spartans, who are among one of the top teams in the 4th Region.

"Really proud of the way the girls competed," Lady Cats head coach Lex Lindsey said. "South Warren is an experienced team that should have won the region title. They have been through a lot of battles and we are out there with a lot of young players competing and scrapping with them."

"It was ugly at times as Coach Lindsey had his girls

playing really hard." Lady Spartans head coach Lane Embry said. "They had us on our heels doing the right things on both sides of the ball. We got off to a slow start, missing easy shots early on but I was proud of the girls stepping up in the second half and made some things happen."

Turner scored four more points for the Lady Cats in the 3rd Quarter as the team scored 10 points. Taylor Enlow scored eight points and on the strength of 3-points from her and Reynolds, the Lady Spartans extended their lead to double figures as they led 39-26 at the end of three.

Norwood made two 3-pointers and senior Evyn McCutchen made one as well as Franklin-Simpson cut their 13-point deficit down to six at 47-41. That would be as close as they could get as they missed shots and South Warren closed the game on an 8-2 run for the 55-43 victory.

"We were a 3-pointer away with under three minutes to go to cutting it down to three or four points. If we make that shot, who knows," Lindsey said. "There were a couple of times that we did everything right except for finish the play. The girls are putting themselves in position for a win and that is all you can ask for against good teams."

"Our girls are extremely unselfish," Embry said. "They don't care who scores as long as someone does. The ball movement was good and it just so happens that it ended up in Brooke's (Stevenson) and Taylor's(Enlow) hands with really good shots and they made something happen."

"This was a flat, ugly game and Franklin-Simpson made it that way," Spartans head coach Blane Embry said. "They did a good job of bringing that and they are as athletic as us. We got to learn to play better team ball, make that extra pass against good defensive team like them."

Junior Jace Carver led the Spartans with nine points in the 1st Quarter. Three lead changes occurred in the quarter as the Wildcats got balanced scoring with four pints each from seniors Logan Lacouture and Tedric Partinger and freshman Demarcus Hogan's buzzer beating basket gave them a 14-13 lead at the end of one.

Five more lead changes occurred in the 2nd quarter as Lacouture led Franklin-Simpson with four points and two points each from Chatman and Miller. Carver scored six points for South Warren and sophomore Caden Veltkamp added four points as the Spartans led 26-24 at the end of the 1st Half.

Three lead changes with two ties occurred early in the 3rd Quarter but Stutzman's 3-pointer gave Franklin-Simpson a 37-34 lead. The lead grew to as high as five points, 41-36 with baskets by Miller and Partinger. But South Warren got four points from junior Tayshaun Jones and two points from senior Parker Stobaugh to close the quarter with six straight points as they took a 42-41 lead after three.

Three more lead changes with two ties occurred early in the 4th Quarter. Miller's 3-pointer along with free throws by him and Chatman gave the Wildcats a 53-50 lead. But the Spartans closed the game with a 10-2 run with Carver scoring eight of the points as Franklin-Simpson's only basket came from Miller during that stretch as they lost a close one, 60-55 to South Warren.

"Demarcus (Hogan) and Logan (Lacouture) played well and that's what we are going to have to have," Spencer said. "Demarco (Chatman) and Andreyous (Miller) can't score for us like that every night. Those guys came in and gave us a lift so we need others to step up."

Jace Carver led all scorers with a game high of 29 points with Caden Veltkamp adding 14 points for the Spartans, who improved to 3-0 at that time.

"We had some mental breakdowns," Spencer said. "We knew what they were going to do and we lost Caden) Veltkamp several times on the offensive rebounds and put backs because we got caught ball watching."

"Jace (Carver) was on the money tonight," Embry said. "I don't do any special plays for him or for anybody else but the guys did a nice job of finding him and he's figured out how to get himself open. We know who to go to and they knew too. We move him around, make it hard for them to find him because we need to go to him with the game on the line."