$32.00 for 365 days
Get Started
You have permission to edit this article.
Edit
Home
News
Opinion
Sports
Records
Features
Obituaries
Classifieds
WFKN
1 of 3 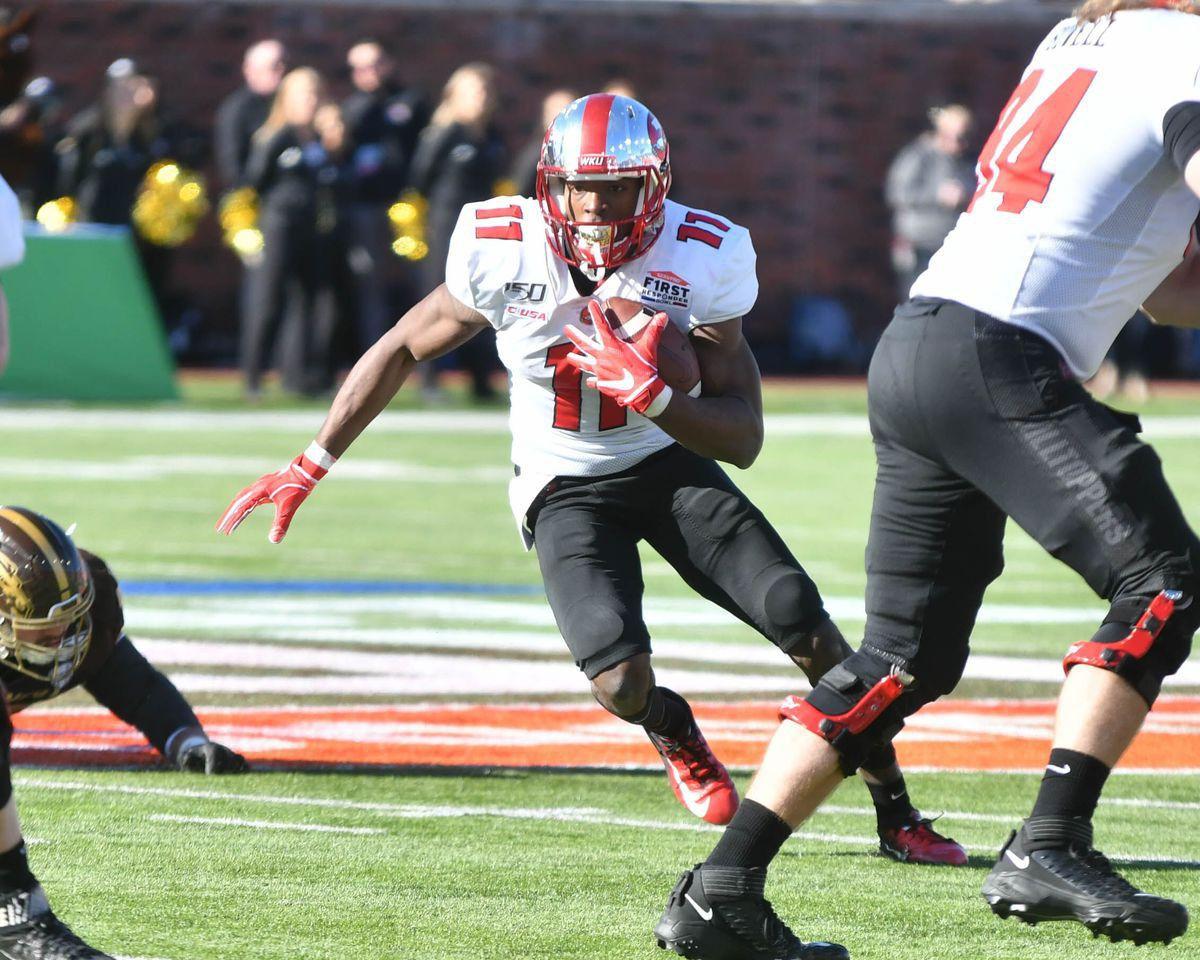 Hilltoppers' red shirt senior wide receiver Lucky Jackson hauls in one his game record-breaking receptions in the SERVPRO First Responders Bowl. He broke his own single game record with 17 receptions for 148 yards with a touchdown. 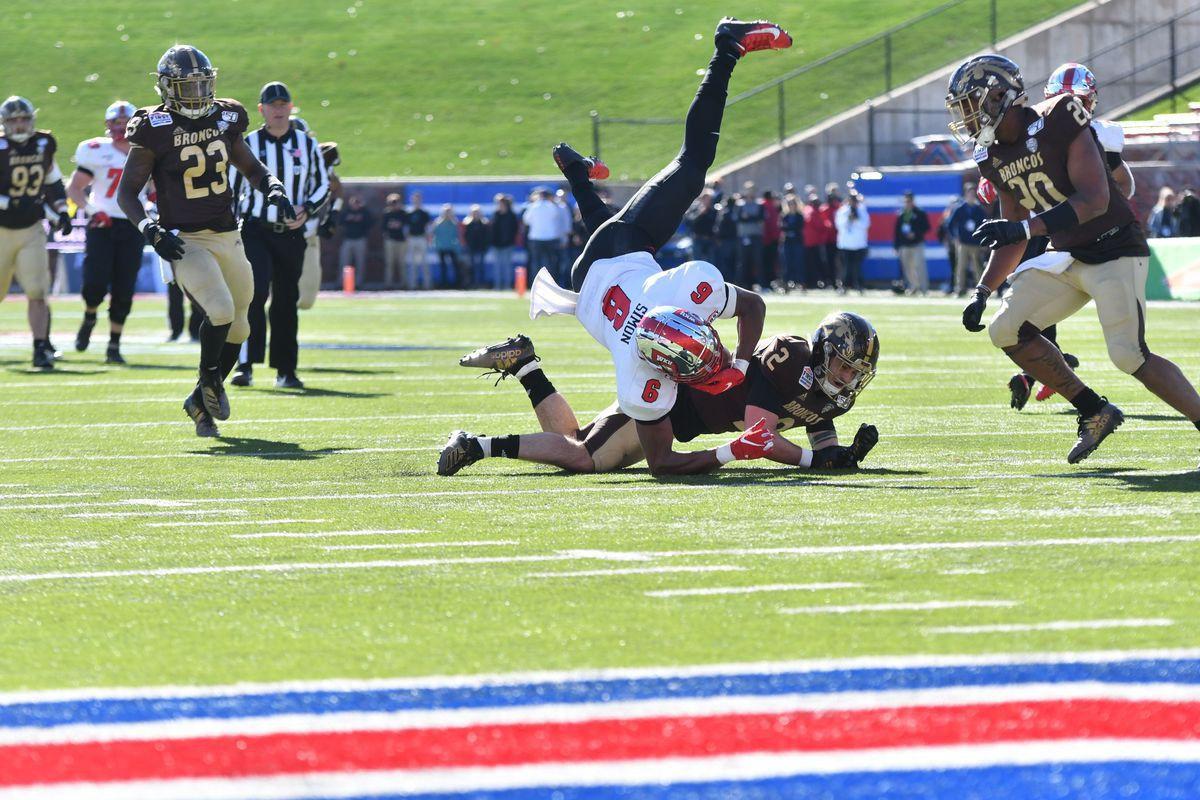 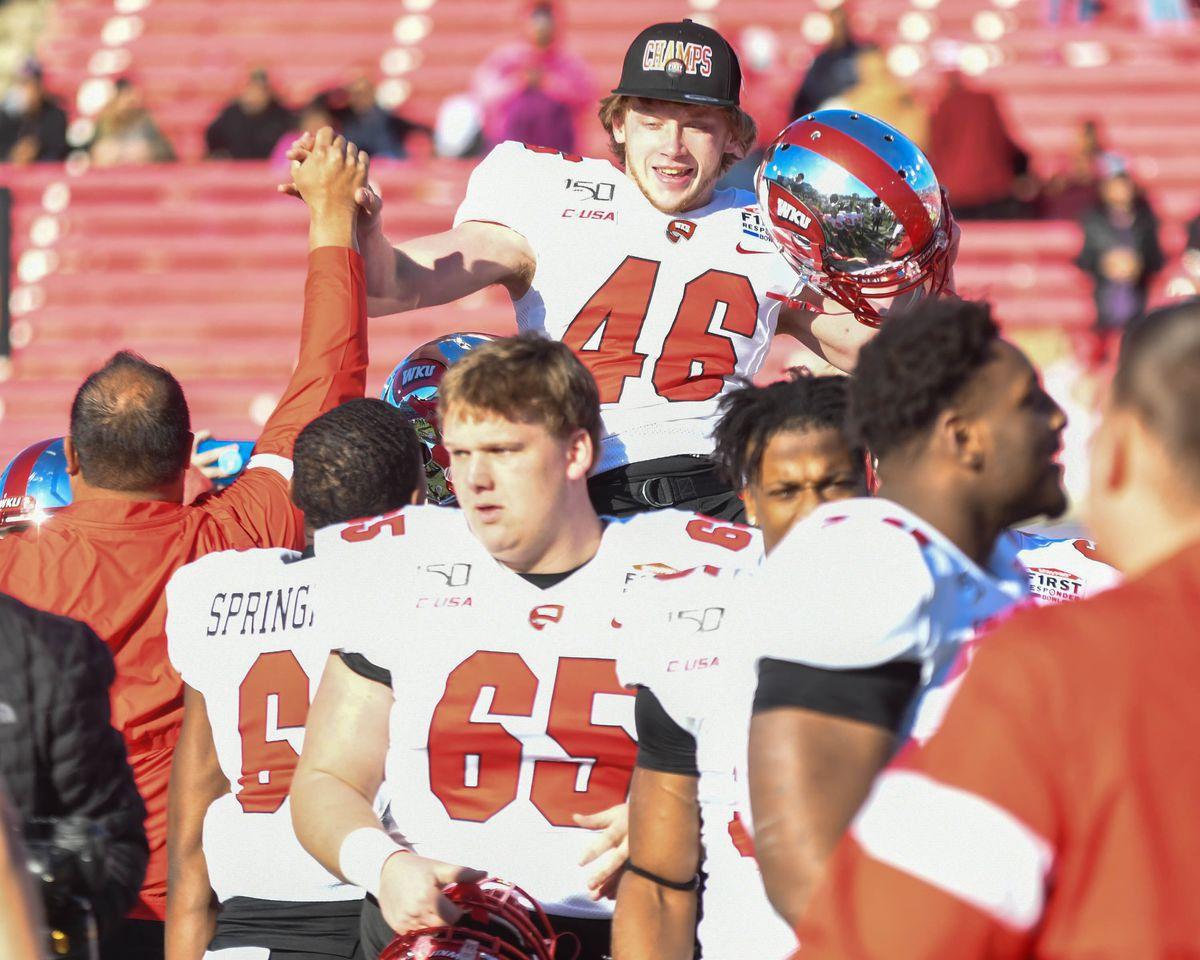 Hilltoppers' red shirt senior wide receiver Lucky Jackson hauls in one his game record-breaking receptions in the SERVPRO First Responders Bowl. He broke his own single game record with 17 receptions for 148 yards with a touchdown.

Freshman Cory Munson's 52-yard game winning field goal on an untimed down on the last play of regulation gave the Western Kentucky University Hilltoppers an ending to its season of turnaround with a 23-20 victory over the Western Michigan Broncos in the SERVPRO First Responders Bowl in Dallas, TX last Monday afternoon.

Heading into the bowl game, Munson's career-long was 48 yards. He knew the 52-yard game-winner was good as soon as it was kicked.

"All the other missed kicks are wiped away right now," Hilltoppers head football coach Tyson Helton said. "I just felt like he's a really talented kid and if we just kept putting him out there in pressure situations then some time he would come through and he stepped up big today."

With the win, the Hilltoppers, under first year head coach Tyson Helton, finished the season with an overall record of 9-4 that tripled their win total from last season.

"When I first started, they all talked about how it's a rebuilding year. I don't believe in that. It's hard to walk into a room of 95 men and say we're going to rebuild," Helton said. "Sometimes when you go through hardships the previous year, it makes you stronger for what you're about to get into the next year and go accomplish the things you want to accomplish. You saw that out of our kids this year."

Trailing 3-0 at the end of the 1st quarter with a 30-yard field goal from Western Michigan junior Thiago Kapps, Western Kentucky took their first lead of the game early in the 2nd quarter as they used 15 plays, driving 93 yards as graduate student Ty Storrey threw the first of his two touchdown passes for the game.

Is 17-yard pass to redshirt junior Jahcour Pearson along with Munson's extra point gave them a 7-3 lead.

Munson later added a 26-yard field goal later in the quarter for a 10-3 lead. But the Broncos' defense quickly swung the momentum back in their favor. Late in the quarter as the Hilltoppers were looking to pad their lead, fifth year player Kareem Ali came up with an interception from Storrey and returned it 88 yards for a touchdown. Kapps' extra point tied the game at 10-10 heading into halftime.

The Broncos regained the lead about halfway into the 3rd Quarter as senior Jon Wassink threw a 6-yard touchdown pass to redshirt freshman Dashon Bussell. The extra point by Kapps made the score 17-10.

Western Kentucky tied the game early in the 4th Quarter as Storrey threw his second touchdown pass of the game with a 5-yarder to redshirt senior Lucky Jackson. Munson provided the extra point as the game was tied once again 1t 17-17.

On what look like and wound up being their final offensive drive of the game, Western Michigan could have attempted a go-ahead field goal of about 47 yards with 31 seconds left but instead went for it on 4th Down and-3 at the Western Kentucky 30-yard line. Wassink's pass into the end zone intended for senior Giovanni Ricci was broken up by senior defensive back Ta'Corian Darden.

Broncos' head coach Lester said he passed on a field goal try because the kick would have been into the wind. Kapps' long this season was 45 yards.

"If we were going the other way, we would've kicked it for sure," Broncos head coach Tim Lester said. "It was different going into the wind. We had a one in a hundred chance. If we were inside the 10 or 15 it would've been different. We had a great call on that down."

The turnover on downs gave the Hilltoppers the final drive of the game. On the very last play with time running out, Helton ran his offensive players off the field for the special teams unit to kick the field goal and then ran them back on the field again. The confusion was set in for the Broncos as they were caught with 12 men on the field on the hail mary play, which was the final play of the game. With the five-yard penalty on the Western Michigan 35-yard line, the Hilltoppers had an untimed down play to run.

Helton sent the field goal unit on the field for Munson, who missed a 28-yard field goal earlier. Munson stepped up and made the bowl clinching kick of a lifetime from 52 yards, his now new career high, as Western Kentucky defeated Western Michigan 23-20 to win the SERVPRO First Responders Bowl.

"I was just breathing and saying to myself: 'You got this. Don't worry about the last kick. You got this one. Just stay calm,' and I just swung through it," Munson said. "Next thing I knew, it was up there."

"We knew we could make the kick when we saw they had 12 men on the field and might get penalized," Helton said. "I wanted our true freshman Cory Munson to get a chance to kick it, and he did. It was a great kick."

"That was the wildest ending I've ever been a part of," Ty Storey said on the field to reporters after the game. "We knew they had a lot of people out there. They were rushing four and still dropped eight. Just doesn't add up. We knew something was up and thankfully they went back and saw it."

The Hilltoppers outgained the Broncos 481-317 in total yards of offense. Ty Storrey completed 35 of his 51 passes for 358 yards for two touchdowns along with two interceptions.

Lucky Jackson, who broke his own single game receptions record, hauled in 17 receptions for 148 yards with a touchdown. Jackson, who shares the name of Elvis Presley's lead character in "Viva Las Vegas," became the fourth Western Kentucky University player to have 1,000 receiving yards in a season and moved into second place in career catches with 209, behind Taywan Taylor's 253.

The Hilltoppers will open at home against Chattanooga on Sept. 5th and will again play two Power Five programs: at the Louisville Cardinals again and the Indiana Hoosiers next season. They play both defending Conference USA division winners on the road: Florida Atlantic and UAB.