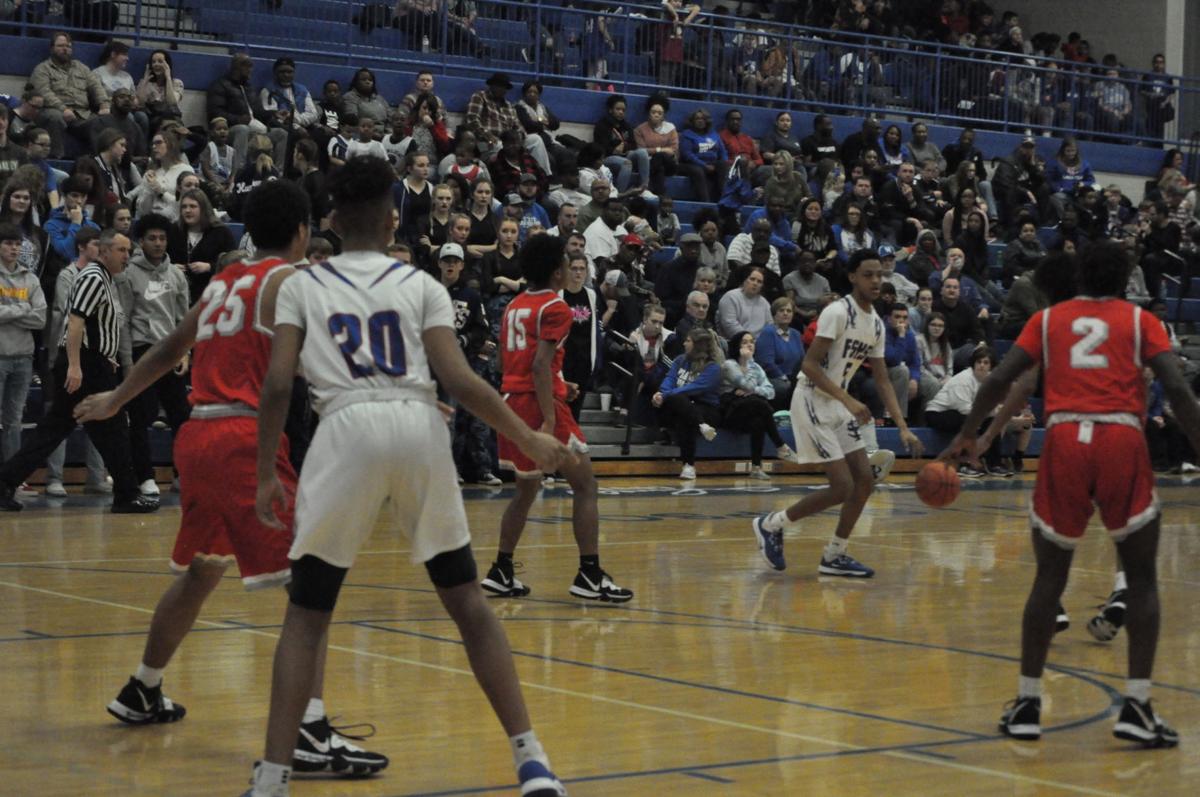 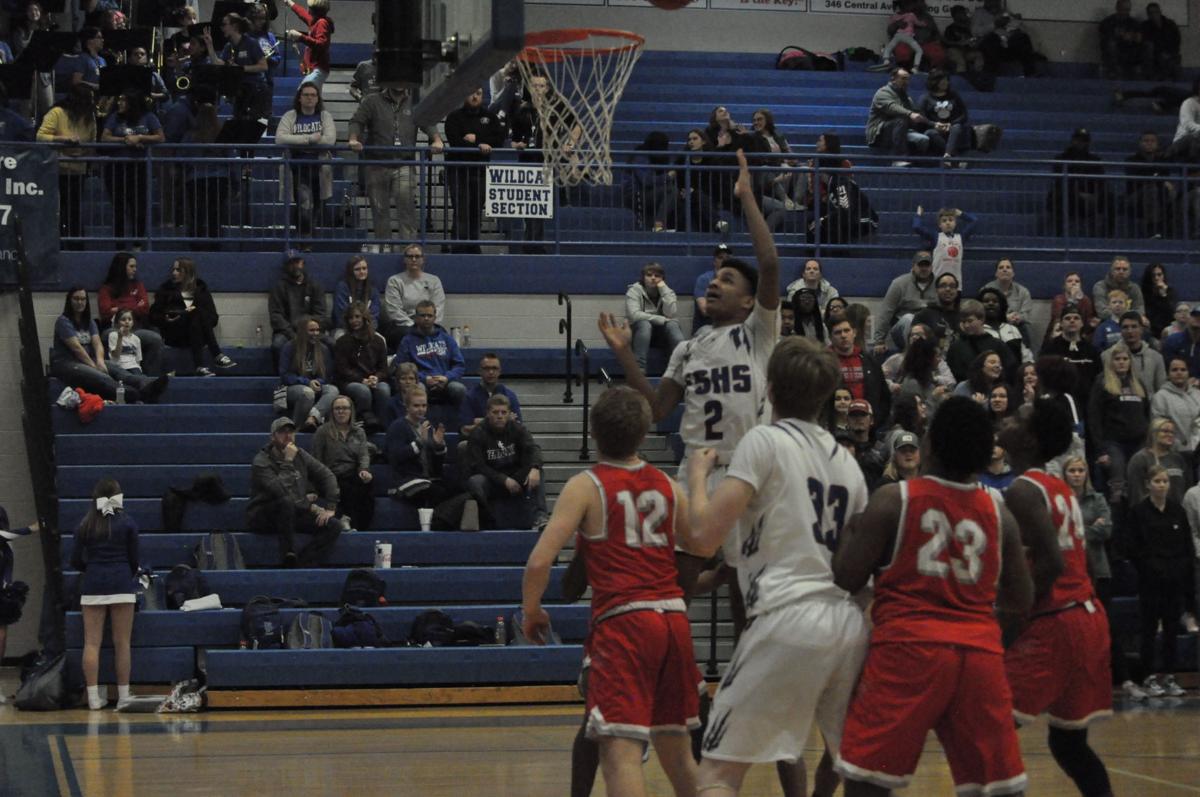 The Franklin-Simpson Wildcats won their third game in 13th District play with a 63-39 victory over the Todd County Central Rebels.

“We are very happy to get back on the right side of the record column,” Wildcats head coach Dee Spencer said. “The guys shot the ball well tonight. Defensively, we had some breakdowns that we should not have been having but overall, I thought that we played well as a team.”

“Good team effort,” Isaac Marshall said. “We shot the ball well. The team had some good energy tonight and we fed off of each other. We had a tough stretch last week and we learned perseverance. We learned how to get through it, stay together, keep our heads up and keep working hard.”

The Wildcats, who are 3-2 in the district, have solidified themselves to be in the 2-3 matchup in the upcoming 13th District Tournament where they will play either the Russellville Panthers or Todd County Central at Russellville High School.

Back to back 3-pointers from juniors Andreyous Miller and Kyjuan Stutzman gave Franklin-Simpson an 8-2 lead early in the 1st Quarter. Later junior Isaac Marshall’s 3-pointer along with Stutzman, who knocked down his second 3-pointer of the quarter, gave the Wildcats a 14-6 lead. But Todd County Central closed the quarter on a 6-0 run with baskets from senior Austin Rager and sophomores Amari Andrews and Anthony Johnson as they trailed 14-12 at the after one.

3-point shooting was key for Franklin-Simpson in the 2nd Quarter as Miller buried two 3-pointers early on, his third of the game overall. Senior Logan Lacouture along with Marshall each scored a basket as they led 24-18. The Wildcats’ defense held the Rebels to six points in the quarter as Stutzman knocked down back to back 3-pointers, his fourth of the game, to extend their lead to 30-18 at halftime.

Back to back baskets from Rager and sophomore Preston Moore put Todd County Central to within single digits, 30-22. But Miller and Stutzman had a huge 3rd Quarter as they combined to score 15 points as Stutzman made six free throws and Miller converted a traditional three-point play as the Wildcats pushed their lead to as high as 19 points and led 47-30 at the end of three.

Miller converted another traditional three-point play with senior Dawson Knight dropping a 3-pointer as Franklin-Simpson pulled away in the 4th Quarter. Freshmen Jalen Briscoe and DeMarcus Hogan combined to make six free throws with K.J. Hardesty scoring the final field goal of the game as the Wildcats defeat the Revels 63-39 for their third 13th District win of the season.

“We held Todd County Central to 39 points. I’ll take it but we could have played better,” Spencer said. “The guys weren’t talking, not communicating with each other. They should be talking to know what exactly we’re doing.”

Andreyous Miller led all scorers with a game high of 23 points with Kyjuan Stutzman adding 20 points for the Wildcats.

The Wildcats will host the Russellville Panthers for Homecoming this Friday night at the F-S Gym. The game is part of a boys/girls varsity doubleheader. 1220 WFKN Franklin radio will broadcast the boys game beginning with the pre-game show at 5:50 p.m. with tip-off time at 6: — p.m..

The game will also be broadcasted on the internet by going to www.franklinfavorite.com and click on the WFKN link in the blue toolbar. Then press the WFKN Sports tab and click the play button.