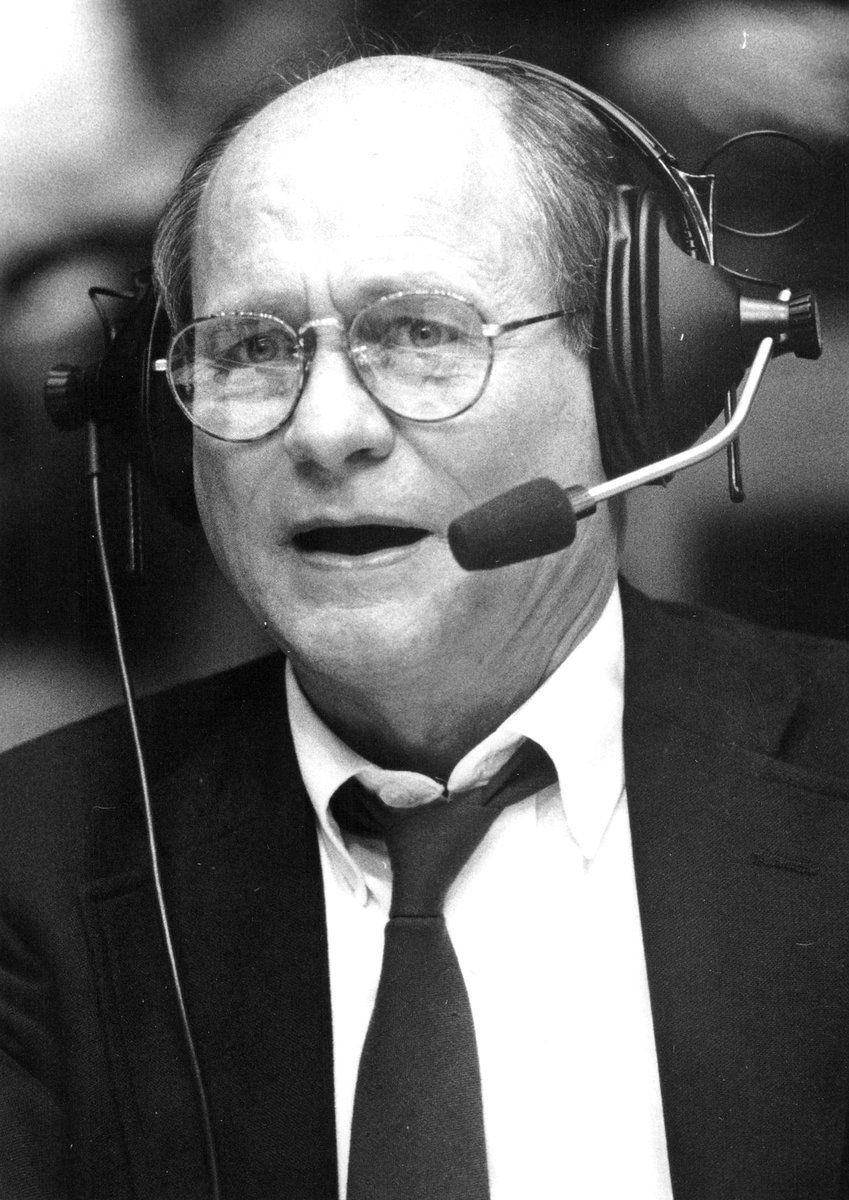 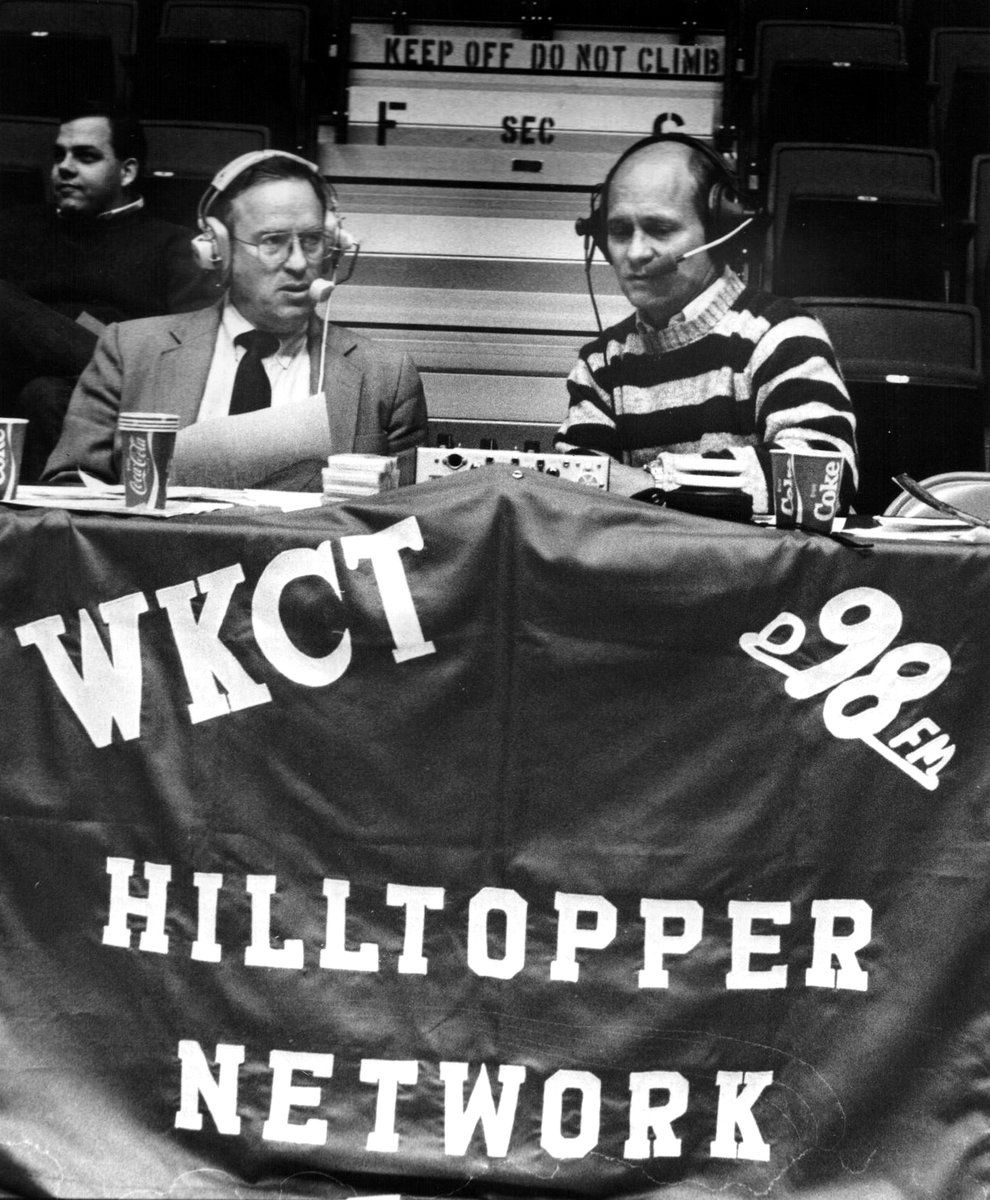 Charles Wesley "Wes" Strader, "The Voice of the Hilltoppers" as the radio play-by-play broadcaster for Western Kentucky football and men's basketball for 36 seasons, and one of the most influential and prominent figures in Kentucky's sports broadcasting, died Jan. 9, at the age of 79.

His radio show aired on 1220 WFKN Franklin radio over the years, where he and his passion for high school and Hilltopper sports left a lasting impact on the community. He also wrote the forward on WFKN's book celebrating 50 years of broadcasting in 2012.

A Barren County native, where he grew up on the family farm near Hiseville, Strader graduated from Hiseville High School, where he played both basketball and football.

His passion for Hilltopper Athletics goes back to the late 1940s, where at the age of 10, he began regularly attending athletic events at Western Kentucky with his father, who was a season-ticket holder.

His career in radio began at WKAY, now WGGC, in Glasgow in 1957 while he was in college at Western Kentucky. He enrolled at the university in 1955 where he spent three years before transferring to the University of Kentucky to obtain a degree in radio arts.

While in Lexington, he began doing radio play-by-play of athletic events, first with the campus station and later as a back-up on the University of Kentucky network and doing high school games in nearby Frankfort.

Strader then returned home to Hiseville to help with the family dairy business. It was then that Hank Brosche, the owner of WKCT radio in Bowling Green, asked him if he would be interested in doing the play-by-play if the station added game coverage of Hilltopper sports.

That was in 1964, and Strader has been associated with Hilltopper football and basketball ever since. His first basketball game broadcast was the opening game of the Hilltoppers' 1964 basketball season that featured the first games for Head Coach John Oldham and All-American Clem Haskins.

Strader handled WKCT, later WBLG, Hilltopper game broadcasts for the next 36 years until the conclusion of the 1999-2000 season. In 2000, he began a post-game call-in show following Kentucky basketball games while maintaining his regular sports talk show in Bowling Green for eight years.

Inducted into the Kentucky Athletic Hall of Fame in 2002, Strader earned a reputation as one of the outstanding radio sports broadcasters in the state through his work covering Hilltopper basketball and football and through his longtime involvement with the broadcast of the Kentucky High School Athletic Association "Sweet Sixteen" boys' state basketball championship tournaments.

On Feb. 21, 2013, Strader was honored by his alma mater when Western Kentucky unveiled a banner bearing his name in the rafters of E.A. Diddle Arena alongside those recognizing celebrated athletes and coaches in the history of Hilltopper and Lady Topper basketball. His banner remains the only one across all Hilltopper sports for someone who is not a former player or coach.

Over the years, Strader's career overlapped with many of Western Kentucky University's most notable coaches, administrators and student-athletes. Forty-seven of the 88 members of the W-Club's Hall of Fame inductees from football and men's basketball played or coached during Strader's time behind the microphone.

In 2008, Strader returned to host Hilltopper pregame and post-game call-in shows until 2017. He is also the namesake of the local "Wes Strader Schoolboy Classic." The event, now entering its third year, is a high school basketball tournament which annually features eight top local, regional and national teams.

Strader has had a major influence on current and potential sports writers and broadcast journalists. I first met him when I was enrolled at Western Kentucky University and when he spoke to us at WWHR, Western's campus radio station, he told us to be genuine, knowledgeable and that there is nothing wrong with showing passion whether it's in broadcasting or writing. He has helped many people in this industry and treated everyone equally no matter who they were, and his legacy lives on through all of us. A Christian man with devout faith, Strader was loved and cherished by many and will be sorely missed.

After his final career game, five-time NBA basketball champion Kobe Bryant from the Los Angeles Lakers said something I feel sums up what Strader has meant to everyone: "Heroes and idols may come and go but legends will stand the test of time and last forever."