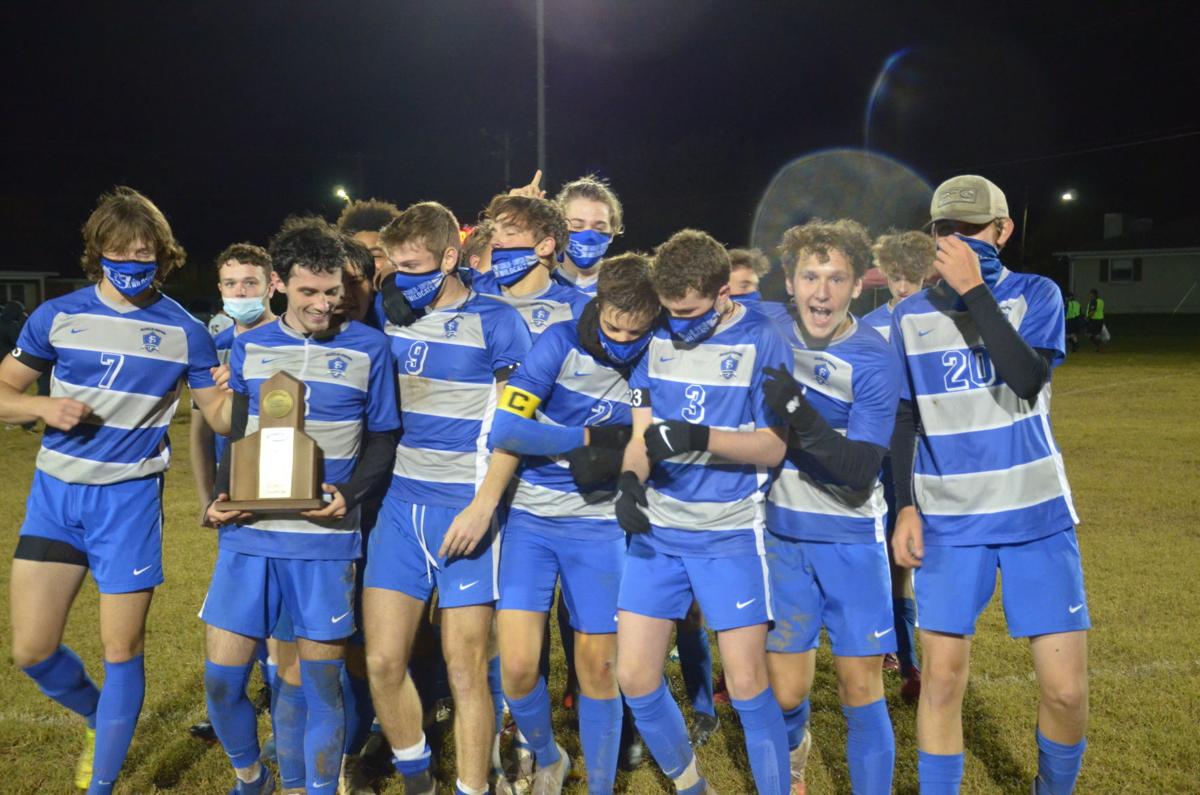 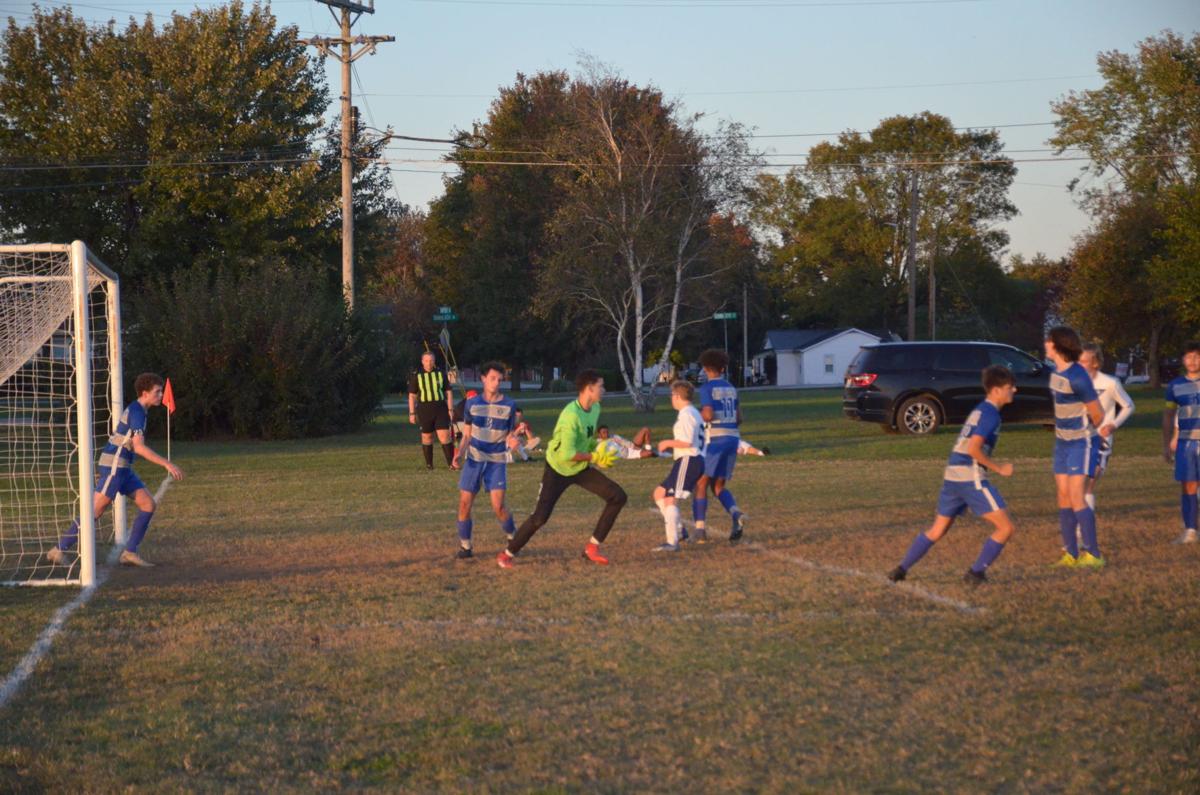 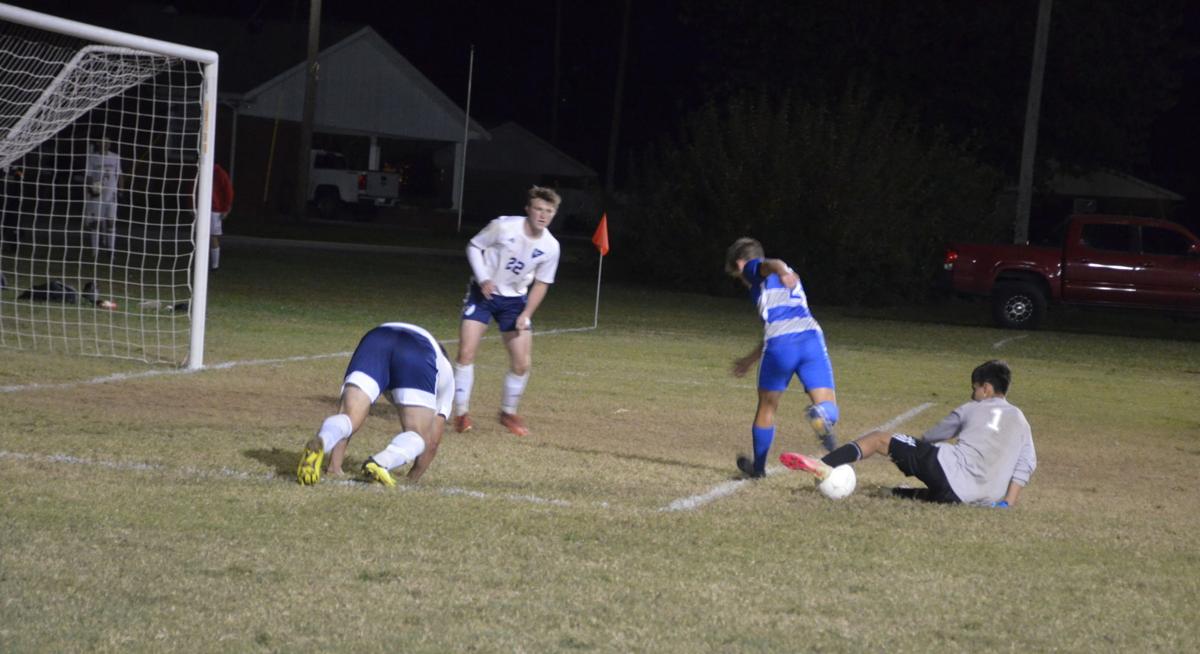 It’s the second district tournament championship in the past three seasons for head coach Justin Dyer and his coaching staff and players.

The Franklin-Simpson Wildcats’ soccer team recorded their third shutout in district matches this season as they advanced to the championship match of the district tournament with a 3-0 victory over the Logan County Cougars. Ironically, that’s the same score they defeated Logan County to win the 13th District Boys Soccer Tournament in 2018.

“We wanted to be competing for the district championship and we have an opportunity to do that,” Wildcats head coach Justin Dyer said. “We also get to extend our season with two more games and I am really excited about that.”

Junior Logam Garner scored the first goal of the match in the 1st Half as the Wildcats led 1-0 at intermission.

Even though the Wildcats earned the victory, head coach Justin Dyer was not very pleased on his team’s performance.

“I have really high expectations for this team especially heading into this tournament,” Dyer said. “I don’t think we played well at all so give credit for Logan County for that. Probably the best game they played all year and they threw us off our game and we can’t let that happen. We need a mental refresher and we all need to refocus to get ready for Thursday’s championship game.”

Steven M. Sipple: Martinez gets a good sign from Frost; and the coach weighs in on 'fishbowl'

The Wildcats scored four goals in both halves of last Thursday night’s championship match for the 8-2 victory that secured the 13th District Boys Soccer Tournament championship for the second time in three seasons.

“Love winning district tournaments,” Dyer said. “Our expectation was to compete and win this, giving us a shot at the region. Tuesday, had a heart to heart talk with them because the focus was not there. When they walked in tonight, I saw it in their faces, they were ready and I am really proud of how they played. Couldn’t have asked for a much better result than this.”

Jenkins for a 4-1 lead at intermission.

The Panthers scored a goal that cut their deficit down to two, but Franklin-Simpson quickly scored four goals with two by junior Ben Banton along with seniors Ben Campbell and Nathan Campbell.

“Came out with great intensity, worked hard with good ball movement. Put two goals on them pretty quickly and just smacked them up from there,” Banton said. “I had two great headers, one from Alan (Olivo) and from a corner kick by Gabe (Jones). For some people, winning the district tournament is a great accomplishment but for us, it’s only the beginning.”

Olivo added three assists with and an assist from Campbell, Jenkins and McKenney along with junior Logan Garner and sophomore Gabe Jones. Sophomore Connor Vincent stopped seven shots a s the Wildcats won the 13th District Tournament Championship 8-2 over the Panthers.

“It feels good to win,” Campbell said. “Winning district is always the first step to bigger things and we aren’t done yet. We have bigger goals in our sights. We’re still very hungry with something to prove.”