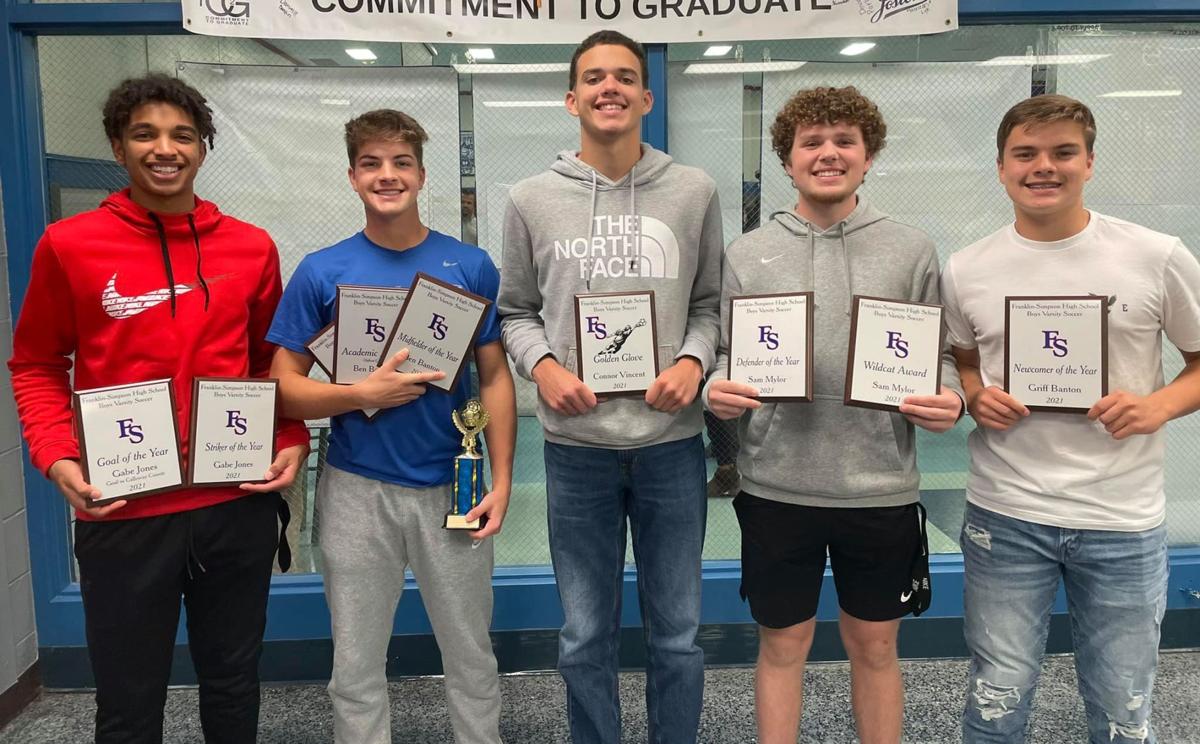 Some of the Wildcat Award winners from their awards banquet are: (from left to right) Gabe Jones, Ben Banton, Connor Vincent, Sam Mylor and Griff Banton. 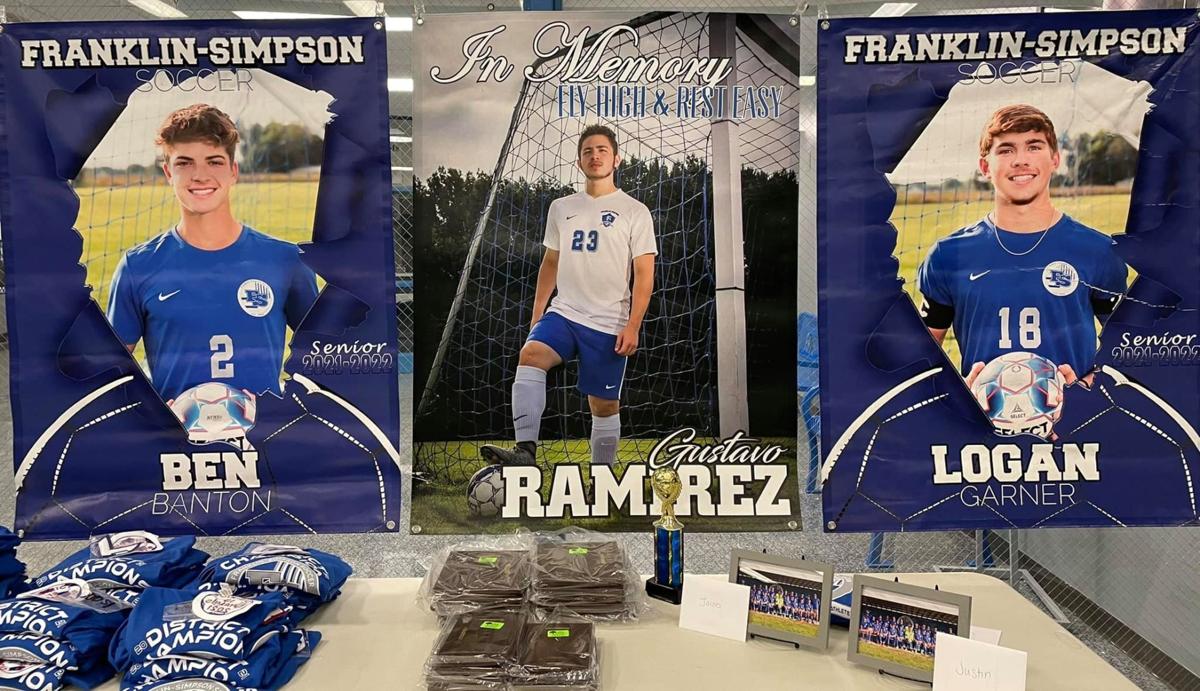 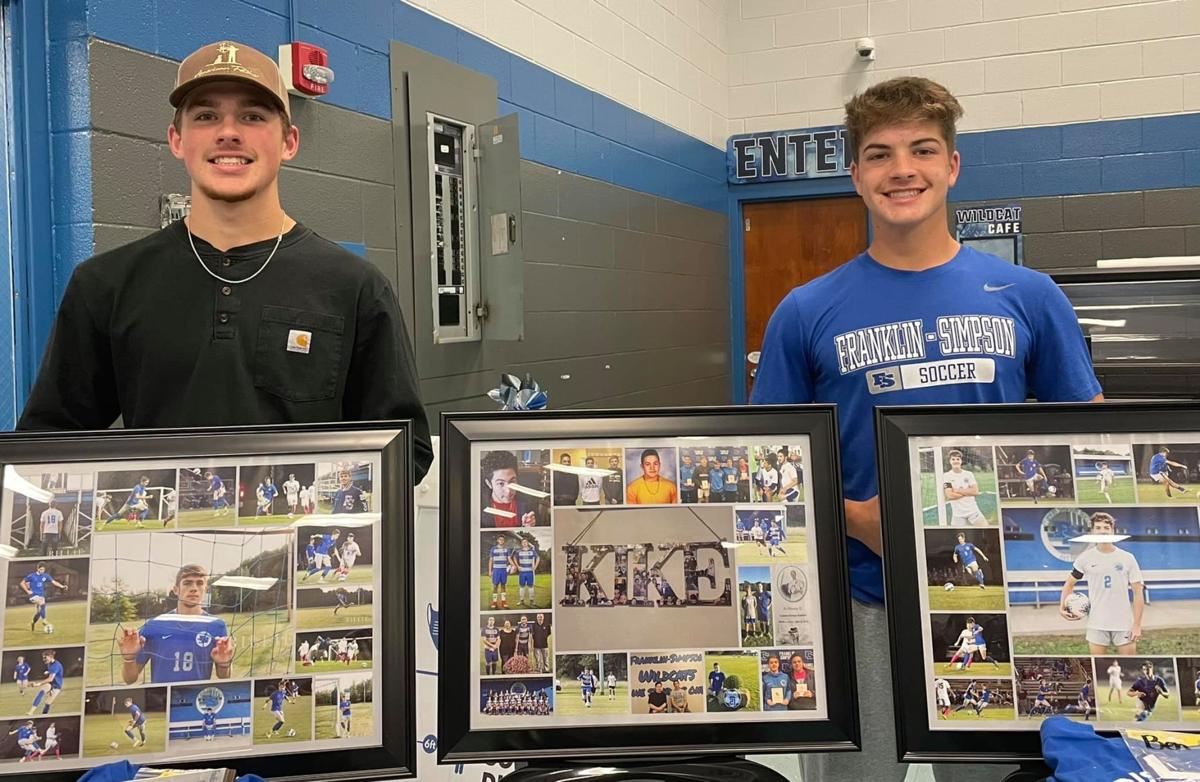 Some of the Wildcat Award winners from their awards banquet are: (from left to right) Gabe Jones, Ben Banton, Connor Vincent, Sam Mylor and Griff Banton.

The team went undefeated in eight 13th District matches, winning the regular season and tournament championships. They also finished as semifinalists in the inaugural Class 2-A Boys’ State Soccer Tournament and won a match in the 4th Region Boys’ Soccer Tournament for the first time since 2006.

“This has been one of the most fun years I have had as a coach with the way the team came together — the culture we are building as a program, the personalities of everyone, the buy-in from all 23 guys,” Wildcats’ head coach Justin Dyer said. “They were always willing to put in the work to be the best they could be — finish through the line on sprints, push their teammates to finish the last lap, redo a drill until it was done correctly, and so many more things throughout the year. Their dedication to having Discipline paid off in one of the most successful seasons in FS Soccer history. Our seniors, Ben and Logan, will definitely be missed going into next season, but I know we will have other players step up and be ready to compete. Excited to see how next year turns out.”

Goal of the Year (Match tying goal vs. Calloway County in 2-A Quarterfinal Round) — Gabe Jones

Defender of the Year — Sam Mylor

Midfielder of the Year — Ben Banton

In ‘huge pickup’ Rasul Douglas, Packers find themselves an ‘unbelievable pro’ — and a game-changer

Winger of the Year — Logan Garner

Striker of the Year — Gabe Jones

Keeper of the Year — Connor Vincent

Newcomer of the Year — Griff Banton