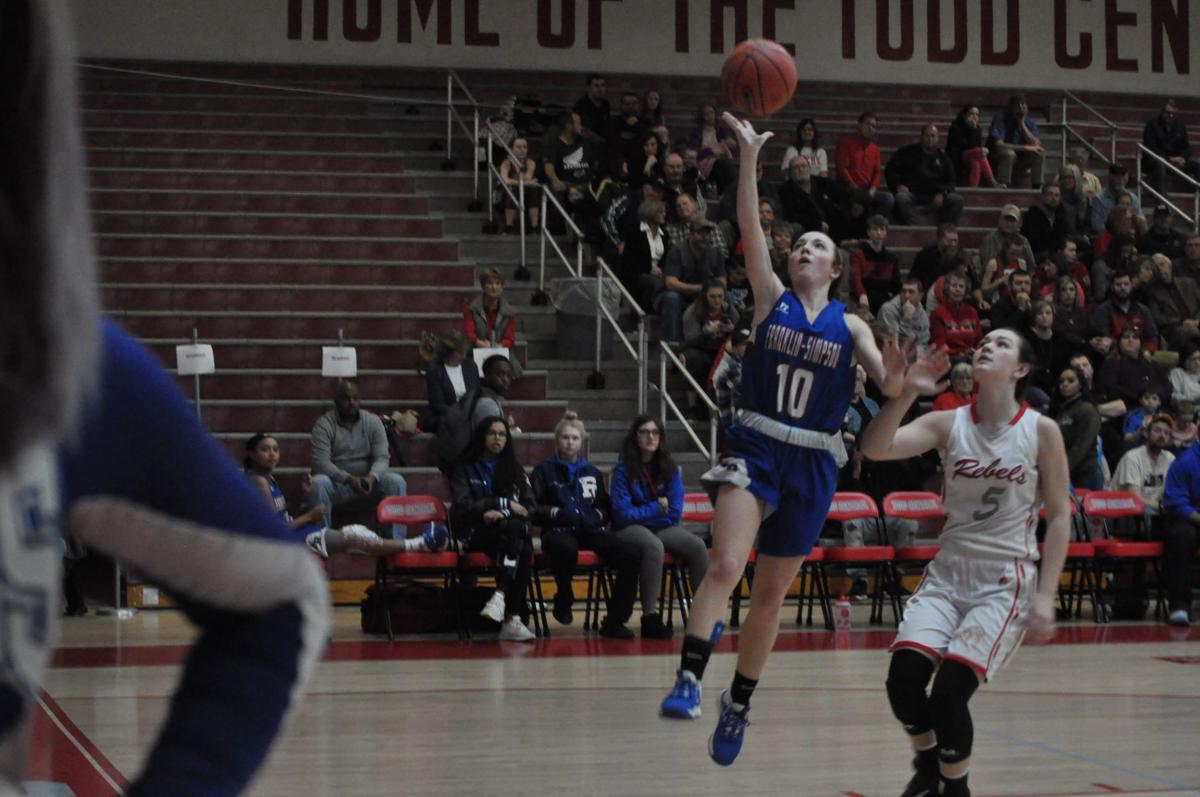 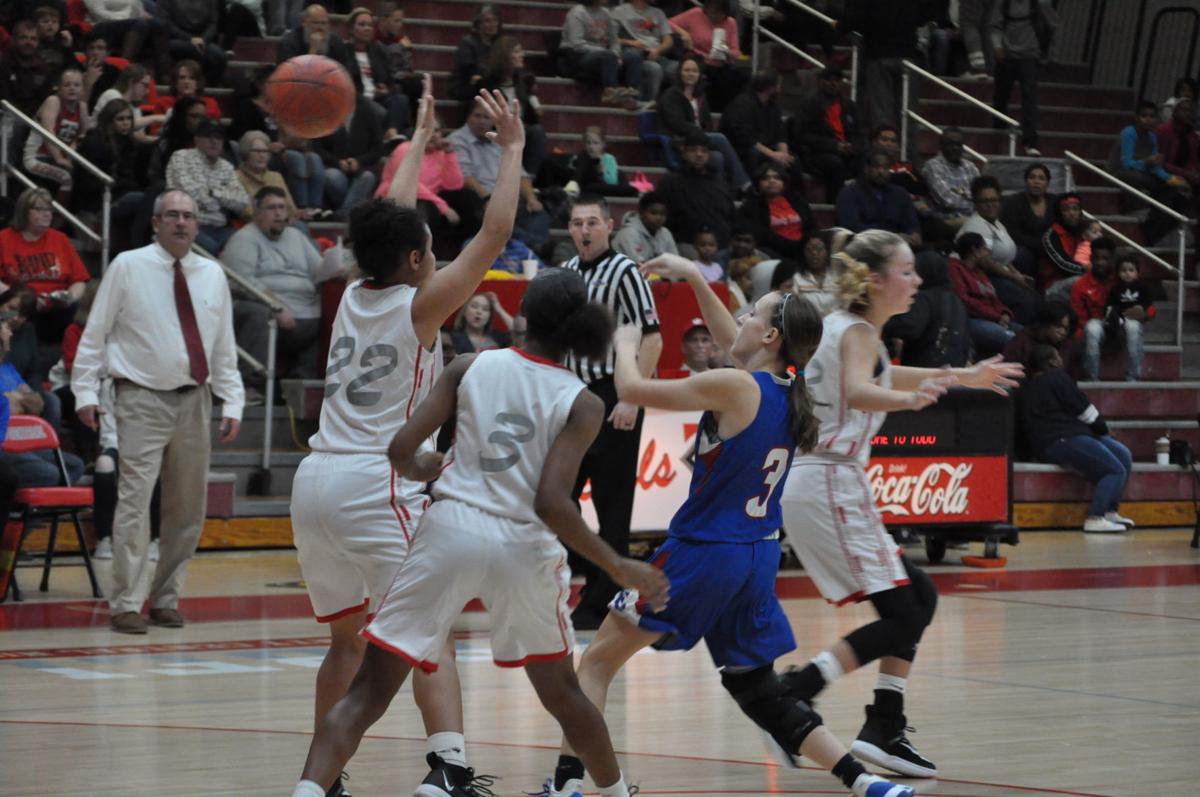 The Franklin-Simpson Lady Cats picked up another 13th District win last Friday night as they went on the road and defeated the Todd County Central Lady Rebels 54-25.

“Tonight was our best team game we have ever played,” Kate Norwood said. “Everybody was sharing the ball and it was enjoyable to play with.”

Lady Cats got off to a fast start in the 1st Quarter with a 15-4 lead with two 3-pointers from junior Kate Norwood and one 3-pointer from junior Alera Barbee. Lady Rebels’ freshman Lucy Chester also made a 3-pointer but it was Norwood’s 3-pointer, her third of the quarter, as time expired that gave Franklin-Simpson a 18-6 lead at the end of the first.

A steal off an inbounds pass with a basket by freshman Ashanti Johnson began the 2nd Quarter and later with a 3-pointer from senior Evyn McCutchen, the Lady Cats had a 25-9 lead. Freshman Shelby Johnson had three points for Todd County Central but Barbee led all scorers with four points in the quarter as Franklin-Simpson led 27-14 at halftime.

The Lady Cats’ defense stifled the Lady Rebels as they held them to three points in the 3rd Quarter with their only field goal made by sophomore Tamiya Foster. Their offense was in high gear as McCutchen and freshman Conleigh Wilson combined for three 3-pointers early on for a 38-15 lead. Barbee, Norwood and Johnson each scored four points as Franklin-Simpson led 48-17 heading into the 4th Quarter.

“The kids were lighting it up in the 3rd Quarter and when you have a 17, 18-point lead, the rim just gets bigger,” Lady Cats head coach Lex Lindsey said. “We shot a lot on Monday because I don’t want anybody else to get banged up. The shoot around paid dividends for us. We got our second win in the district and we are still in the hunt in competing for the number one seed.”

Wilson’s layup that started the final quarter for their biggest lead of the game, 50-17. The Lady Cats’ reserves came into the game at that point with freshman Jakaya Warfield dropping a 3-pointer and Johnson adding a free throw as Franklin-Simpson rolled on for their second district win of the season with a 54-25 victory over Todd County Central.

“We got off to a good start and the end of the 1st Quarter was really good,” Lindsey said. “We hit some shots and made nine threes overall for the game. I always preach to get to the rim but the kids did a great job of recognizing to take a shot. No one took a bad shot tonight. Plus the kids did a great job of sharing the ball in transition. That’s the stuff I am looking for. You could have taken the layup and probably make it but instead, you pass it to a teammate and you’re guaranteed to make it.”

Alera Barbee led all scorers with a game high of 15 points with Kate Norwood scoring 13 points and Evyn McCutchen adding 11 for the Lady Cats. The team made nine 3-pointers with McCutchen and Norwood each making three.

“We all played team ball and that was the biggest thing,” Evyn McCutchen said. “I stressed that if you see somebody open and you don’t want to take the shot, pass the ball and then shoot it. That is something that Kate (Norwood), Conleigh (Wilson) and myself did. That’s why we got so many threes tonight.”

We all had the confidence to shoot and we just let it go,” Conleigh Wilson said. “Evyn (McCutchen) and I shot threes after practice and the more we get players to do that, I think we will make more and out shooting percentages will be higher.”

No player scored in double figures for the Lady Rebels as Shelby Johnson scored a team high of six points.

The Lady Cats are on the road at Greenwood on Tuesday night and at the F-S Gym next Friday against Logan County in an important 13th District game. Both games are part of a girls/boys doubleheader and 1220 WFKN Franklin radio will broadcast both games beginning at 6:00 p.m.