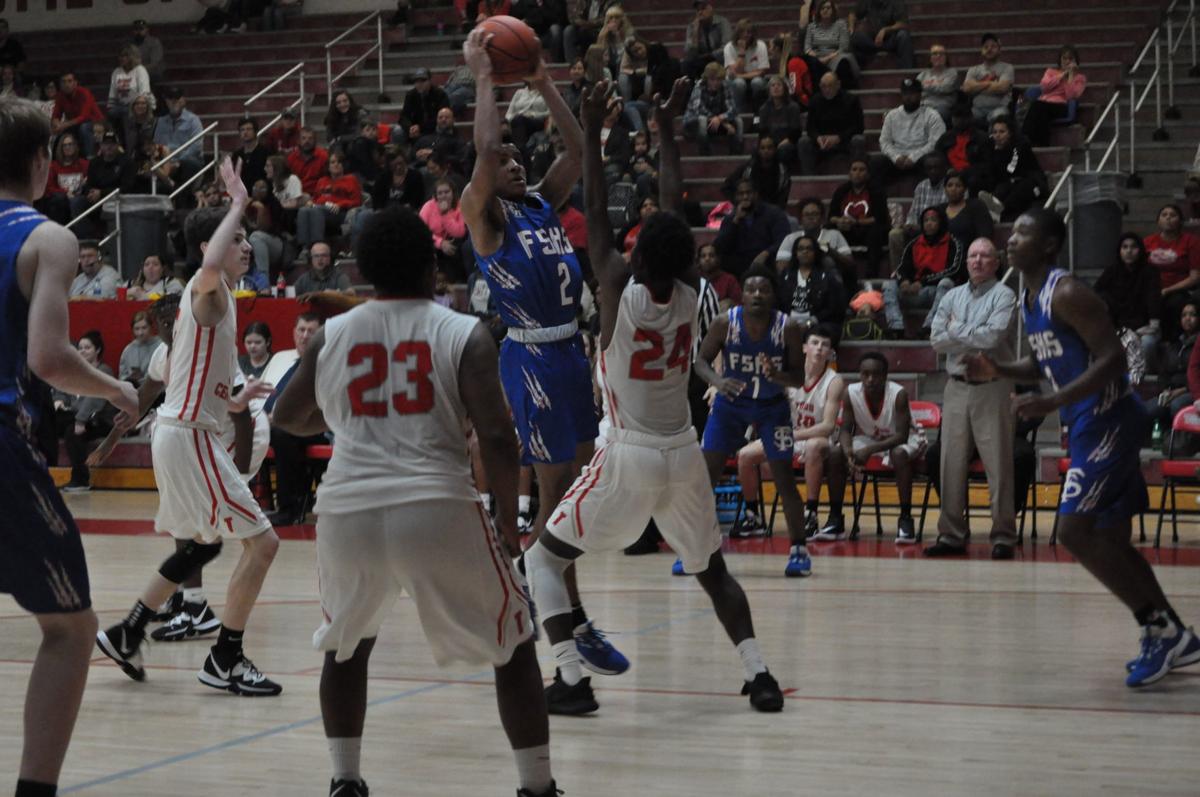 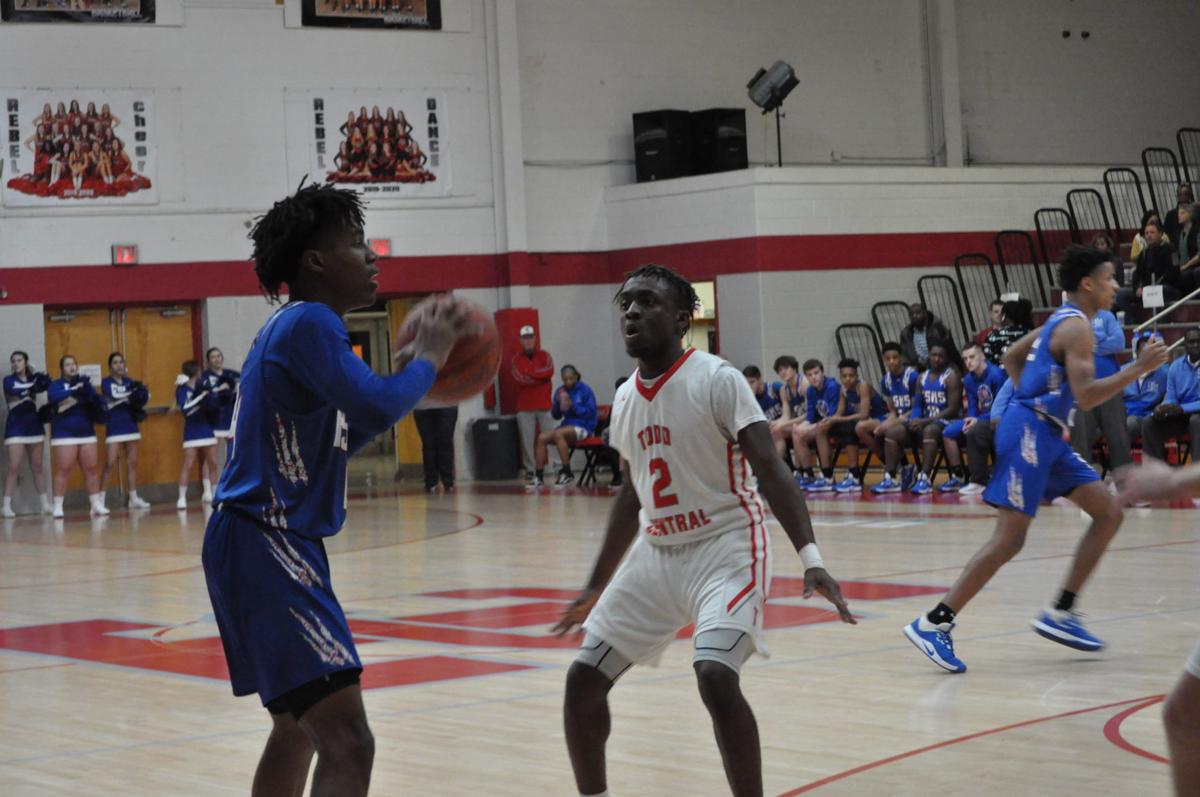 The Franklin-Simpson Wildcats used a strong second half surge to take over the game to defeat the Todd County Central Rebels 55-42 last Friday night’s 13th District game in Elkton.

The Wildcats improve to 2-1 in 13th District play, 8-6 overall for the season as the Rebels remain win-less in district play at 0-2 with an overall record of 2-12.

“I always say I will take an ugly win over a pretty loss any day; Wildcats head coach Dee Spencer said. “Nobody has played well here. It’s just one of those gyms and they do a good job of making the game ugly. They make you play their style of play and they made shots. That’s a good way of not letting us run. They made shots in the 1st Half but we played better defense in the 2nd Half. We locked up, did a good job of playing defense without fouling.”

Franklin-Simpson senior Demarco Chatman and junior Kyjuan Stutzman provided all the scoring in the 1st Quarter as they each scored six points. They lead for most of the quarter but Todd County Central finished the quarter strong. Trailing 9-7, they went on a 9-0 run as senior Austin Rager, who made a 3-pointer, scored five points with senior Deonte Toliver and sophomore Anthony Johnson providing baskets for a 16-9 lead. Stutzman’s 3-pointer at the end of the quarter cut the Wildcats’ deficit down to 15-12 at the end of one.

The Rebels maintained their lead throughout the 2nd Quarter as sophomore Preston Moore scoring four points as they extended their lead to as high as seven points, 25-19. Chatman scored seven points and Stutzman’s rebound and basket off a missed shot as time expired in the 1st half cut the Wildcats’ deficit down to three, 26-23 at halftime.

“I didn’t get on them like I normally would. I challenged them a little bit but I didn’t go like I have done before,” Spencer said. “I wanted them to look at the moment and be ready to play in the 2nd half.”

What Spencer said to his team at halftime worked because defensively, they locked down Todd County Central as they forced turnovers and bad shooting as they were held to making one field goal and scoring four points. Plus, Stutzman took over the 3rd Quarter as his two 3-pointers, 10 points scored overall led Franklin-Simpson to a 30-30 lead after three quarters.

“Demarco (Chatman) pulled me aside at halftime and said it is not Andreyous’ (Miller) night so we got to take over,” Kyjuan Stutzman said. “Whatever you can do to help is good but me and you have to take over and everyone else will fall in.”

Junior Andreyous Miller took over the 4th Quarter as he scored 10 points that gave Franklin-Simpson their first double-digit lead of the game. 50-40. Free throws from Chatman, Miller and Stutzman down the stretch with their defense that allowed 16 points in the 2nd Half gave the Wildcats their second district win of the season by defeating Todd County Central, 55-42.

Kyjuan Stutzman led all scorers with a game high of 22 points with Demarco Chatman scoring 18 points and Andreyous Miller adding 12 for the Wildcats.

“Second half, Kyjuan (Stutzman) took over the game,” Spencer said. “He led us as a leader, talked to his teammates and just tried to get them going.”

Preston Moore, Austin Rager and Deonte Toliver each led the Rebels in scoring with 11 points.

The Wildcats are on the road at Greenwood on Tuesday night and at the F-S Gym next Friday against Logan County in an important 13th District game. Both games are part of a girls/boys doubleheader and 1220 WFKN Franklin radio will broadcast both games immediately following the girls’ game that begins at 6:00 p.m.