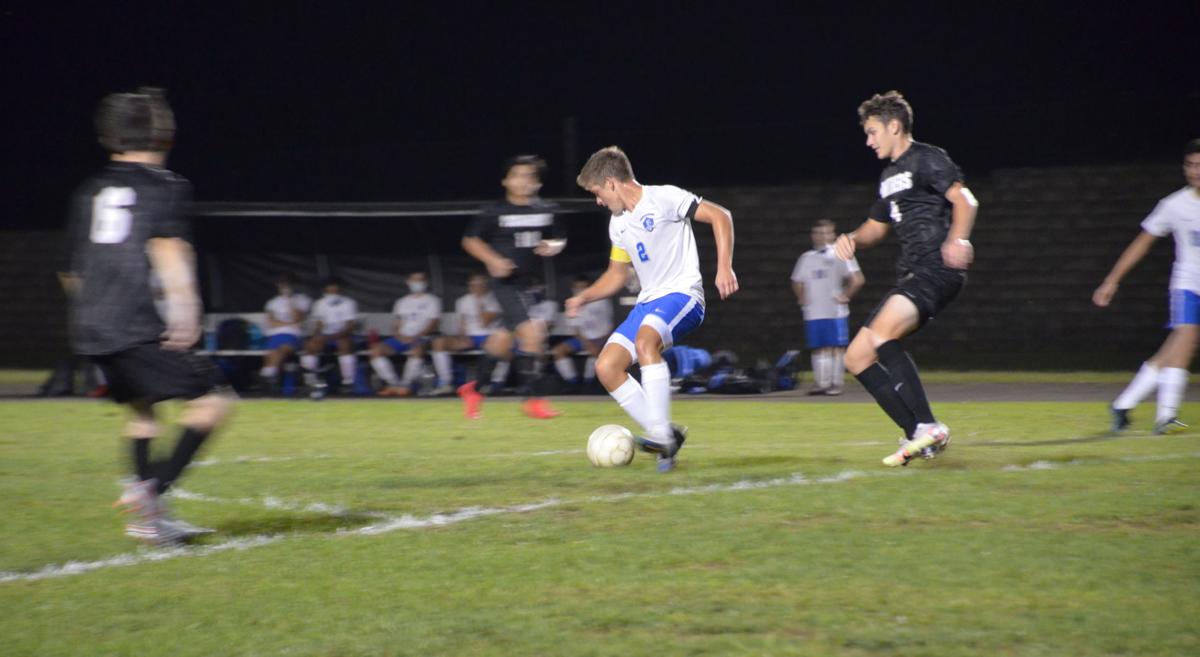 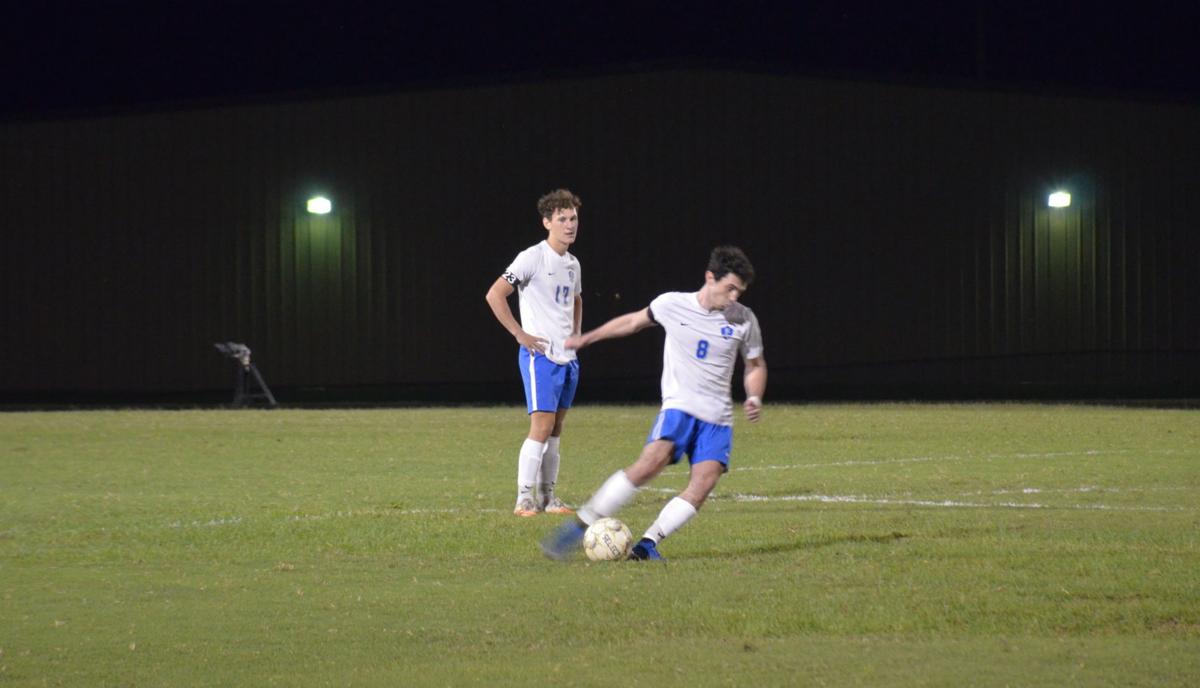 Wildcats' sophomore Levi Burgess (12) looks on as senior Landon McKenney (8) gives a free kick during the 2nd Half of their 13th District match last Tuesday night at Russellville.

Wildcats' sophomore Levi Burgess (12) looks on as senior Landon McKenney (8) gives a free kick during the 2nd Half of their 13th District match last Tuesday night at Russellville.

The Franklin-Simpson Wildcats’ soccer team placed themselves one win away from wrapping up the 13th District regular season championship with an 8-1 victory over the Russellville Panthers.

“Big game and win for us tonight,” Wildcats head coach Justin Dyer said. “We are in position of clinching the number one seed in the district tournament. This game meant something to us. When we met back in June, the first words out of everyone’s mouth was they can’t wait to play Russellville. We don’t like losing especially in the district tournament. They put us out and heading into tonight, everyone on the roster was chomping at the bit to get at Russellville.”

Junior Ben Banton scored the first goal of the game, unassisted. Senior Ben Campbell, junior Preston Jenkins and sophomore Gabe Jones each had a goal and assist for a 4-1 lead at halftime.

“What happened to us last year in the district tournament to his team really pissed us off,” Campbell said. “We were talking the night before about tonight’s game and showed them who’s boss.”

In the 2nd Half, senior Alan Olivo was involved in all four goals scored. He scored a hat trick along with an assist on Banton’s second goal of the game. Senior Landon McKenney had two assists with Jenkins adding another.

“Tonight we moved the ball well and as a team, we got into some open spaces, our passes were pretty crisp and the defense was on point,” McKenney said. “At the end of the day, we finished it out and executed on the scoring chances that we got.”

“We have added some key players that we didn’t have last year,” Olivo said. “We started working on communicating and sharing the ball more. Last year we were playing two man ball and didn’t work out so well so this season, we are playing to help each other out and make each other better.”