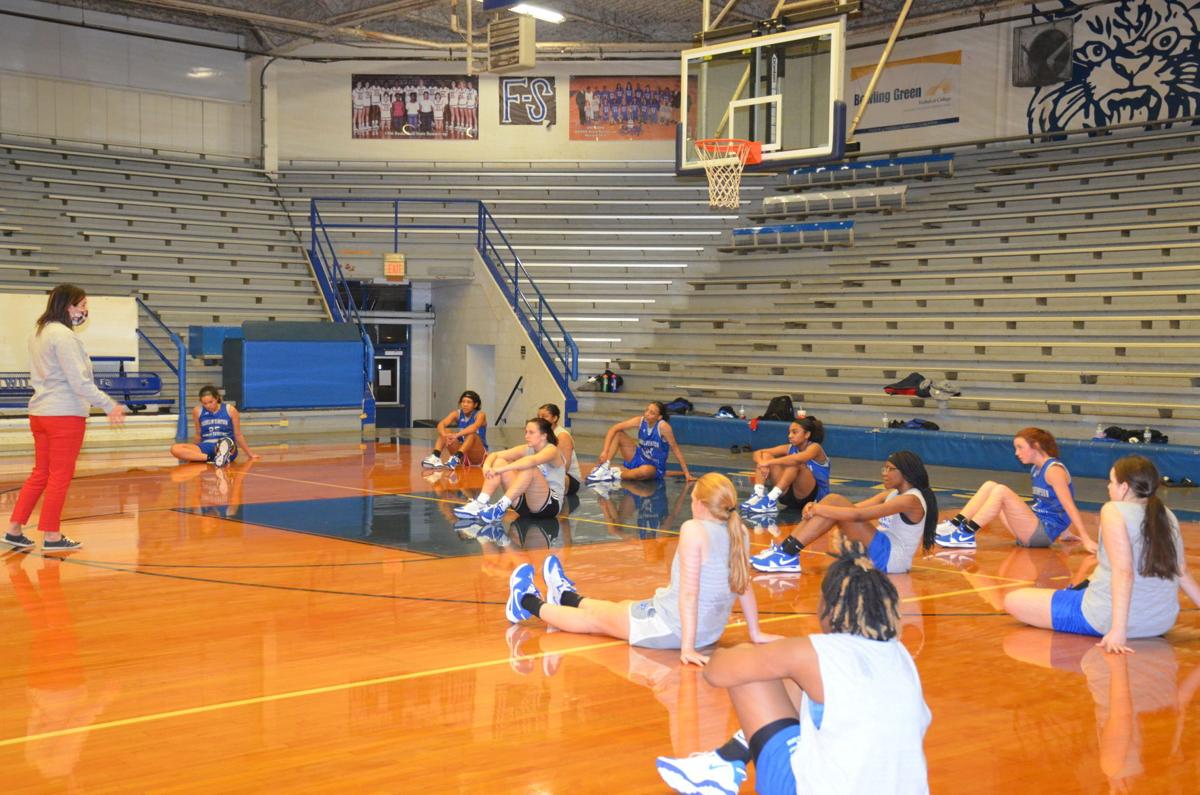 Lady Cats’ head coach Ashley Taylor (left) speaks to her team about preparing for the season opener in January at last Wednesday afternoon’s practice at the old F-S Gym. 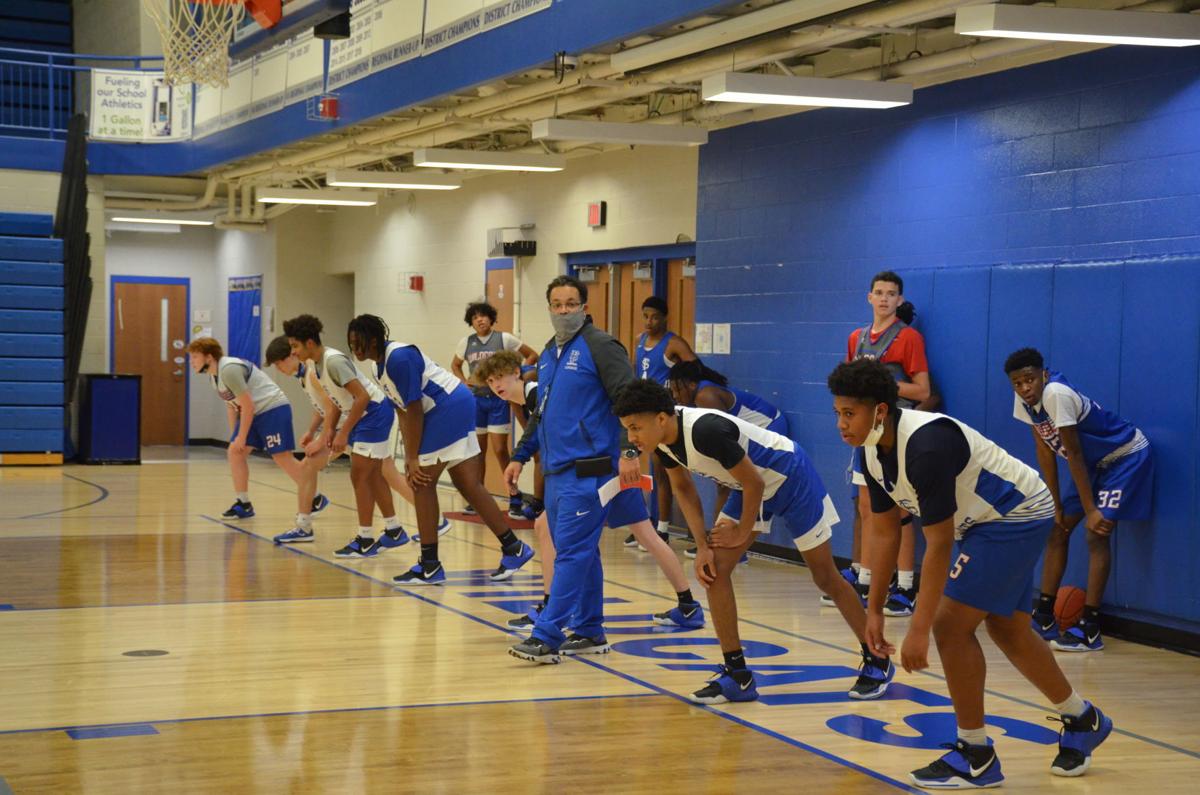 Lady Cats’ head coach Ashley Taylor (left) speaks to her team about preparing for the season opener in January at last Wednesday afternoon’s practice at the old F-S Gym.

With the decision of the Board of Control of the Kentucky High School Athletic Association, Franklin-Simpson High School basketball teams began practice on Dec. 14 for the upcoming 2021 season.

“We are excited to get back to work,” Lady Cats head coach Ashley Taylor said. “We all texted and watched the meeting on Thursday and we are ready to get back in the gym and prepare for our season. Our basketball team is like our family so we are looking forward to it.”

“We are super excited,” Wildcats head coach Dee Spencer said. “We are ready to get back to work. Just want to get as many games in to play as we possibly can. We just want to play.”

Due to Gov. Andy Beshear’s mandate, teams were required to cease team practices until last Monday. The Board of Control also stuck to the original plan of starting winter sports seasons on Jan 4, right after the holiday break. With three weeks to prepare for their basketball season openers, time is of the essence.

“The main thing is to get my guys in shape,” Spencer said. “They had a month off and we got to get them ready to play and in shape in three weeks for our season opener at Warren Central. Everybody is in the same boat and we are trying to get them ready as quickly as we can.”

Lady Cats will get the opportunity to play first on the newly renovated Frank Cardwell Court in the F-S Gym when they host the Hart County Lady Raiders in a girls only game on Monday, Jan. 4. The Wildcats will get to play their first home game of the season on Saturday, Jan. 9 against the Clinton County Bulldogs in a boys only game.

“We open up with girls only home game against Hart County and the girls are ready to play on the new floor with new jerseys,” Taylor said. “So we are preparing for not only them but for the season as well. That means every practice, every game will be used to build ourselves in preparation for the district and get to the region tournament. We need to use every time together possible to spend it in reaching our goals.”

There are 17-19 games scheduled for now. Hopefully both teams will be able to play the majority of their games. Franklin-Simpson High School will host the 13th District Boys and Girls Basketball Tournaments, tentatively scheduled beginning the week of March 15.