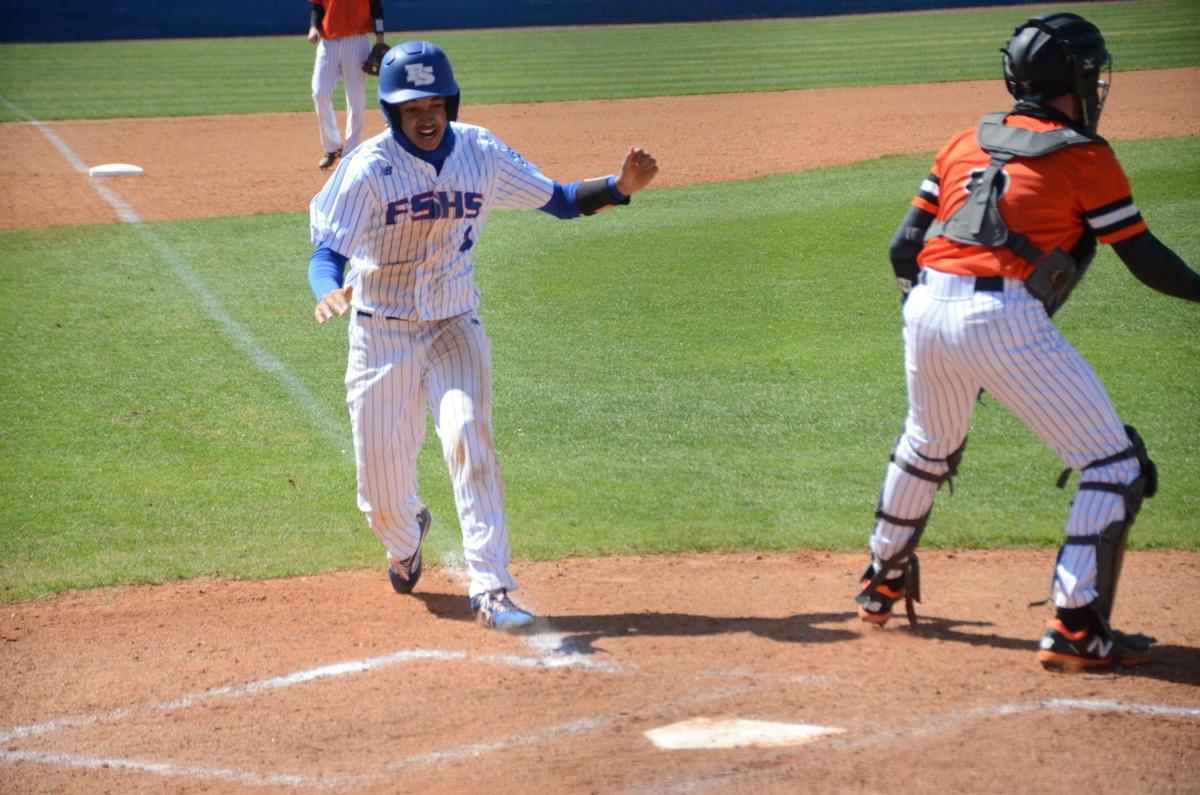 Wildcats’ sophomore Gabe Jones (4) scores the only run of the game for Franklin-Simpson in the bottom of the second inning in last Saturday’s Wildcat Classic at Greg Shelton field against the Hopkinsville Tigers. 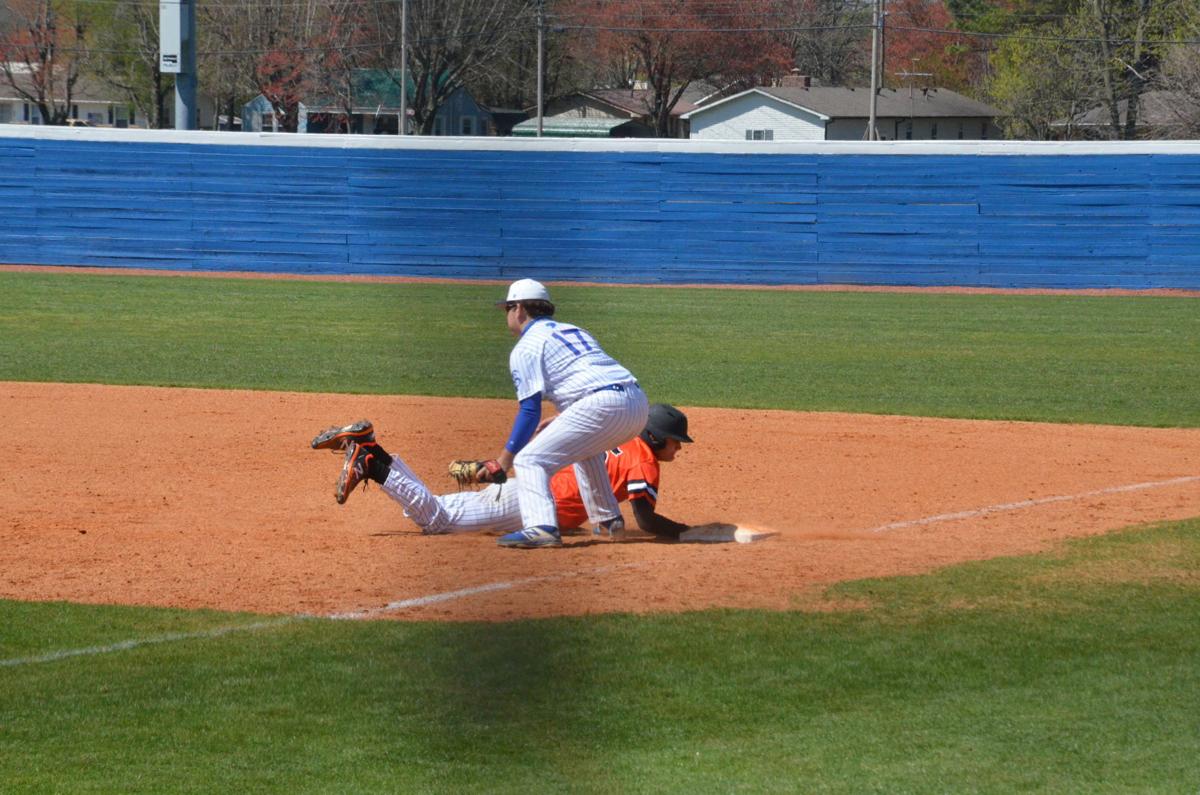 Wildcats’ sophomore Gabe Jones (4) scores the only run of the game for Franklin-Simpson in the bottom of the second inning in last Saturday’s Wildcat Classic at Greg Shelton field against the Hopkinsville Tigers.

The Tigers held the Wildcats to three hits as they were able to grind out a 3-1 victory over the Wildcats.

“That was a great game and a great team too. They have arms and it showed in both of their games today,” Wildcats head coach Matt Wilhite said. “We gave up a couple of runs that we shouldn’t have but the main thing was that we struckout too many times. We battled and it was a great game. Solid defense and pitching with Dawson (Owens), Taylor (Lowhorn) and Isaac (Callis) did a great job. Got into some trouble and they got us out of it. They gave us a chance.”

Trailing 1-0 in the bottom of the 2nd inning, the Wildcats tied the game at 1-1 with a two out RBI single from senior Jake Konow that scored sophomore Gabe Jones, who was a courtesy runner for junior Luke Richardson.

School's out for summer, but Huskers in for busy, compacted 'third quarter' of 2021

Wildcats’ senior Cole Wix was nearly perfect on the mound. He pitched six and one thirds of an inning of perfect baseball until he gave up a hit with one out in the seventh as Franklin-Simpson defeated the Mustangs 4-0 in the final game of the Wildcat Classic.

“Man, two batters away from a perfect game. That doesn’t happen too often. I will not be negative about winning but that really sucks to be that close,” Wilhite said. “But I am proud of our kids as they battled their butts off. Cole (Wix) threw a complete game this afternoon at exactly 80 pitches. Outstanding team effort. He threw the pitches and the team made the plays behind him.”

Wix was the winning pitcher as he threw a complete game allowing just one hit while striking out six. The losing pitcher was Muhlenberg County junior Jake Allen.

“Felt good this afternoon,” Cole Wix said. “Just did what the coaches asked me to do. It’s not just me. The defense played very well for me. It’s not about having a perfect game or a no hitter. It would have been nice but would rather have the win and to go 1-1 today, 2-1 overall to start the season feels really good.”

Wix helped his own cause with a RBI single that scored junior Ben Banton for a 1-0 lead.

In the bottom of the third inning, senior Dalton Fiveash achieved a rare feat with an inside the park home run to right field that scored Konow, junior Preston Jenkins and himself that made the score 4-0.

“Just been a good week for us,” Fiveash said. “We were postponed last Tuesday but we got to play Thursday night and came out aggressive, swinging the bats for the win. First game today, we played our hearts out but we came back in the second game with the same attitude, ready to play and we won the game.”