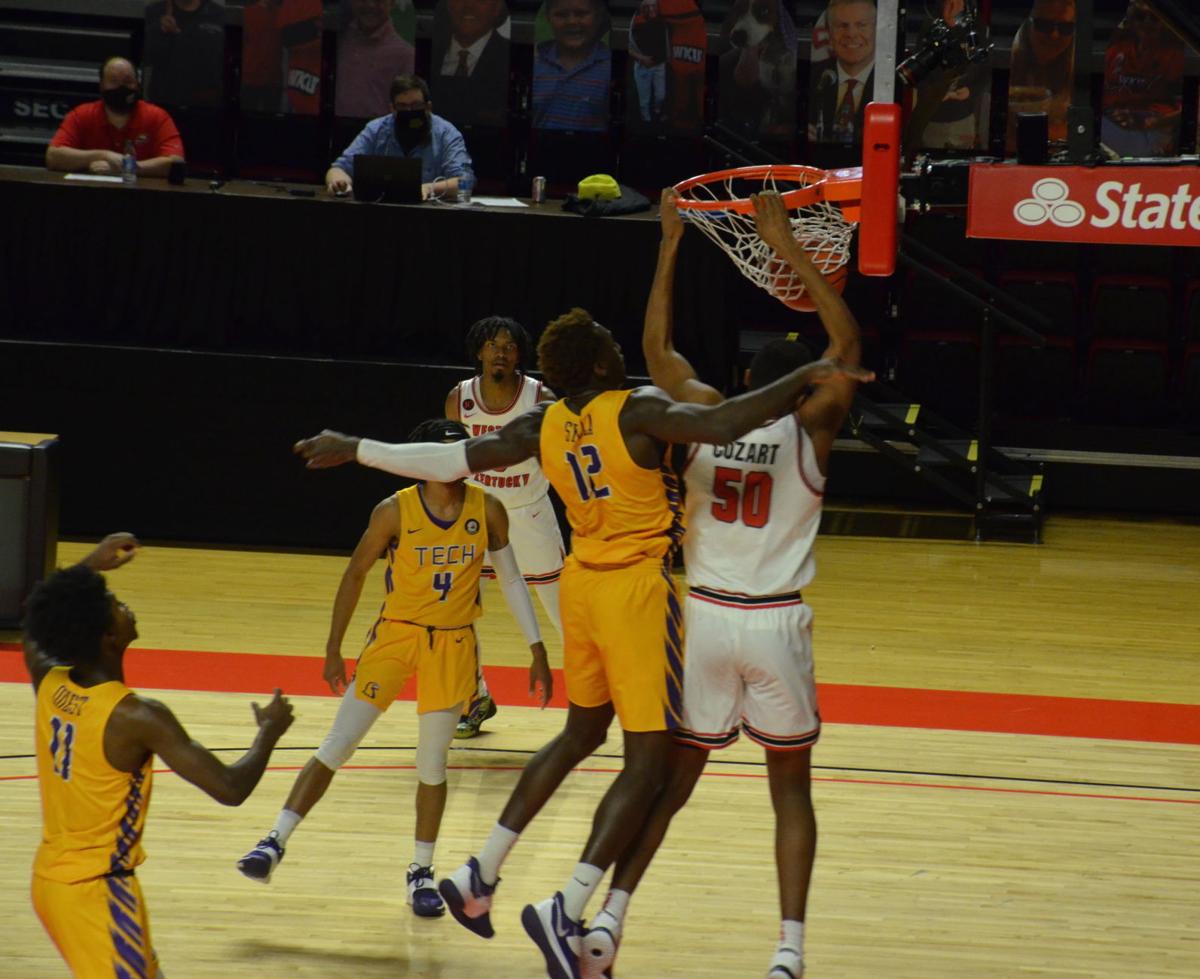 Hilltoppers’ sophomore Isaiah Cozart (50) finishes off the possession with a slam dunk in the 2nd Half of last Tuesday night’s game against Tennessee Tech at E.A. Diddle Arena. 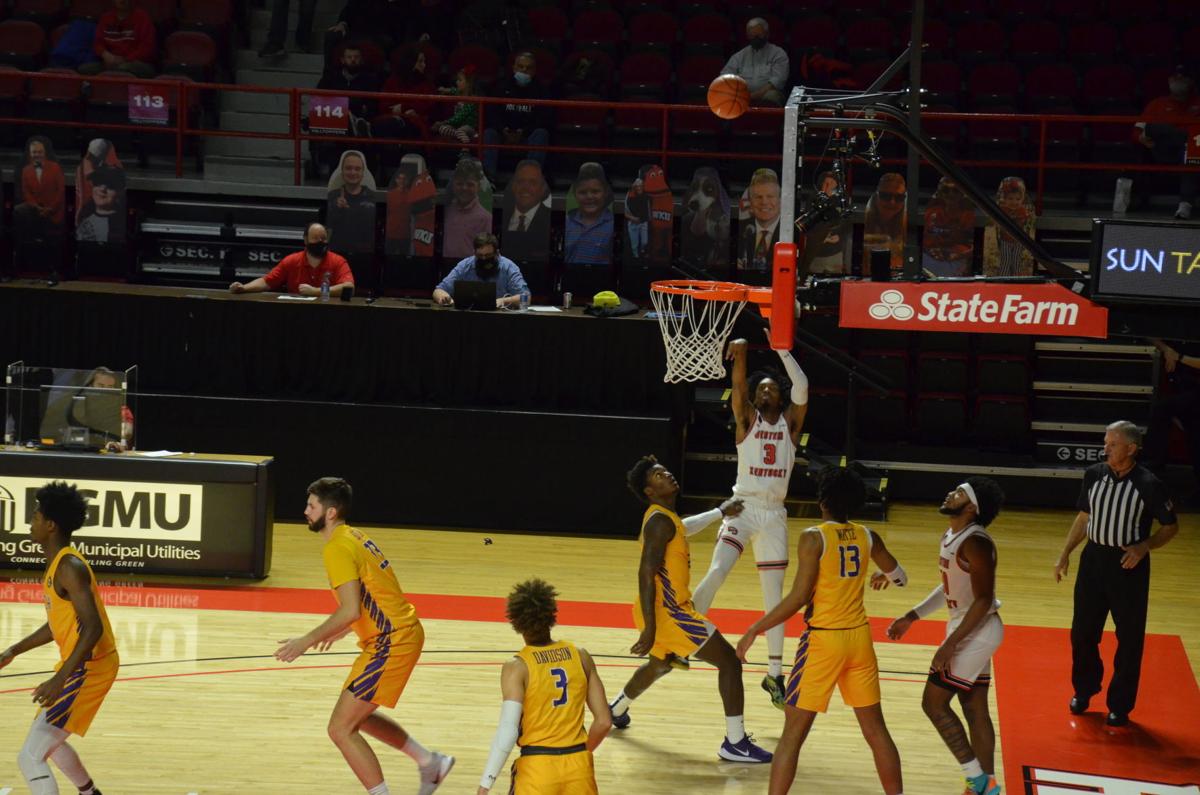 WKU sophomore Jordan Rawls (3) pulls up for a jump shot last Tuesday night in the 2nd half of their game at E.A. Diddle Arena against Tennessee Tech.

Hilltoppers’ sophomore Isaiah Cozart (50) finishes off the possession with a slam dunk in the 2nd Half of last Tuesday night’s game against Tennessee Tech at E.A. Diddle Arena.

WKU sophomore Jordan Rawls (3) pulls up for a jump shot last Tuesday night in the 2nd half of their game at E.A. Diddle Arena against Tennessee Tech.

The Hilltoppers are 7-2 overall for the season, winners of five in a row and off to their best start since the 2012-2013 season. The Golden Eagles remain winless on the season, falling to 0-9 overall.

Junior Charles Bassey did not play in this game due to back spasms stemming from an elbow in the back during their win at Alabama on Saturday, Dec. 19. Although his presence was missed, the Hilltoppers were in complete control.

Frampton scored eight points, scoring the team’s first six points on 3-point shots, with seniors Taveion Hollingsworth grabbing seven rebounds and Josh Anderson handing out two assists as WKU shot 40.6% from the floor but their defense held Tennessee Tech to shooting 35.7% for a 36-25 lead at halftime.

Frampton continued to light it up from downtown as he made four 3-pointers as the Hilltoppers scored 52 points in the 2nd Half. WKU was outscored 22-20 in points in the paint but had a significant advantage in bench points 23-6 in the half, 32-18 for the game and 15-5 in second chance points as they led wire to wire for the 88-68 victory.

“I really just kind of get into a zone,” Frampton said in a release. “You don’t know what’s going on around you, but anytime you shoot it, it feel like it’s going into the ocean. And I have that confidence anyway, anytime I shoot it, it feels like it’s going in. Looking down and seeing I had 22, it was kind of shocking. Like Taveion said, not many people think I would go off like this, just because we have so many weapons. With CB being out, a lot of people had to step up tonight. I’m happy with the win.”

Steven M. Sipple: Frost biting back at a certain narrative shows a level of resolve in the coach

WKU will play their first in conference set of back to back games at the Charlotte 49ers on Friday and Saturday afternoons.

1220 WFKN Franklin radio will join the Hilltopper/IMG Bug Red Radio Sports Network for the broadcast of both games this weekend starting at 2:30 p.m. with the pre-game show and 3 p.m. for the tip off.