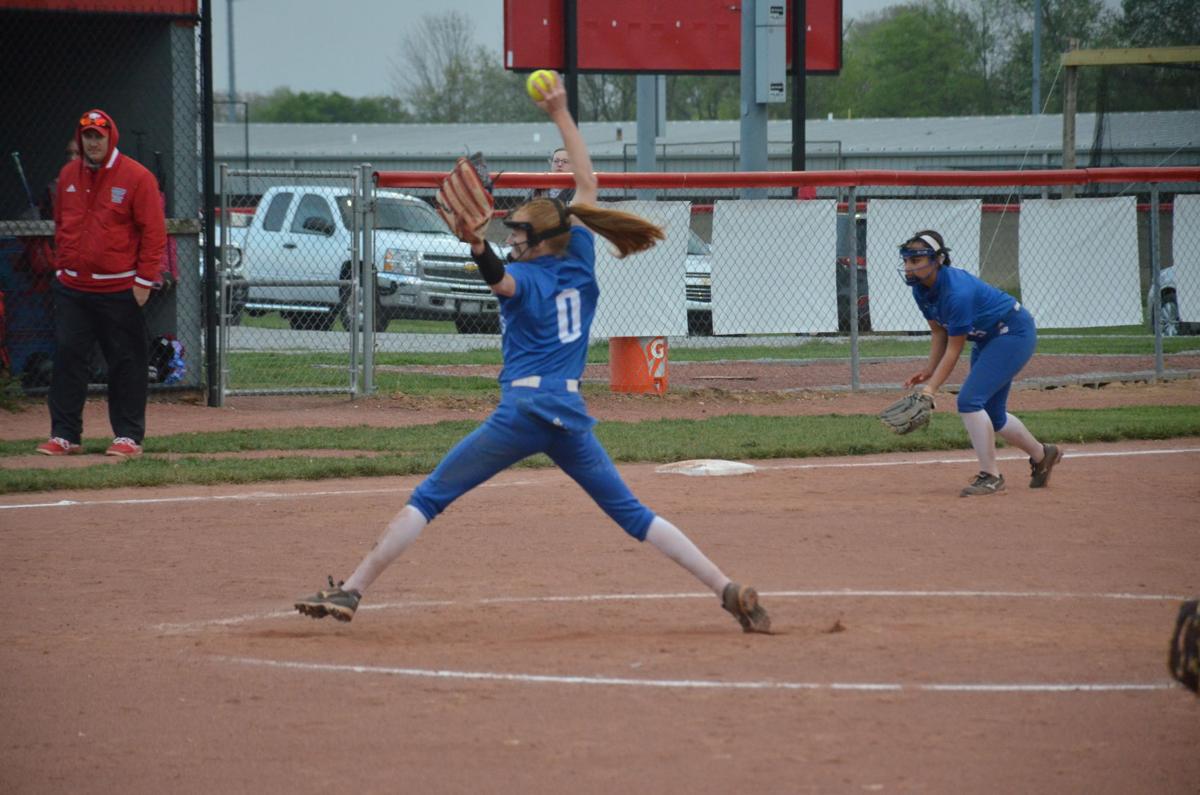 Lady Cats’ eighth grader Allie Utley is in the wind up to deliver her pitch in last Tuesday night’s 13th District game against the Todd County Central Lady Rebels in Elkton. 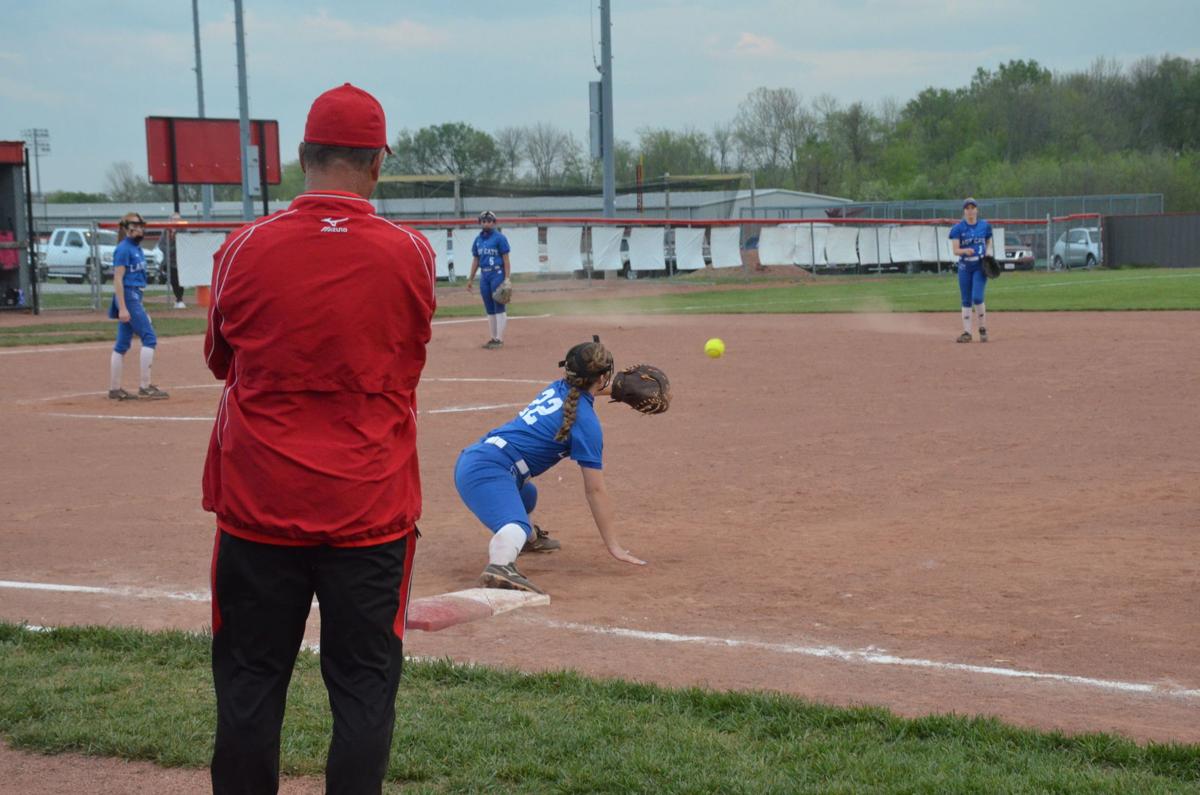 Lady Cats’ junior Shelby Caudill (22) stretches at first base from junior Lexi Holleman’s throw for the out in their 13th District game against the Todd County Central Lady Rebels in Elkton last Tuesday night. 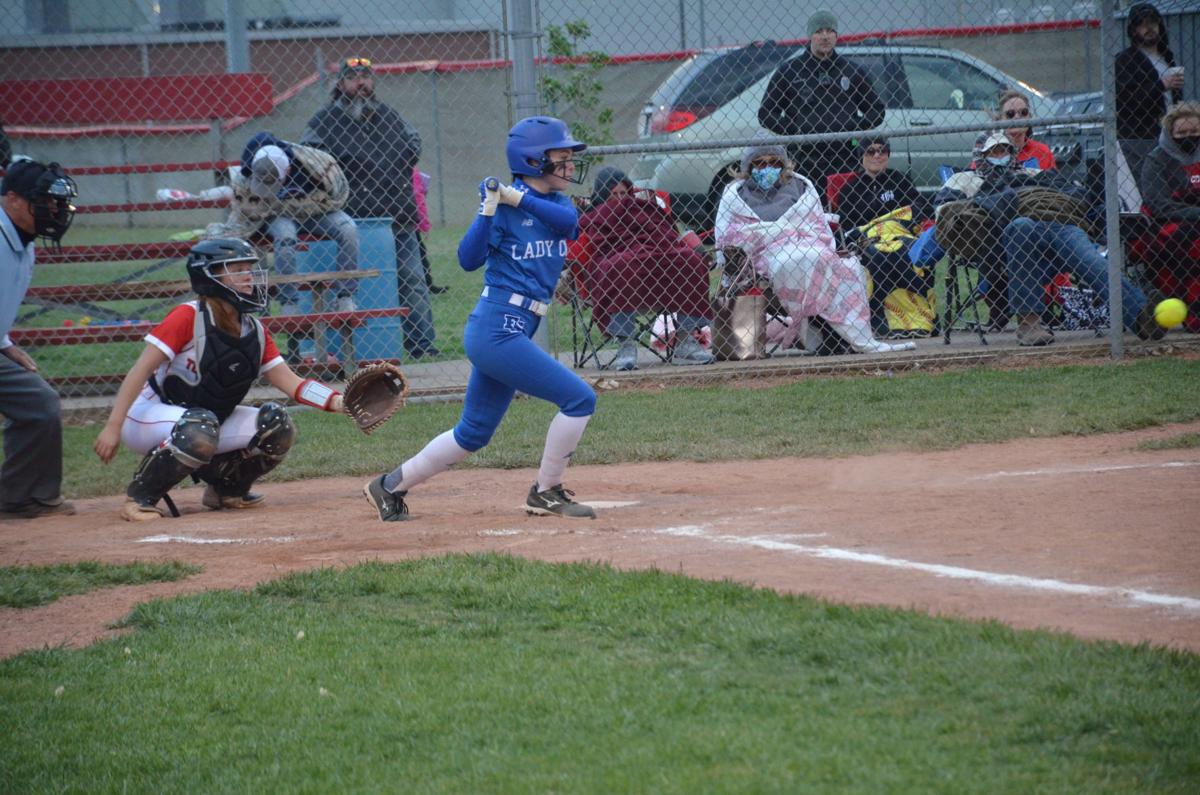 Lady Cats’ eighth grader Allie Utley is in the wind up to deliver her pitch in last Tuesday night’s 13th District game against the Todd County Central Lady Rebels in Elkton.

Lady Cats’ junior Shelby Caudill (22) stretches at first base from junior Lexi Holleman’s throw for the out in their 13th District game against the Todd County Central Lady Rebels in Elkton last Tuesday night.

The Lady Cats improved to 2-0 in 13th District play while the Lady Rebels fell to 0-2 in the district. The girls gave credit to Assistant Athletic Director and former basketball head coach David Clark for coming to speak to them on fame day.

“Coach (David) Clark got through to us about getting rid of being tentative,” Haley Fowler said. “He also said that we needed to stay calm in the moment, make the plays you got to make and do what you have to do to pull through for the win. We all really appreciated him to talk to us. I feel like there is more support this year for the team and it means a lot to us for him to go out of his way to talk to us.”

“Coach Clark has been doing this for a long time. He’s been a great supporter of Lady Cats’ softball,” Lady Cats head coach Todd Caudill said. “We talked this morning and he wanted to talk to the girls. He knew that our game against South Warren was a tough loss and he knew it and I really appreciate that he wanted to confirm to the girls about the things that we talk about. To get an outside voice that is not constantly with the team to talk to them was really refreshing and gave them a confidence boost to get us through tonight.”

8th grader Allie Utley pitched a complete game for the win. She allowed one run on five hits while striking out right and walked one batter in seven innings.

“We came out strong tonight,” Allie Utley said. “Defensively, we made good plays and overall, we had a great game tonight. I am excited and ready every time I pitch. The coaches are calling the pitches I want and I hit my spots.”

Laird wins SEC Freshman of the Week for fourth time

“Allie (Utley) and Hanna (Arthur) have been pitching well all year,” Caudill said. “I was confident with Allie tonight and she did what I exactly thought she would. She threw strikes with some zip to it. She located her pitches well and dialed in when she pitches. She is such a competitor.”

The Lady Cats took the lead in the top of the 1st as senior Kaeleigh Tuck hit a RBI single that scored junior Haley Fowler for a 1-0 lead.

Franklin-Simpson scored five runs with two outs in the top of the 3rd. Back to back RBI walks to juniors Gracie Arnemann and Shelby Caudill with bases loaded scored Fowler and junior Lexi Holleman, making the score 3-0. Allie Utley hit an RBI single that scored senior Raegan Coffee and junior Sherrekia Kitchens added a two RBI single, scoring both Arnemann and Caudill for a 6-0 lead.

In the top of the 6th for the Lady Cats, Fowler hit a RBI single that scored Utley and Tuck hit a RBI sacrifice fly that scored Kitchens that made the final score 8-1

“Good game tonight despite what happened against South Warren on Monday,” Raegan Coffee said. “We just need to stay calm, focused and tonight, everybody played good. We got our second district win and when we keep our heads in the game, we play well.”

Fowler and Utley each had two of the team’s eight hits with Fowler scoring two runs and Kitchens and Tuck each with two RBI.