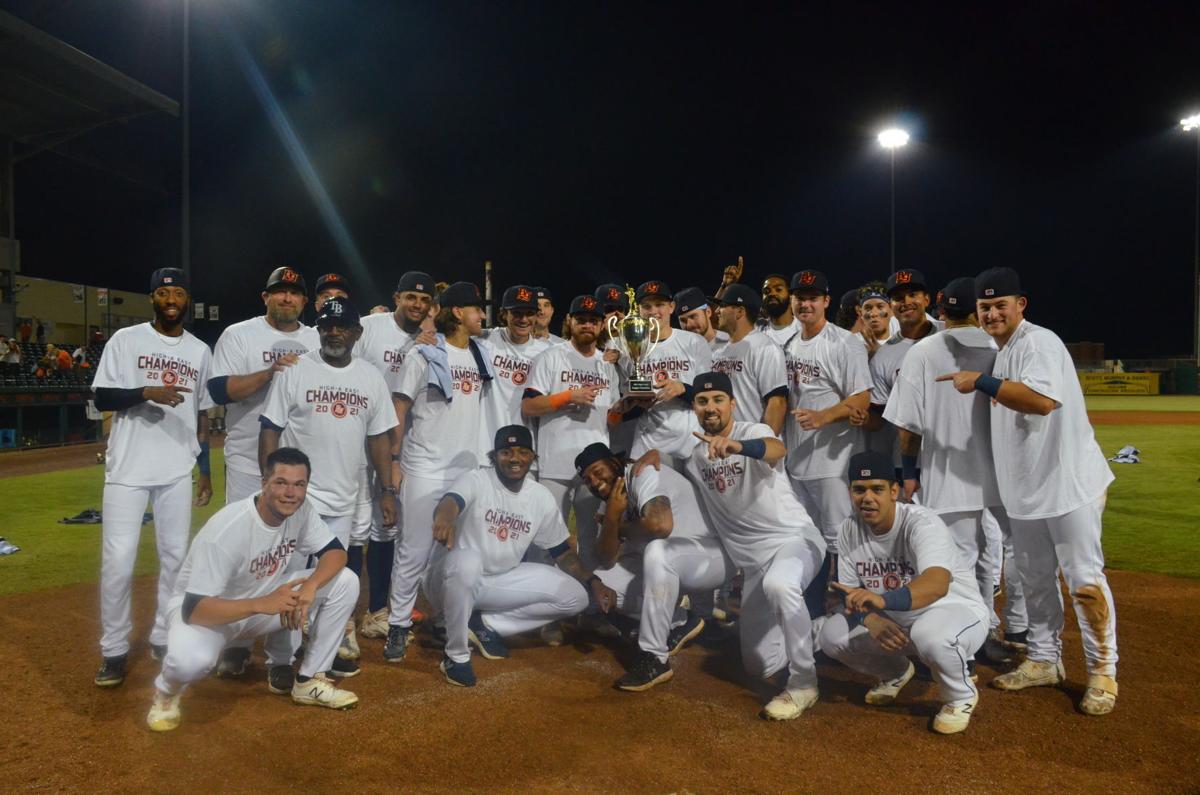 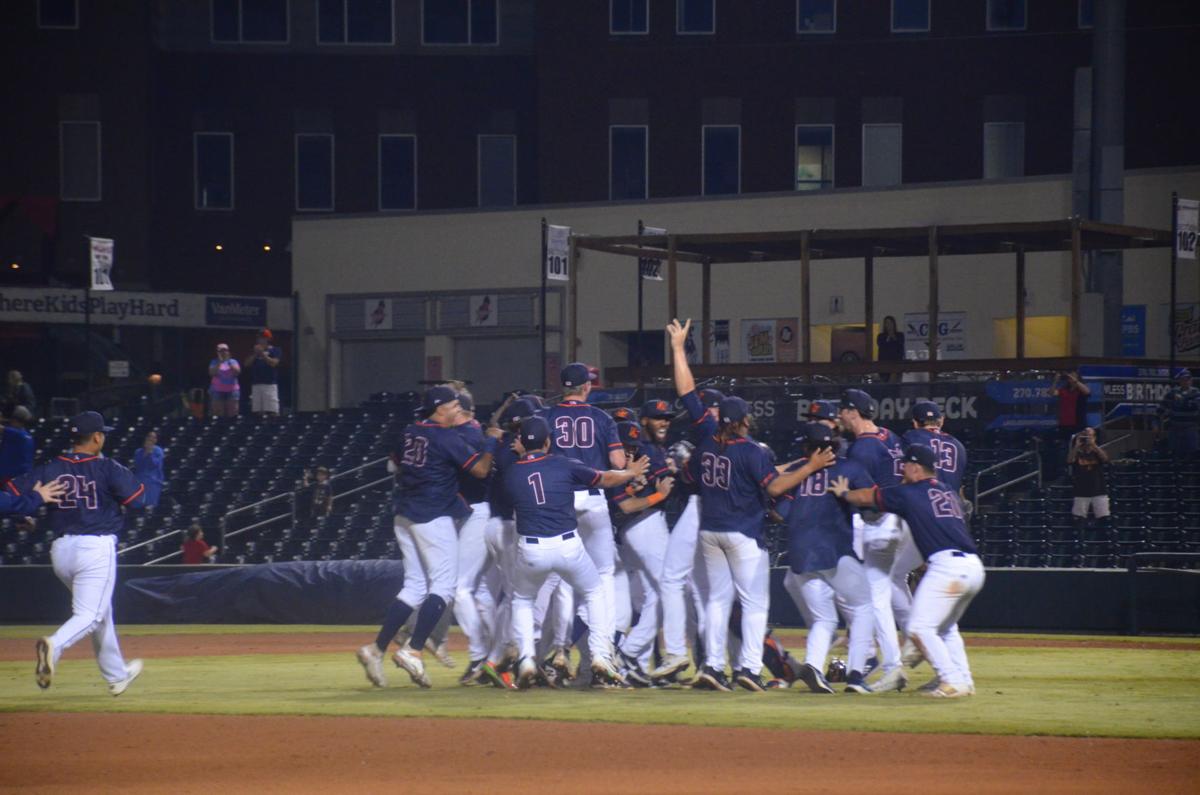 The Bowling Green Hot Rods celebrate on the pitcher’s mound after recording the final out to win the inaugural 2021 High-A-East Baseball Series Championship last Tuesday night at the Bowling Green Ball Park.

The Bowling Green Hot Rods celebrate on the pitcher’s mound after recording the final out to win the inaugural 2021 High-A-East Baseball Series Championship last Tuesday night at the Bowling Green Ball Park.

The Bowling Green Hot Rods (3-2) took a 6-3 win in game five over the Greensboro Grasshoppers (2-3) to win the High-A East Championship at Bowling Green Ballpark in Bowling Green, Kentucky on Tuesday night.

The Hot Rods plated the first run in the bottom of the first against Greensboro starter Michael Burrows. With two outs, Grant Witherspoon launched a solo homer to left, giving Bowling Green a 1-0 lead. The homer was Witherspoon’s third of the postseason, tying Jordan Qsar for the franchise record.

Greensboro took their first lead in the top of the fourth inning, scoring two runs, taking a 2-1 lead. Blake Sabol pushed in the first run with a bases loaded walk. The second run scored on a ground ball from Matt Gorski, scoring Lolo Sanchez to put Greensboro in the lead 2-1.

Bowling Green answered in the bottom half with Grasshoppers reliever Bear Bellomy on the mound. Diego Infante led off with a single, Witherspoon was hit by a pitch, and Curtis Mead reached on an error to load the bases. Qsar singled to center, bringing home Infante and Witherspoon. Erik Ostberg doubled down the first baseline, scoring Mead, then Roberto Alvarez singled to plate Qsar, giving the Hot Rods a 6-2 lead.

Both teams were held scoreless until the top of the ninth inning with Zack Trageton on the mound. Andres Alvarez knocked in a run on a base-hit, scoring Sabol and bringing the score to 6-3. In the next at-bat, Trageton got Liover Peguero to pop out on a fly ball, securing the 2021 High-A East Championship for the Hot Rods.