If you need to purchase a subscription.
You are the owner of this article.
Edit Article Add New Article
You have permission to edit this article.
Edit
Home
News
Opinion
Sports
Records
Features
Obituaries
Classifieds
WFKN
1 of 4 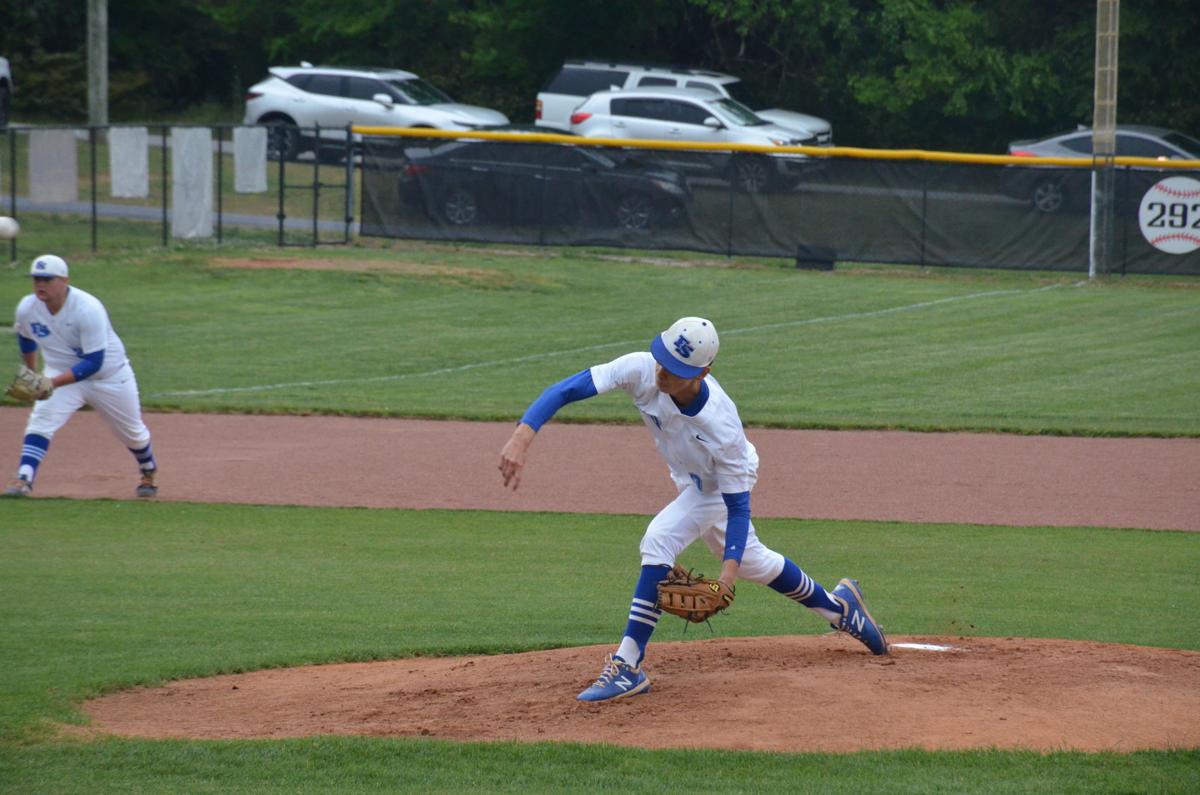 Wildcats freshman pitcher Johnny West throws his pitch in their opening round game against the Russellville Panthers Saturday in their 13th District Tournament game. 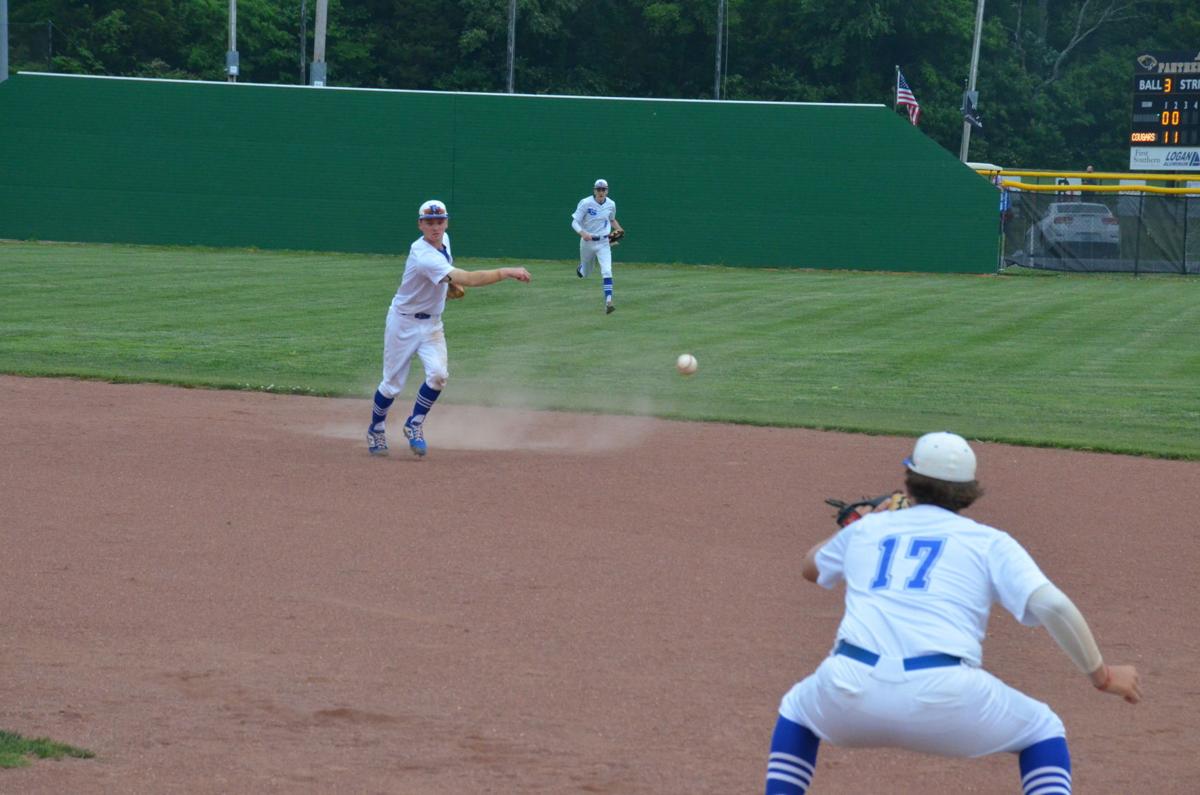 Wildcats senior Dalton Fiveash makes the throw to senior first baseman Jake Konow (17) for the out in their 13th District Tournament game Saturday against the Russellville Panthers. 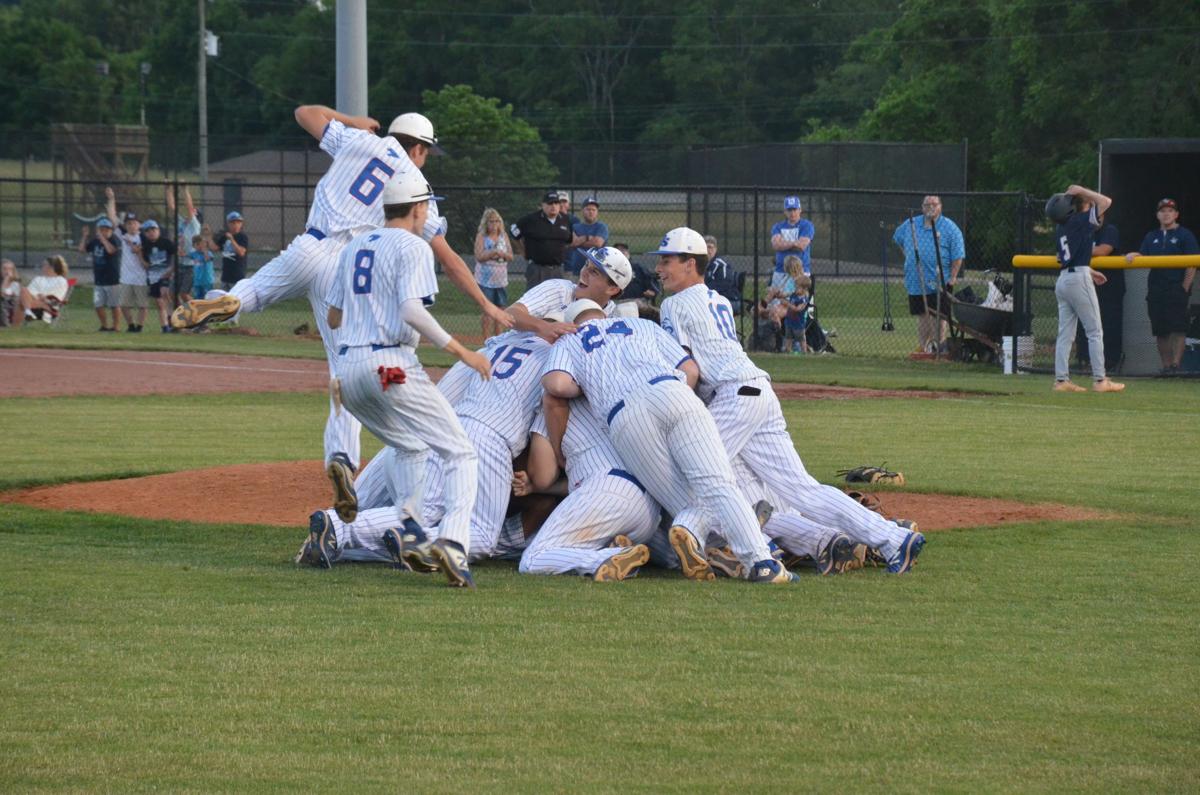 The Franklin-Simpson Wildcats baseball team dog-pile on the pitcher’s mound in celebration of winning the 13th District Tournament Championship game over the Logan County Cougars on Monday at Russellville High School. 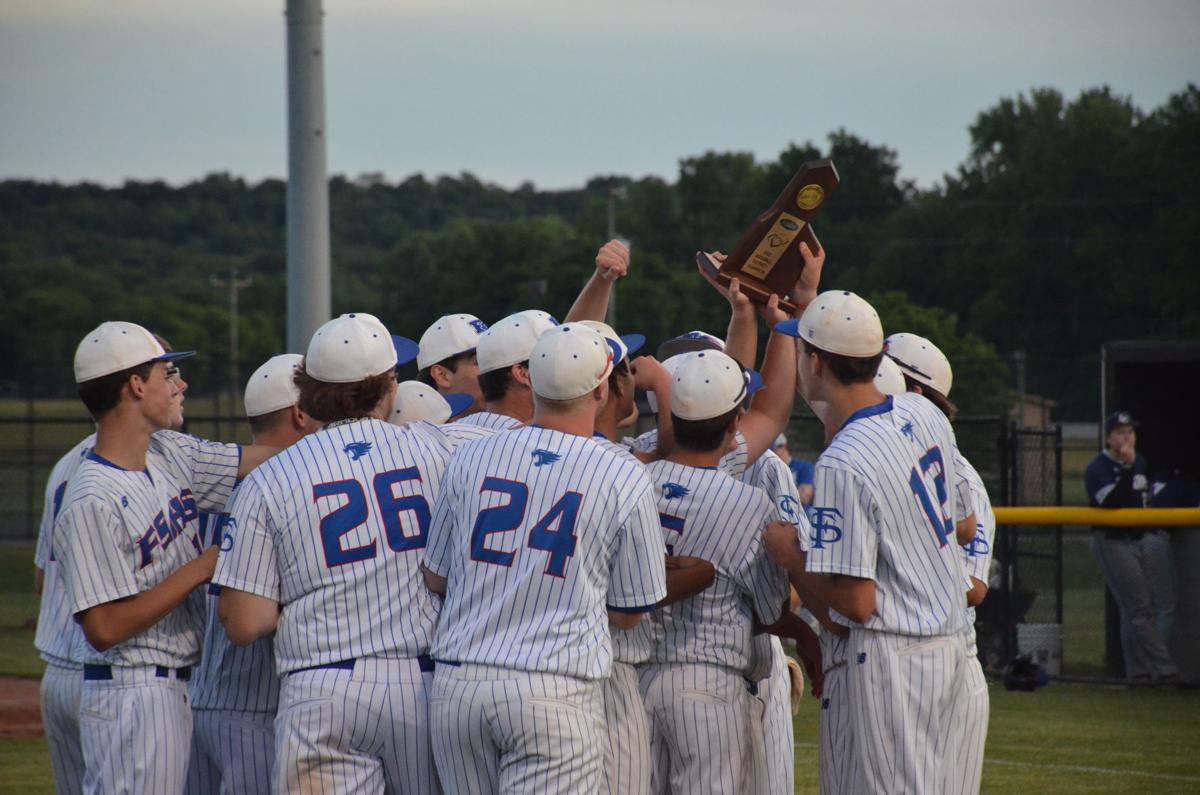 Wildcats freshman pitcher Johnny West throws his pitch in their opening round game against the Russellville Panthers Saturday in their 13th District Tournament game.

Wildcats senior Dalton Fiveash makes the throw to senior first baseman Jake Konow (17) for the out in their 13th District Tournament game Saturday against the Russellville Panthers.

The Franklin-Simpson Wildcats baseball team dog-pile on the pitcher’s mound in celebration of winning the 13th District Tournament Championship game over the Logan County Cougars on Monday at Russellville High School.

The Franklin-Simpson Wildcats’ baseball team completed the perfect season in 13th District play as they won the 13th District Baseball Tournament Championship for the second time in a row.

“This is not about me but I want the guys to experience the same things that I experienced as a baseball player in my life playing for Franklin-Simpson,” Wildcats head coach Matt Wilhite said. “Winning games. Winning championships. I want them to feel that and that is why I love what I do. I love these guys and that’s why I stay on them because I want to push them to be good. We have a great coaching staff. Everybody has fun together and we’re all friends. It makes moments like this make it even more sweeter.”

Senior Dalton Fiveash was the winning pitcher as he pitched a complete game allowing two runs on three hits with 11 strikeouts and walked one batter.

“The goal heading into tonight was to throw strikes and trust the defense and the offense,” Dalton Fiveash said. “Towards the end of this season, we’ve been swinging the bat much better. Defense played well tonight. Didn’t beat ourselves and it played out how we wanted tonight.”

The Wildcats got off to an early 1-0 lead in the bottom of the 1st as senior Cole Wix scored the first run of the game with one out on a RBI double by Luke Richardson.

Franklin-Simpson added another run in the bottom of the 3rd as with one out, junior Padon Vaughn hit a RBI single that scored Fiveash from third, making the score 2-0.

In the bottom of the 4th with two outs and following a single by junior Ben Banton, senior Dawson Owens hit a two run home run to left field for a 4-0 lead.

“Oh wow. The ball felt really good off the bat,” Dawson Owens said. “I was looking for a hit because I’ve been hitting pop ups early in the game. I jumped on the pitch and drove it and was really excited once I saw it clear the fence.”

Logan County battled back in their final at bat in the top of the 7th as senior Macon Barrow hit a two run home run that cut their deficit down to 4-2. Fiveash refocused as he got a fly out and two strikeouts to close out the game for the 4-2 victory for the 13th District Tournament Championship.

“Giving up the home run didn’t rattle me,” Fiveash said. “We were up by four runs and it was a two-run home run so it was more of a bear down, get more focused to get us out of the inning and close this game out.”

“Dalton (Fiveash) did an outstanding job,” Wilhite said. “He won’t be happy about giving up the two run shot on an 0-2 count but he was ahead in counts by pitching strikes. As a pitcher, if you can pitch backwards and throw curveballs in fastball pitch situations, it is a whole lot easier to call pitches.”

Dawson Owens led the team with two RBI with two hits each from Ben Banton and Dalton Fiveash with one run each from: Banton, Fiveash, Owens and Cole Wix.

“I give a lot of credit to my kids for getting back in it late in the game. We had a chance by getting to within two runs and our mindset has been good in the tournament but we had no answer for (Dalton) Fiveash,” Cougars head coach Ethan Meguiar said. “We knew we had to grind and try to get his pitch count up. We did a good job of that early on but he had some really quick innings. We worked on it all week, preparing to see him in the tournament but we just swung at too many out of the zone and that was our downfall.”

The Wildcats advanced to the 13th District Tournament championship game but also to compete in the 4th Region Baseball Tournament with their six inning victory over the Panthers.

Freshman Johnny West was the winning pitcher. He pitched all six innings allowing two hits while striking out five.

“This is the first round of the district and I came into today’s game with the same mindset as I did when I pitched the last time and that was throwing consistent fastballs,” Johnny West said. “I was painting them on the outside corners and they couldn’t get to it or if they did, they were ground balls. I haven’t pitched in a long time and it was cold today but I felt good.”

Franklin-Simpson plated three runs in the bottom of the 1st with a RBI triple from Wix that scored Owens. Then Wix scored on a RBI sacrifice fly from Richardson and then with two outs, Fiveash scored on a passed ball from third base for a 3-0 lead.

In the bottom of the 4th, Vaughn, after a leadoff single, worked his way around the bases and stole home for the Wildcats with two outs that made the score 4-0. Then later, Wix hit a two RBI double that scored senior Skyler Martinez and Banton for a 6-0 lrad.

In the bottom of the 5th, Vaughn singled with one out, stole 2nd and advanced to third on a passed ball and scored on a RBI groundout by senior Jake Konow, making the score 7-0.

Franklin-Simpson closed the game out in the bottom of the 6th as with one out, Wix hit an RBI single that scored Banton. Fiveash followed with an RBI triple that scored Wix and Richardson brought home the final run of the game with a RBI sacrifice fly by Richardson that made the final score 10-0.

“We took care of business and that get us to the region and an opportunity to play for a district championship with a chance to host the first game in the region tournament. Right now, it’s about winning no matter what it looks like,” Wilhite said. “Johnny (West) has done a good job all year. He’s letting the defense make the plays behind him by throwing strikes and that’s what we got to have on the mound at this time of the year.”

Cole Wix led the team with four RBI and three hits and he along with Ben Banton, Dalton Fiveash and Padon Vaughn each scored two runs.