$32.00 for 365 days
Get Started
You are the owner of this article.
Edit Article Add New Article
You have permission to edit this article.
Edit
Home
News
Opinion
Sports
Records
Features
Obituaries
Classifieds
WFKN
1 of 2 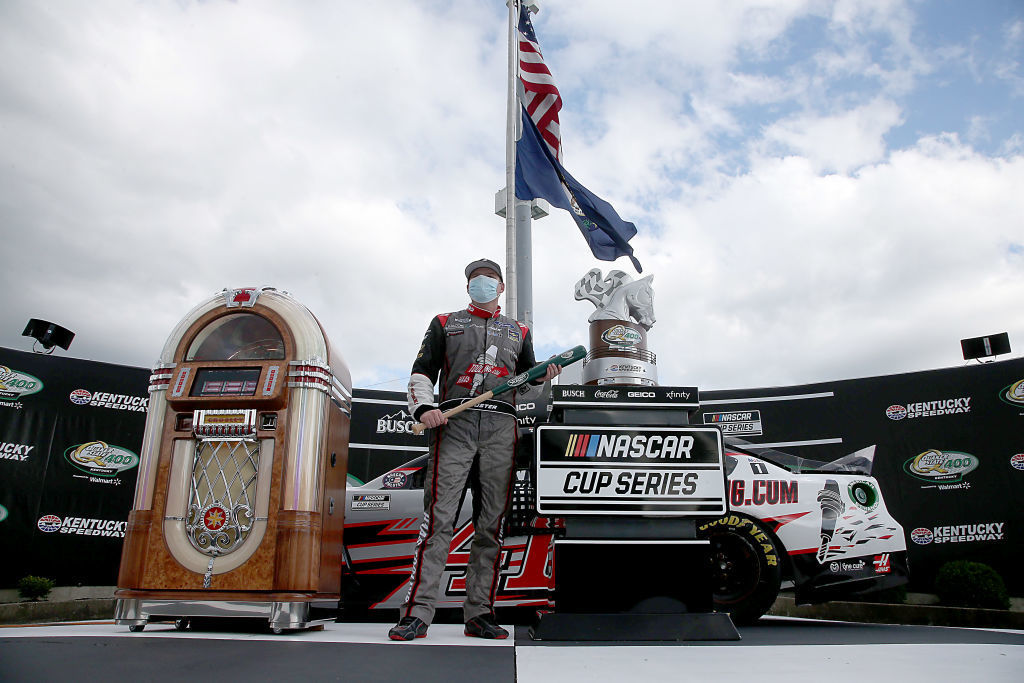 Cole Custer, driver of the No. 41 HaasTooling.com Ford, celebrates in Victory Lane with his Crosley jukebox, a custom made Louisville Slugger baseball bat and “Horse Power,” the horse’s head trophy after winning the NASCAR Cup Series Quaker State 400 Presented by Walmart at Kentucky Motor Speedway. 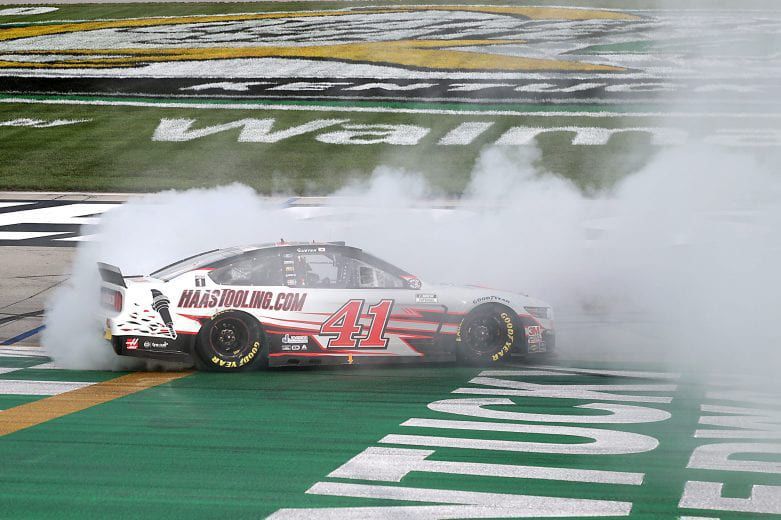 Cole Custer, driver of the No. 41 HaasTooling.com Ford, celebrates with a burnout after winning the NASCAR Cup Series Quaker State 400 Presented by Walmart at Kentucky Motor Speedway.

Cole Custer, driver of the No. 41 HaasTooling.com Ford, celebrates in Victory Lane with his Crosley jukebox, a custom made Louisville Slugger baseball bat and “Horse Power,” the horse’s head trophy after winning the NASCAR Cup Series Quaker State 400 Presented by Walmart at Kentucky Motor Speedway.

Cole Custer, driver of the No. 41 HaasTooling.com Ford, celebrates with a burnout after winning the NASCAR Cup Series Quaker State 400 Presented by Walmart at Kentucky Motor Speedway.

Despite the pandemic situation, NASCAR’s weekend at Kentucky Motor Speedway in Sparta went on as planned but without spectators in attendance.

Four races occurred at the 1.5-mile track with the XFINITY series kicking off last weekend on Thursday and Friday with the Gander Mountain Truck Series on Saturday and the NASCAR Cup Series on Sunday.

Cole Custer wrapped up the weekend of races with a pass on the final lap of the race for the surprise victory in the Quaker State 400 presented by Wal-Mart.

Custer, driver of the number 41 Stewart-Haas Racing Ford, became the first rookie to win the NASCAR Cup Series since 2016 when Chris Buescher won at Pocono Raceway in Pennsylvania. With the win, Custer qualified as the final entrant for Wednesday’s Million Dollar All-Star Race at Bristol Motor Speedway in Bristol, TN.

Custer is no stranger to Victory Lane — he won last year’s Alsco 300 in the XFINITY Series at Kentucky Motor Speedway.

“I knew I just had to get to the top,” Custer said. “The top rolled pretty good and once I got past and I was like in third I was like, ‘I’ve just got to take a shot and do whatever I can here. And it ended up the 4 (Harvick) and the 19 (Truex, Jr.) got together a little bit and I was able to take advantage of it.”

Austin Cindric, driver of the number 22 Ford Mustang, came from behind to win the Shady Rays 200 on Thursday night and dominated Friday night’s race to win the Alsco 300 for the doubleheader sweep of XFINITY series races.

Also in Friday night’s race, Xfinity Series drivers Harrison Burton and Noah Gragson verbally and physically fought in the garage after the Alsco 300.

With 13 laps to go in the 200-lap event, Gragson’s number 9 JR Motorsports Chevrolet collided with the rear of Burton’s number 20 Joe Gibbs Racing Toyota. Burton clipped the outside wall because of the contact, as did Gragson.

The drivers were still able to finish the race — Gragson finished seventh and Burton finished 12th.

The racers exchanged words by the cars afterward. Burton appeared to push Gragson twice, who then threw the first punch. NASCAR officials stepped in to break the fight up.

Sheldon Creed, driver of the number 2 GMS Racing Chevrolet, won Saturday night’s Buckle Up In Your Truck 225 as rain stopped the race with only two of the three stages completed.

Creed, who was third in the first stage, dropped low from third past a group of trucks on the restart on Lap 52. He then battled Kentucky native Ben Rhodes, driver of the number 41 Ford, for the lead and took control for good, taking the checkered flag just as dark clouds approached over the track.