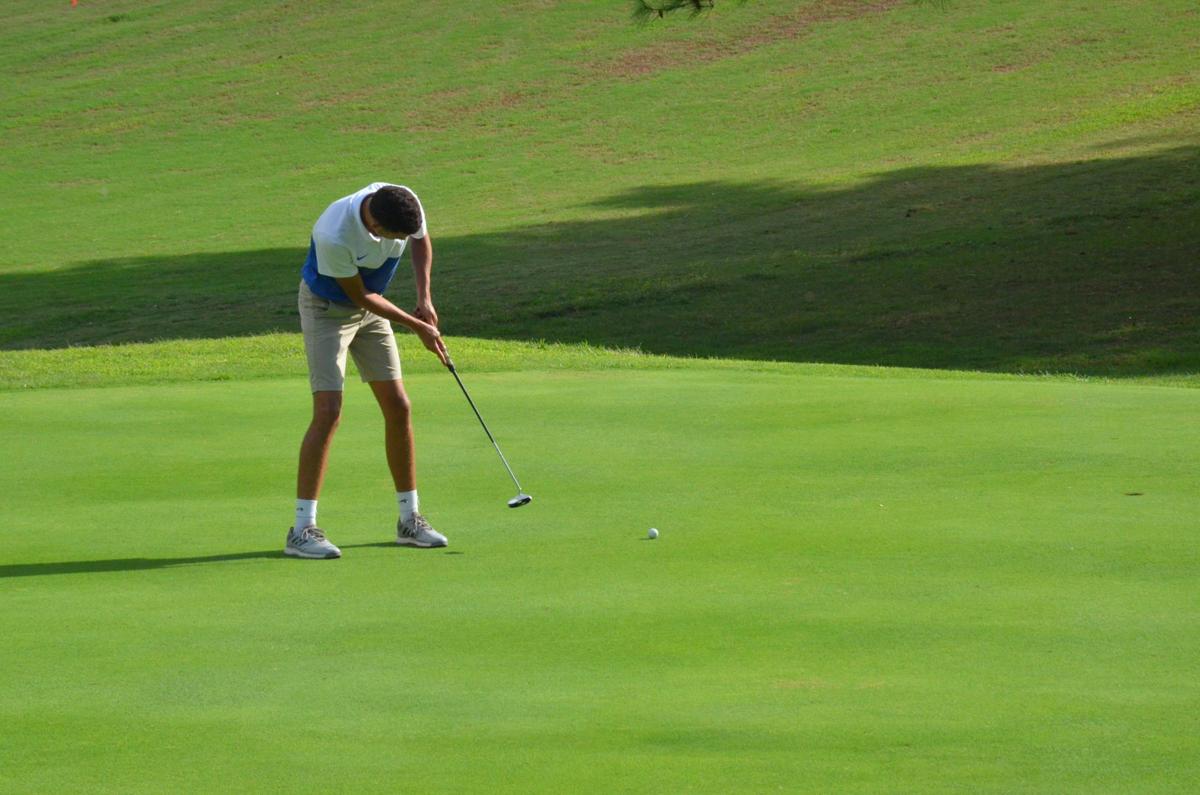 Wildcats' junior Connor Vincent putts on the 6th hole during their match play last Thursday at the Scottsville Country Club against Allen County-Scottsville. 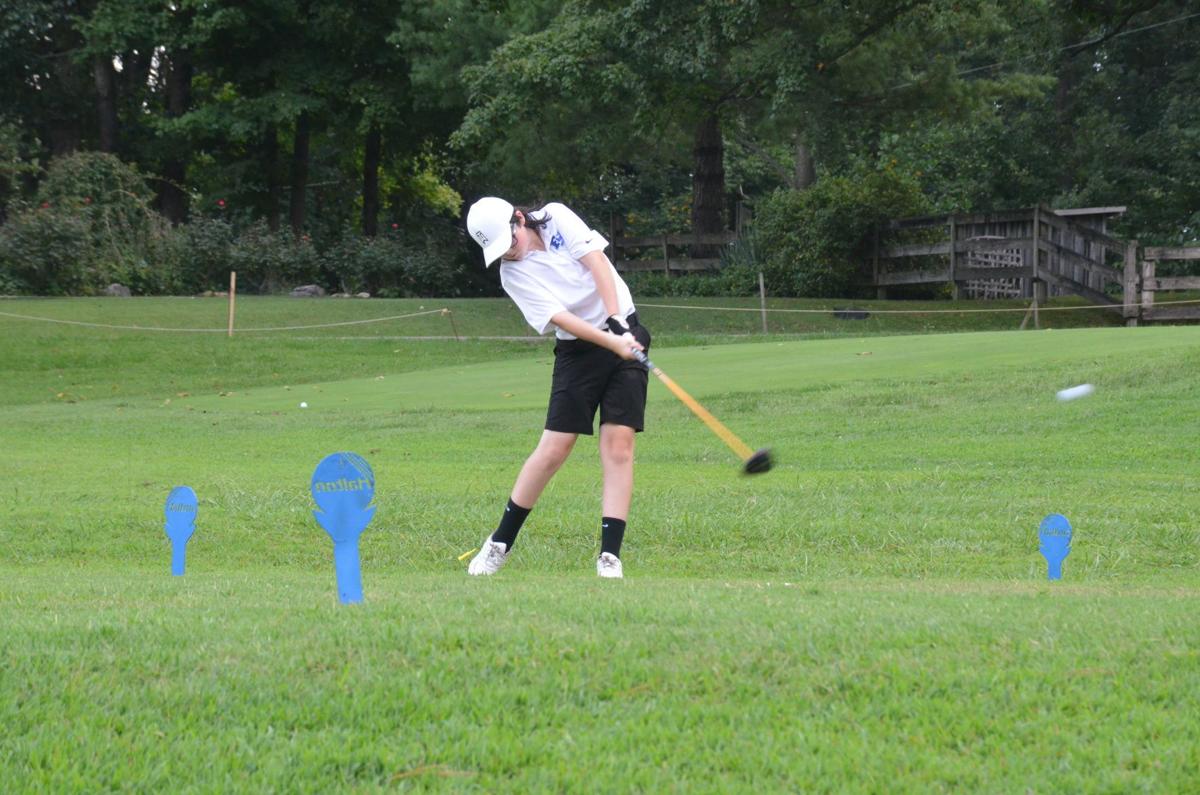 Wildcats' Ethan James tees off from the 1st Hole at the Scottsville Country Club during their match play against Allen County-Scottsville last Thursday. 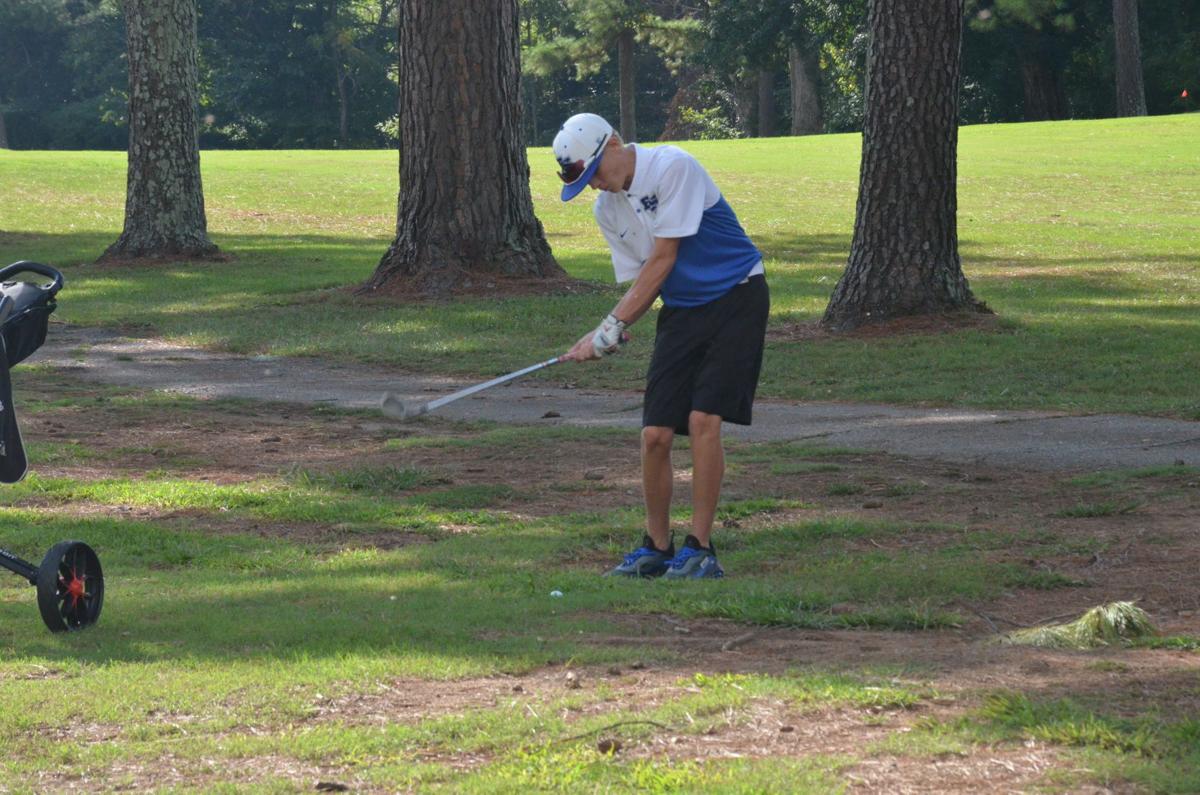 Wildcats' Gavin Summers shoots his approach shot from the rough last Thursday during their match play against Allen County-Scottsville at the Scottsville Country Club.

Wildcats' junior Connor Vincent putts on the 6th hole during their match play last Thursday at the Scottsville Country Club against Allen County-Scottsville.

Wildcats' Ethan James tees off from the 1st Hole at the Scottsville Country Club during their match play against Allen County-Scottsville last Thursday.

Wildcats' Gavin Summers shoots his approach shot from the rough last Thursday during their match play against Allen County-Scottsville at the Scottsville Country Club.

The Franklin-Simpson Wildcats won back to back matches against the Allen County-Scottsville Patriots.

On Monday, they defeated the Patriots at Kenny Perry’s Country Creek Golf Course as seniors Chase Wilson led the team with a score of 34 as Dalton Fiveash fired a score of 36 with Ben Banton scoring a 39 and junior Connor

Vincent shot a score of 44.

Other scores include: Payton Brown with a 45, Ethan James with a 46, Gavin Summers with a 50 and Alan Johnson with a 56.

On Thursday they defeated the Patriots at the Scottsville Country Club as Wilson led the team with a score of 32 with Fiveash firing a score of 34. Banton shot a score of 38 with Vincent scoring a 41.

“My driver was not working for me today but my irons and six-iron were,” Connor Vincent said. “I had to punch out a couple of shots here and there but thankfully my irons got me in a better position. This course is really tight so I couldn’t take anything off my swing so it was flying to the left or to the right mostly today.”

Rewind: Huskers' offensive promise handicapped by too many drive-killing errors

Jim Polzin: Joe Barry isn't worried after his rotten debut as Packers defensive coordinator, but should we be?

Other scores include: Summers fired a score off 44 with James shooting a 45 and Brown carded a score of 57.

“I played all right, better than normal,” Ethan James said. “Tough course as the fairways are really tight. I hit my driver well today but did not hit my irons very well.”

“I was playing better than usual today,” Gavin Summers said. “I was hitting my irons really good. Couldn’t get my driver down as I was slicing most of my shots. My irons fixed my horrible shots and just managed getting through it.”

The Wildcats are preparing against the best teams in the region as they host the Wildcat Invitational on Saturday morning at the Franklin Country Club. Last year, the boys’ portion of the tournament was rained out.

“Going to get the guys out there and work on the short game at the country club,” Wildcats’ head coach Alec Silchuk said. “We got some guys who are struggling with their putting and chipping. If you can’t putt, you can’t score. The putter can make you or break you. It’s our home course so I am sure they are confident and comfortable playing there.”