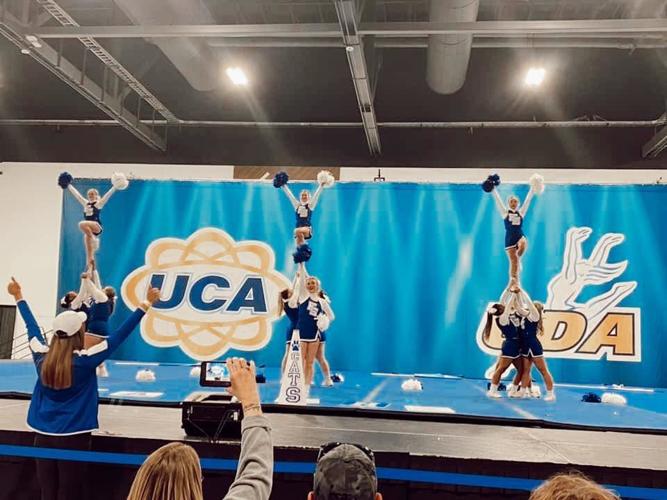 The Franklin-Simpson Wildcats’ Cheer Team performs their GameDay routine at the UCA Regionals Competition on Nov. 12 in Lexington. 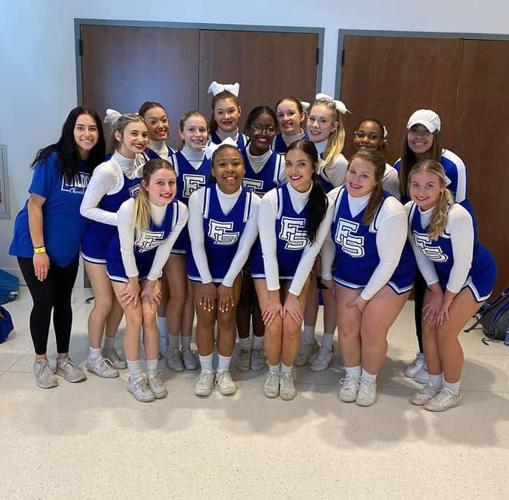 The Franklin-Simpson Wildcats’ Cheer Team finished second in their GameDay division Nov. 12 in Lexington to receive a bid to compete in the UCA Nationals competition in February at Walt Disney World in Orlando, FL.

The Franklin-Simpson Wildcats’ Cheer Team performs their GameDay routine at the UCA Regionals Competition on Nov. 12 in Lexington.

The Franklin-Simpson Wildcats’ Cheer Team finished second in their GameDay division Nov. 12 in Lexington to receive a bid to compete in the UCA Nationals competition in February at Walt Disney World in Orlando, FL.

Franklin-Simpson Wildcats’ Cheer Team competed in two regional competitions over the past couple of weeks. While their KHSAA competition did not go as well as planned, the team sought redemption and earned a national bid to compete in the UCA (Universal Cheerleaders Association) National Cheer Competition in February.

“It feels great. I’m very excited and I knew the girls could do it,” Wildcats’ Cheer Team head coach Brooklyn Holder said. “Competing at KHSAA was not our best weekend at UCA, they wanted to prove themselves. That they could do their routine. They were excited that they could work on it to get to nationals.”

“It was fun competing at the UCA Regionals,” Kira Coleman said. “We had high hopes heading into that and we had the chance to not only show what we can do but also redeem ourselves.”

The team competed in the KHSAA Regional Competition the Saturday before on Nov. 6 at Bowling Green High School. Their composite score of 83.30 was not enough to qualify for state competition as they finished 3.30 points away from potentially qualifying.

The team had to quickly regroup and prepare for the UCA Regionals Competition the following Saturday in Lexington.

The team took the floor at UCA regionals and redeemed themselves with a composite score of 80.3, just one point behind Betsy Layne High School, for a second place finish that earned them a bid to compete at the UCA Nationals Competition in February at the Wide World of Sports Complex at Disney World in Orlando, FL.

“After competing in the state regionals, I was nervous heading into UCA,” Josephine Snyder said. “I didn’t know if I was going to get the routine. But once I started hitting the right sequences and everyone was too as well, I was so happy. Then once they announced that we got the bid to Disney, I was in awe and amazed.”“

“I felt like we were more comfortable performing the routine a second time than we did the first time at KHSAA,” Coleman said. “We went through a lot of things at practices leading up to UCA. We went through every detail until it was perfect and it worked because we won a bid.”

“We had to quickly put that behind them to get ready for UCA regionals,” Holder said. “We changed a few things in our routine so just going over that constantly. The girls had to cheer at the playoff football game the night before at Allen County-Scottsville and then get on the bus early the next morning to Lexington. So it was a rough week for them but they pulled it off.”

The team will not only prepare for that but also get ready to cheer on the Lady Cats and Wildcats’ basketball teams as their seasons get underway next week.

“We are definitely going to have a lot of practices as we’ll split practices where we work on basketball cheers and our GameDay competition routine,” Snyder said. “We will be able to balance it all.Our team will be able to get through it.”