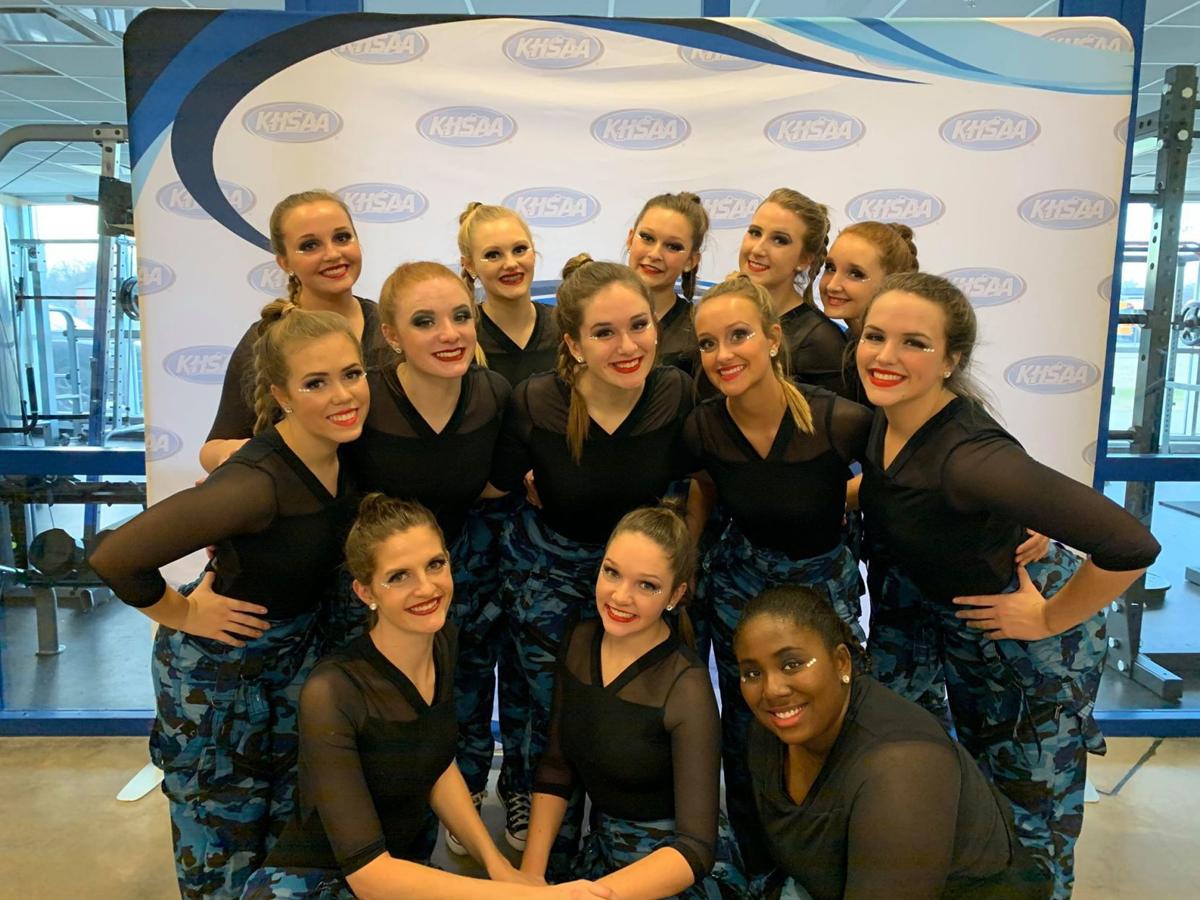 “We did really good and got a top ten finish out of our two dances,” Makenna Delk said. “We danced and worked really hard and did the best that we could do. It was awesome to hear our name called in the top ten. The effort and work we put in makes us proud of everything we did.”

“For my first year on the team, it was very exciting as it was for my friends who are also on the team for the first time,” Julianna Whitney said. “Competing at state was a new experience for me and I loved it.”

They scored a cumulative score of 77.35 in the small Hip- Hop Division for 10th overall. The placement and score was pleasing to head coaches Lauren Hall and Grace Johnson as their score placed higher than Apollo, Madisonville-North Hopkins and Meade County, three teams that scored higher than them at sectionals.

“The girls did really, really good and we are very happy with a top ten place,” Dance Team head coach Lauren Hall said. “We got to watch ore routines from other schools than we did at sectionals and we got to see who placed higher than us. Plus, we finished higher than three teams that placed higher than us at regionals. That is a big accomplishment.”

Plus, the team went into the competition without some members of the squad as they had to adjust and align their routine almost at the last minute.

Now the team prepares for the biggest competition of the season, KDCO (Kentucky Dance Coaches Organization). The regional competition takes place on Sun. Jan. 26th in Brandenburg at Meade County High School with an opportunity to compete in the state competition on Feb. 29th. At last year’s regionals, they finished first in hip-hop and pom.

“We are going to put in extra practices to get ready for KDCO. We will probably add more tricks and increase the difficulty in our routines,” Eliza Cook said. “With the way we finished last year at KDCO, our goal is to improve and finish even higher than we did last year at state. But, we have to qualify for state by performing well at regionals.”

“We are practicing harder and cleaning up our routine to get ready for KDCO regionals,” Annie Massey said. “We will be performing the routines at basketball games and hopefully that will make our dances better.”

Franklin-Simpson Wildcats’ Dance Team was one of the top ten teams in that big dancing event that was a real honor for a small high school of Louisville. They gave their best performance in order to win this position. I hired best writing services after reading some opinions about them to write down an assignement on how I can increase the performance for me.