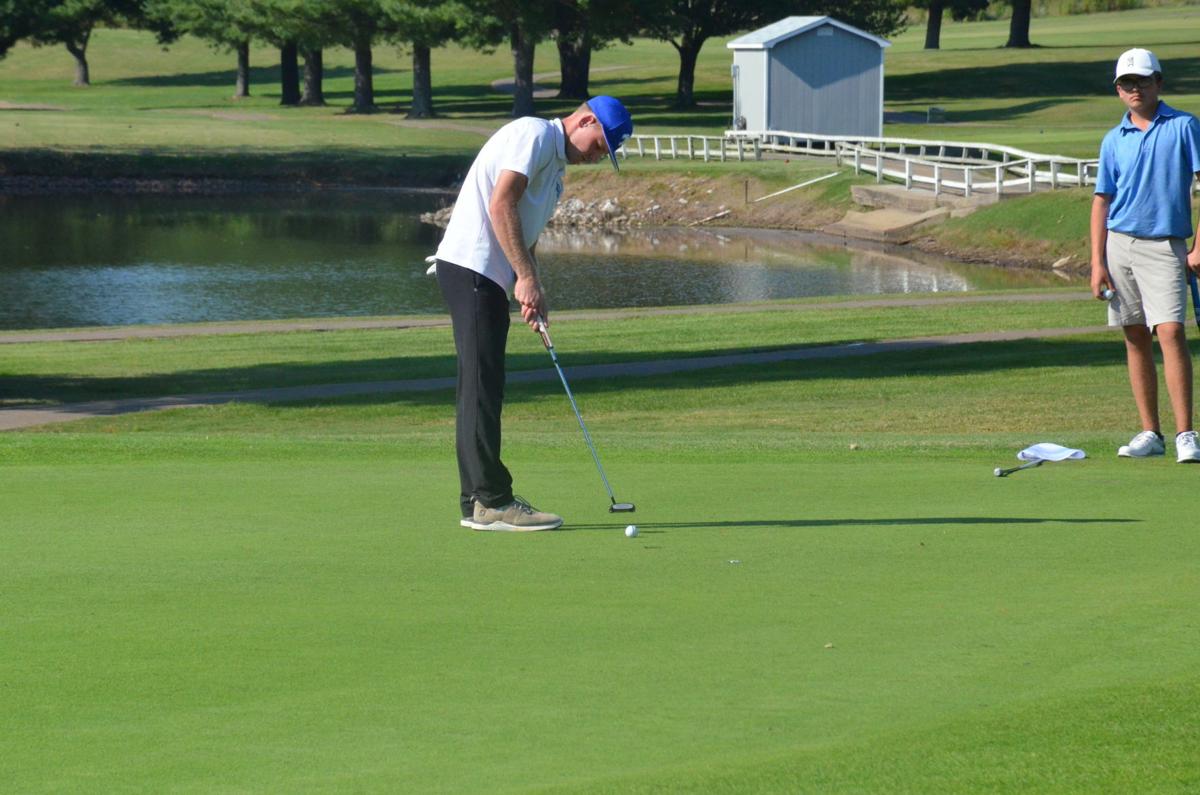 Above: Wildcats’ senior Dalton Fiveash sinks his putt on the 18th hole to clinch a qualifying spot as an individual to compete in the KHSAA Boys’ State Golf Tournament at the Region 3 Golf Tournament last Tuesday at Rolling Hills Golf Course in Russellville. 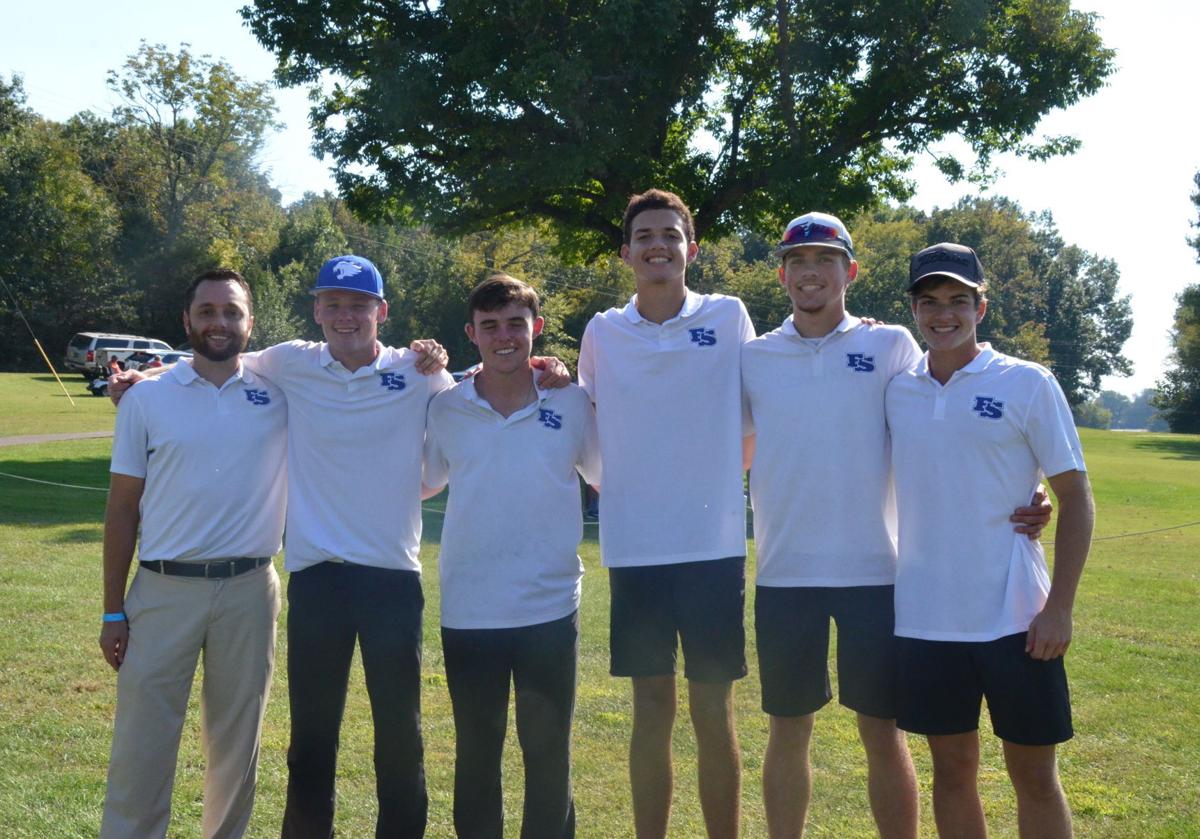 Above: Wildcats’ senior Dalton Fiveash sinks his putt on the 18th hole to clinch a qualifying spot as an individual to compete in the KHSAA Boys’ State Golf Tournament at the Region 3 Golf Tournament last Tuesday at Rolling Hills Golf Course in Russellville.

Fiveash, who shot a four over par score of 76, was one of four players alongside Dalton Hogan, of Warren East, Brennen Smith, of, South Warren and Bo Shelton, of Glasgow, vying for the final three individual spots for next week’s tournament. Smith was eliminated on the first playoff hole allowing the other three players to advance to this week’s state tournament.

Fiveash has competed in the KHSAA Boys’ State Golf Tournament all five years of his high school career.

“I have that love/hate relationship with the Bowling Green Country Club. Some days I love it, a lot of days I don’t,” Dalton Fiveash said. “Playing up there during a state tournament, the greens are fast and if you don’t hit the fairways, you will not score well. I will use the same plan as I have in the past. First day, I will play smart to shoot my best to make the cut and the second day, just let it loose, grip it and rip it. I gotta win this thing but if I am near the top of the leaderboard on the second day, then I will do what I can to stay at the top.”

“Five years in a row is amazing,” Wildcats head coach Alec Silchuk said. “I have never been so nervous watching someone play in a four man playoff. I wanted it for him so bad. It took an extra hole to get it done and now he will get to play one more time in the state tournament. Our first goal is to make the cut and the second is to shoot as low as possible on the second day.”

After Minnesota's beat up Nebraska physically the past two years, Huskers say, 'We owe them one'

Packers injuries at cornerback could mean Fields day for Bears

Other scores from the Wildcats include a 77 from senior Chase Wilson, an 83 from junior Connor Vincent and seniors Logan Garner with an 85 and Ben Banton with an 87.

“Everybody had to be on their “A” plus game today. Greenwood showed that they were the team to beat all season and that team is good enough to possibly win the state tournament. I knew we had to bring it and it is what it is. We just didn’t have enough today to get it done,” Silchuk said. “I feel bad for Chase (Wilson). It’s sad to see him walk off on the 18th in tears. He’s probably down on himself right now and there are bigger things to come for not only him but for the other seniors: Ben (Banton), Dalton (Fiveash) and Logan (Garner).”

The Leachman/Buick/GMC Cadillac KHSAA Boys’ State Golf Tournament will have its opening round on Friday and the championship round on Saturday.