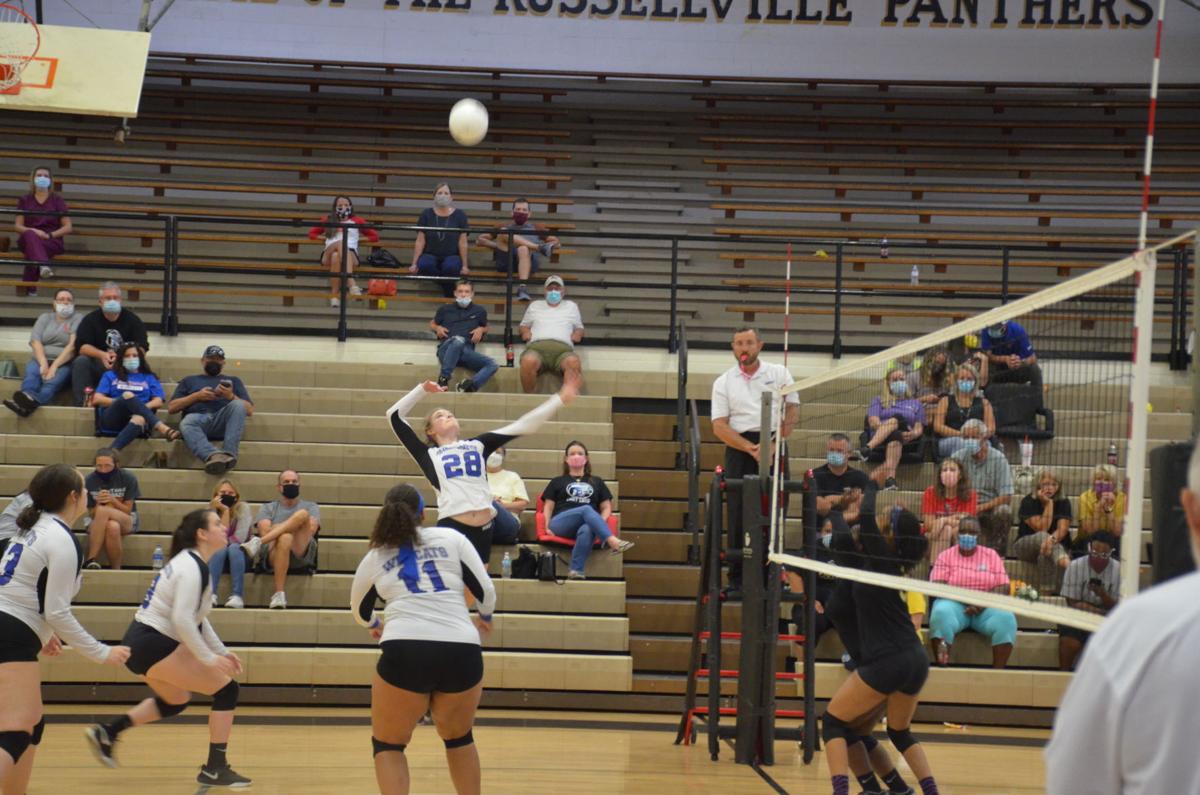 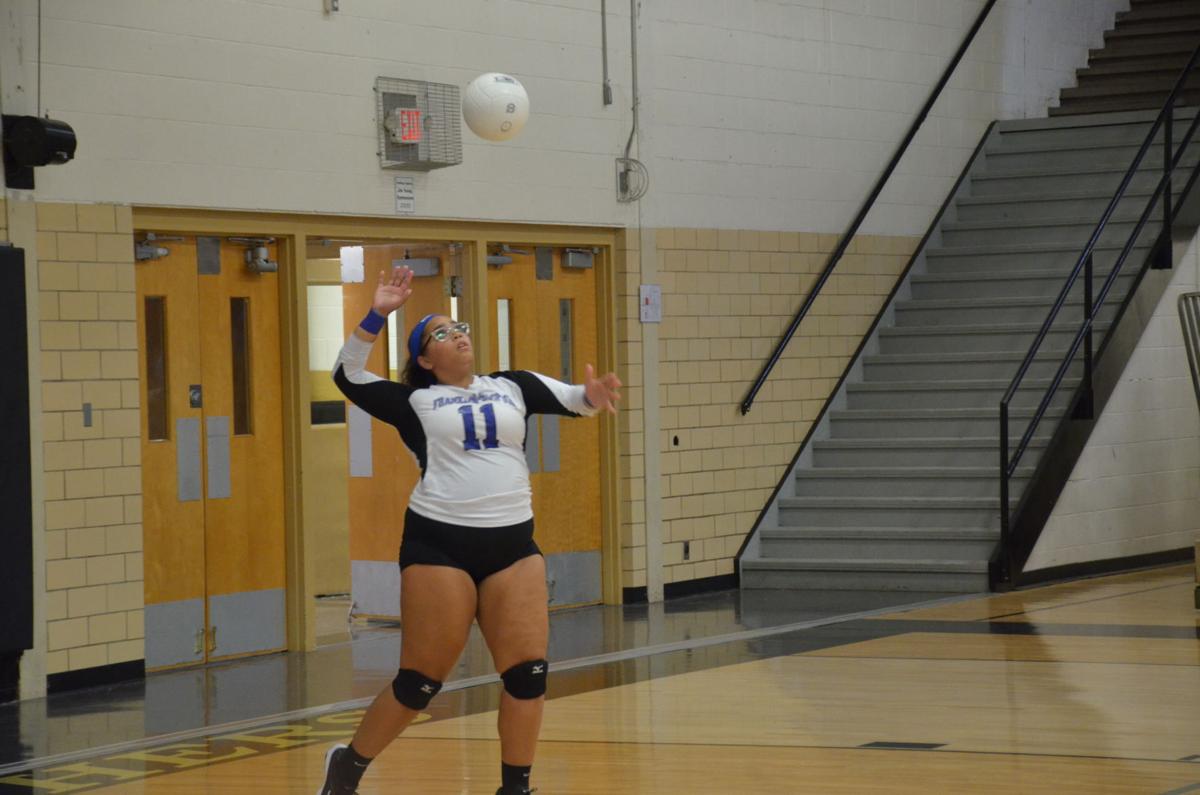 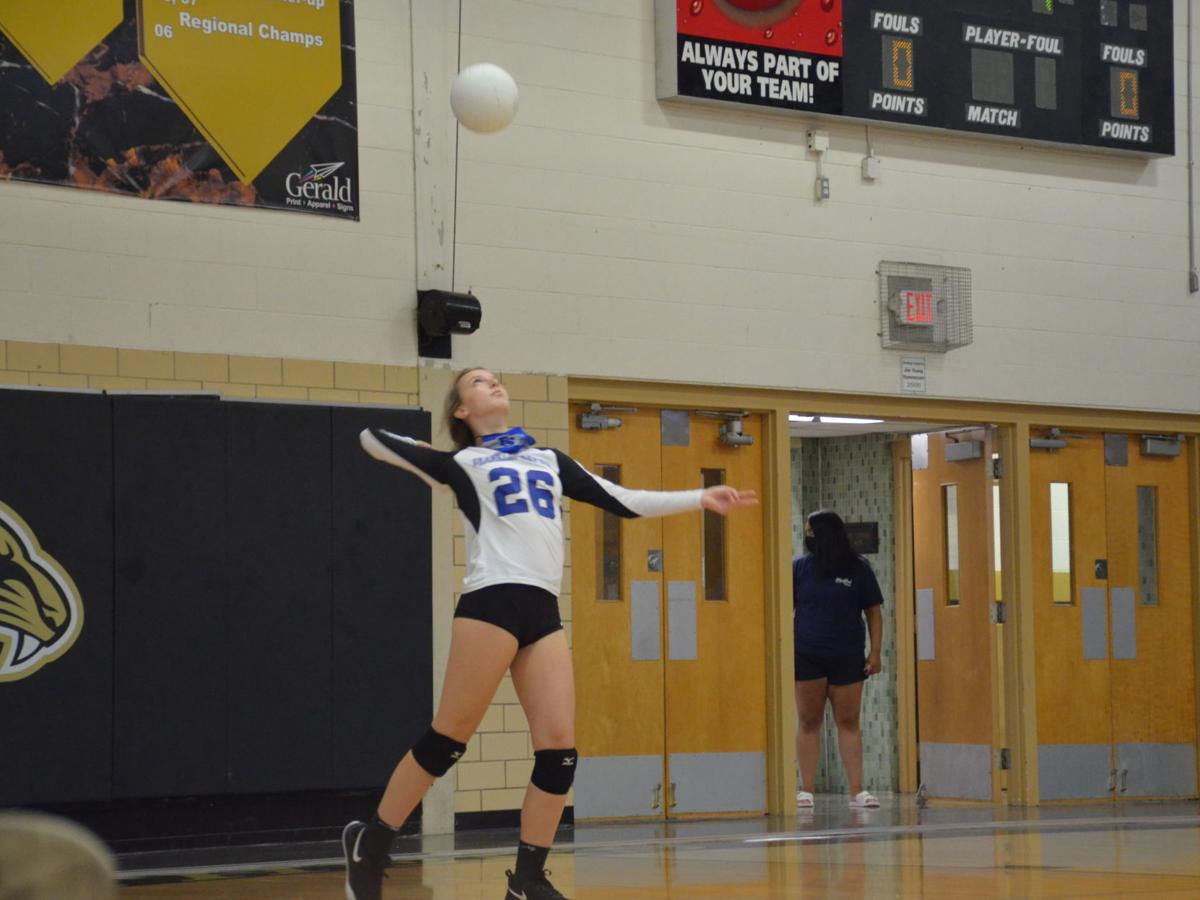 The Franklin-Simpson Lady Cats’ volleyball team picked up their 13th District win of the season with a straight sets (25-11, 25-7 and 25-20) victory over the Russellville Lady Panthers last Tuesday night. The Lady Cats are 1-1 in district play, 4-3 overall for the season.

“It is a good win. Everybody played the way I thought they would but we got a lot more work to do,” Lady Cats head coach Jerred Long said. “We have a big district match coming up with Todd County Central. They are much improved and so are we and we will have something for them.”

Senior Carly Bush had a team high of eight aces along with nine kills and a dig.

“We were in a rut for a little bit but I am happy with how everyone played tonight. We played as a team and it was a team effort. We really pulled through this as a team tonight,” Bush said. “It’s my senior year so I am very excited when we play district matches and excited to get this district win tonight.”

“We played well but we were a little lazy in areas,” Suggs said. “Our energy level wasn’t where I feel like it should be. We have a big week with four matches this week and we will need to keep playing better, have our energy level up and play with confidence if we want to come away with wins.”