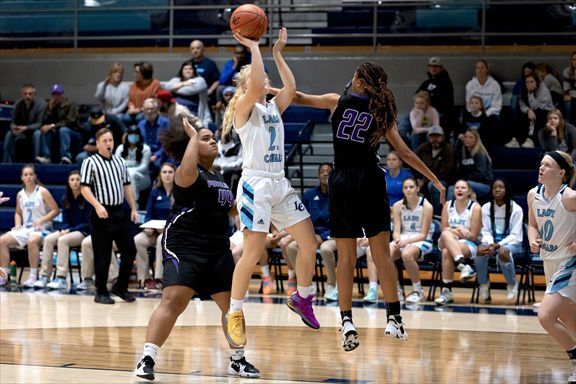 Lady Cougar Emerson McKinnis goes up for the shot with teammate Gracie Borders waiting for the drop. 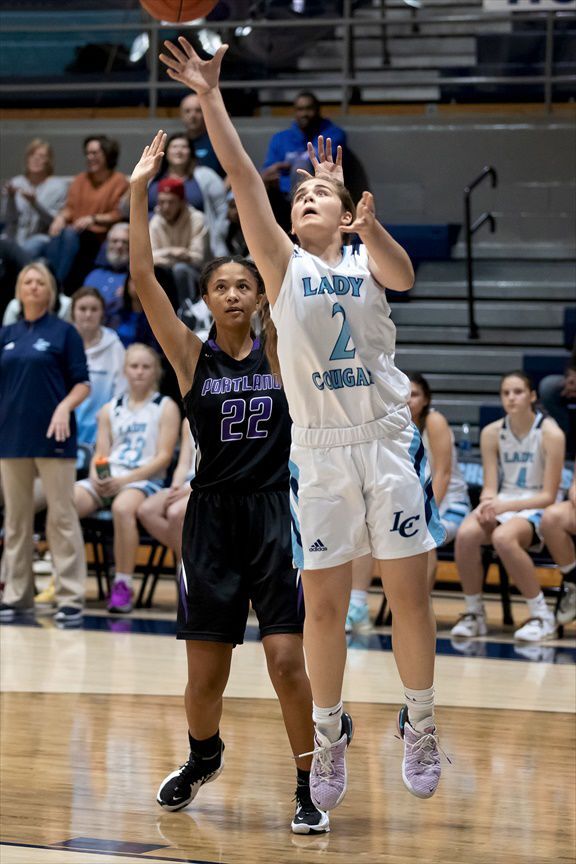 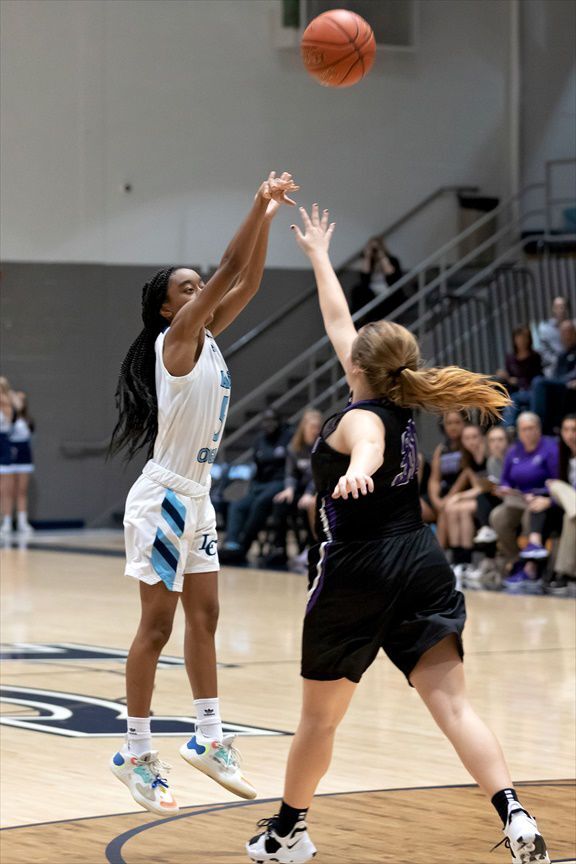 Lady Cougar Ta’Kiyah Mason lobs one to the basket.

Lady Cougar Emerson McKinnis goes up for the shot with teammate Gracie Borders waiting for the drop.

Lady Cougar Ta’Kiyah Mason lobs one to the basket.

Tuesday nightlife got a little bit back to normal as the Portland Lady Panthers came to town for a little basketball action against the Lady Cougars after a weekend of loss and devastation.

Before we talk basketball, I would be amiss not to mention that more than $4,000 in gift cards/cash was collected at the gate for the victims of the tornado from those who attended Tuesday night’s doubleheader. Additionally, in an extreme act of kindness, the principal of Portland High School, David Woods, presented LCHS Athletic Director Greg Howard a $500 check to be used in the relief efforts. The generosity of everyone is a bright spot in all of the loss.

The Lady Cougars won the opening tip-off but after a couple of miscues found themselves down 5-0 quickly. A three from Nora Epley made it 5-3 but a couple of free throws and another bucket had the Lady Panthers up 9-5. However, the Lady Panthers would be stuck on those 9 points for quite some time as the Lady Cougars went on a 15-0 run that would last into the third quarter. The first quarter ended with 7 quick points from senior Kadyn Costello and Coach Adler implementing full-court pressure defense. The quarter ended with the Lady Cougars up 12-9.

The second quarter started much like the first ended with Costello scoring on a layup followed by buckets from both Borders — Emily then Gracie. That summed up the scoring for the second quarter as the Lady Panthers were held scoreless and it was 18-9 at the half.

After honoring the 4A State Semi-Finalist football team at halftime, the Lady Cougars added another bucket before the Lady Panthers finally scored again putting an end to the 15-0 run that began in the first quarter. From that point on, both teams basically traded buckets with the Lady Panthers getting as close as 4 in the 4th quarter. Ultimately they were unable to recover from their scoring drought and Coach Adler’s team held on for the win 32-27.

Scoring for the Lady Cougars was led by Costello with 13 followed by E. Borders with 8, G. Borders 6, Epley 3, and Emerson McKinnis with 2.

“I was very proud of the intensity in the first half. Once again, I feel like our defensive intensity set the tone. In the second half we came out flat and looked like we were running in quicksand but when reflecting back I feel like that could be expected,” said coach Dedra Adler. “I believe the recent events took both a physical and emotional toll on our girls and it caught up with them. I was proud that they were able to push through and finish strong. Tuesday night was a special night. We were able to honor our football team for their amazing season, honor teachers for Teacher Appreciation night, but most importantly our community donated over $4,000 in gift cards to help those impacted by the storms. The visiting team, Portland, donated $500. It was just nice in the midst of all the tragedy to see the generosity of our community!”