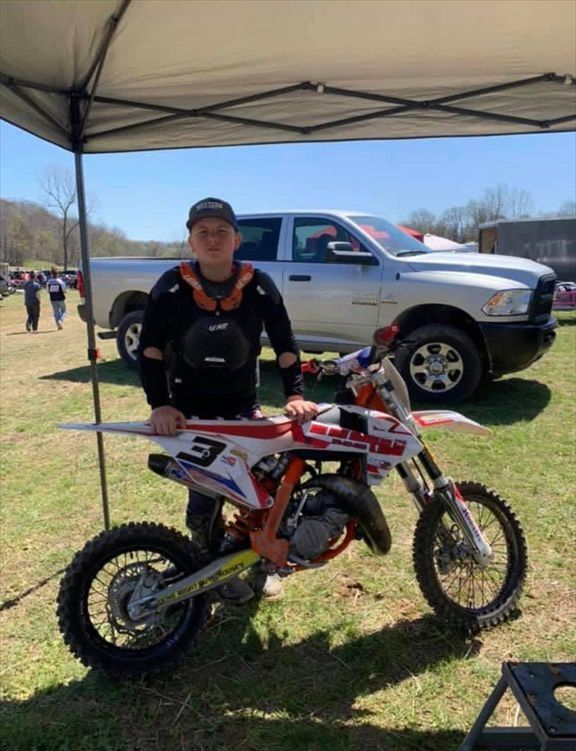 Luke Johnson stands by one of his bikes. 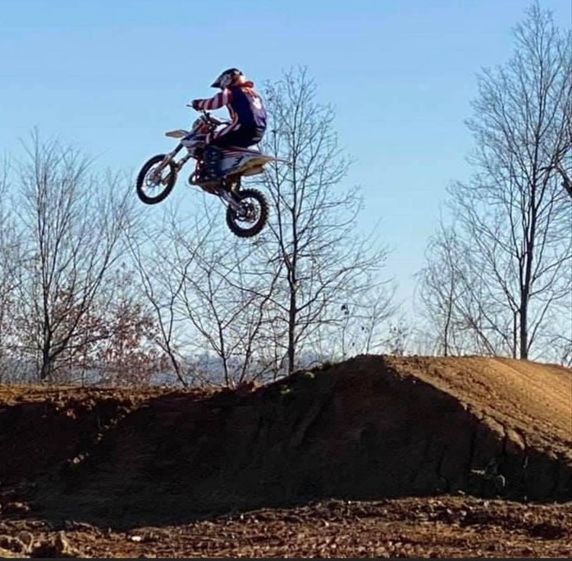 Luke Johnson makes a jump at the track. 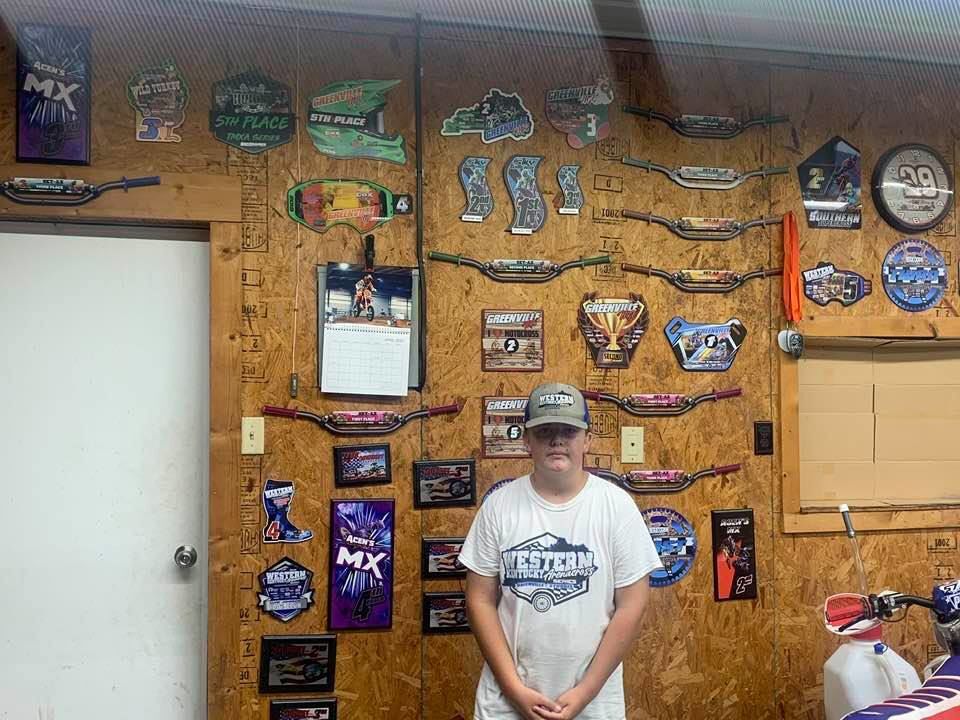 Luke Johnson in front of the many awards he has won through racing.

Luke Johnson stands by one of his bikes.

Luke Johnson makes a jump at the track.

Luke Johnson in front of the many awards he has won through racing.

At 13 years old, Logan County’s Luke Johnson is climbing the competitive hills of motocross and jumping into the spotlight with a sport that requires not only talent but fearlessness as well.

Luke, a freshman at Logan County High School, began running motocross three years ago at the age of 10. Motocross is a form of off-road motorcycle racing held on enclosed off-road circuits with numerous land obstacles to overcome.

Luke realized he wanted to get involved in motocross after watching the sport on YouTube. Finding races in the area followed with Luke and his mom attending and learning more about it. This only reinstalled Luke’s drive to get on a bike.

“He bought his first motorcycle (Kawasaki 110) with money he saved from birthdays and Christmases,” said Luke’s mom, Jennifer. “He also mowed yards.”

Luke’s parents are very involved and supportive of their son and even purchased an RV with a trailer to travel the circuit. “It’s a family deal,” said Jennifer.

“Do I worry about him? Of course, I do. But, I know this is something he really wants to do and he is really good at it. I just say a prayer when they come off the gate to keep them all safe,” Jennifer said.

In this sport, broken bones are very common. Luke has already filed away a broken collar bone and knows there will be more down the road. “It’s not ‘if” you break a bone, it’s more of ‘what” bone will be broken,” Jennifer understands.

Luke practices a great deal. He rides on the track at Echo Valley in Sebree, Ky. among many others where he competes. He is part of the Done Right Racing Team out of Hopkinsville and has many sponsors including WFO Suspension, Done Right Remodeling, Done Right Rentals, Done Right Repair, Hoosier Racing Tires, Motoseat, CK Design, and JPM Performance.

The races Luke competes in throughout the year all lead up to the same goal ... to make it to Loretta Lynns. The legendary Loretta Lynn’s Ranch holds a world-class track, only open twice per year for race events, and is the final showdown from the top amateur riders in the United States who compete against one another to determine who will go on to win the Annual National Championship.

“I really want to go there,” said Luke adding he will keep trying until he does. “It’s just a fun sport all around and I want to go as far as I can.”