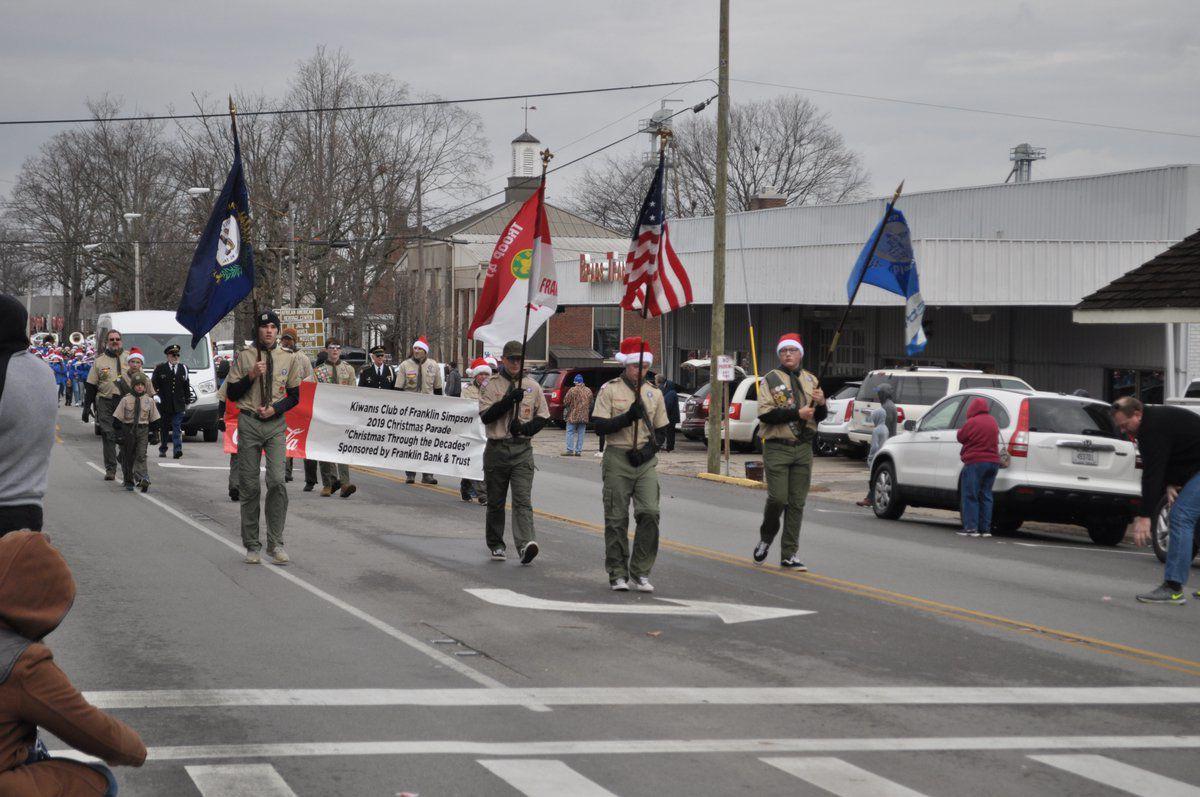 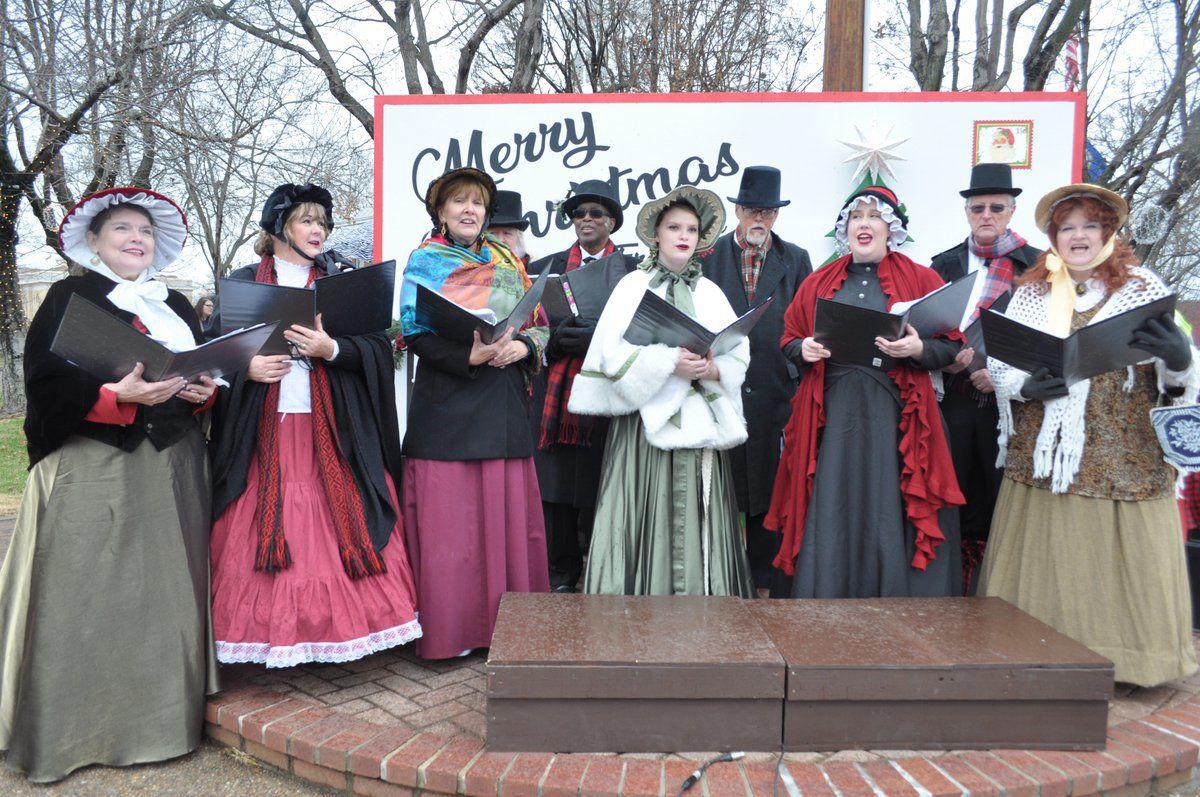 Part of the Small Town Christmas events were carolers dressed in period clothing walking around the square singing Christmas songs to entertain the crowds before the parade.

Part of the Small Town Christmas events were carolers dressed in period clothing walking around the square singing Christmas songs to entertain the crowds before the parade.

Local residents lined the streets of downtown Franklin for the annual Small Town Christmas event and parade on Saturday, Dec. 14.

"We had a lot of people come out before the parade," said Amy Ellis, executive director of Franklin-Simpson Renaissance, the organization behind the Small Town Christmas festival. "It gives them something to do before the parade starts."

"We love it, we come every year," said Brenda Perdue, a costumer, who attended the

Kara Jo West, who was shopping alongside Perdue, said she purchased all of her Christmas presents this year exclusively in Franklin.

The Franklin-Simpson High School softball team passed out hot chocolate and cookies to visitors of the festival, and project graduation had a booth selling blankets.

"We try to do what ever we can to help our community and give back," said Kaeleigh Tuck, 16, a member of the FSHS softball team.

Singers in period clothing walked around the square singing Christmas carols and entertaining those waiting for the parade to start. Ellis said many of the carolers were members of the community that had performed in productions put on by the Franklin-Simpson Community Arts Council.

Meanwhile at The Gallery on the Square, craft activities were setup for children who wanted to decorate a cookie or gingerbread house.

The Simpson County Historical Society held its Christmas Open House and invited guests to take tours of the center and archives.

"We've just sort of made it a tradition every year for quite a while," said James Henry Snider, president of the Simpson County Historical Society. "It also ended up being on a day when there is quite a bit going on downtown so we may get a little bit of extra traffic, especially if it starts raining harder."

The day of activities wrapped with the annual Christmas Parade sponsored by the Kiwanis Club of Franklin-Simpson.

Darren Bush, president of the Kiwanis Club of Franklin-Simpson, started off the parade by introducing himself and the emcees, Lisa Deavers and Amy Ellis.

"We always worry about having to reschedule due to weather, but thank goodness the rain held back, and we were able to have a great parade," Felicia Bland, public relations coordinator for the club, said.

According to Bland, the parade entries totaled 35 this year with several newcomers mentioning they plan to attend again in 2020.

"We would just like to thank our parade sponsor Franklin Bank & Trust, our MCs, volunteers, all who participated, and the community for coming out to support us," Bland said. "Each year we work very hard to make our parade a fun atmosphere for the entire family. We hope everyone enjoyed it and looking forward to an ever better one next year."