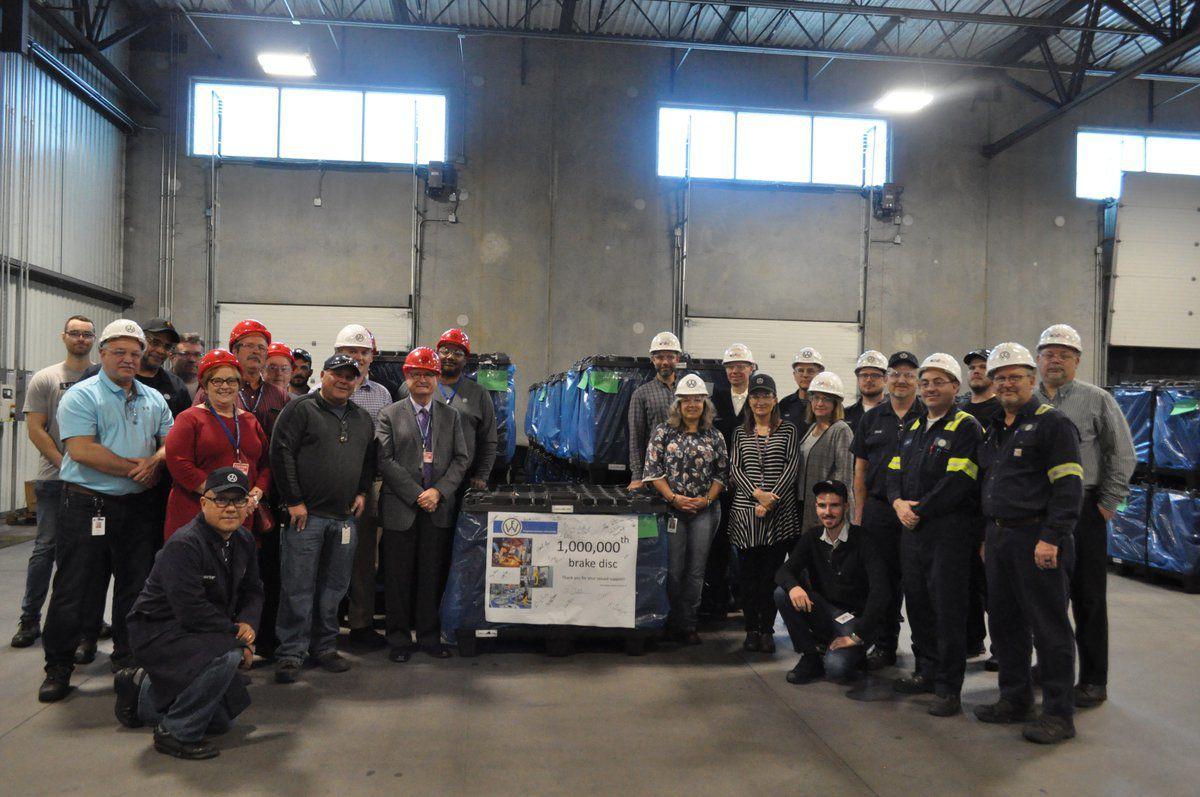 Fritz Winter employees and community officials celebrate the one-millionth shipment of brake discs sent out from the Franklin, Kentucky location after opening two years ago. 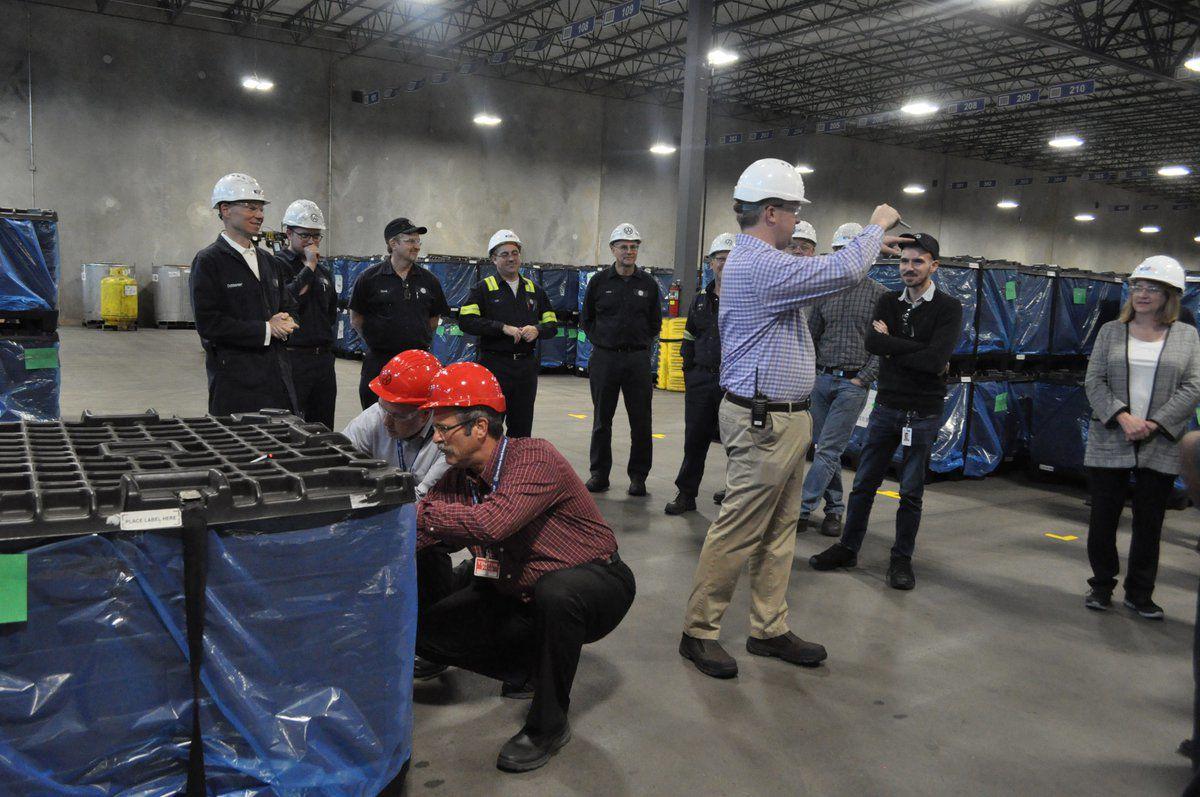 Denny Griffin, executive director of the Franklin-Simpson Industrial Authority and Simpson County Judge Executive Mason Barnes sign their names along with other community officials and Fritz Winter employees to the one-millionth shipment out of the Franklin, Kentucky location before it is shipped off to Tuscaloosa, Alabama.

Fritz Winter employees and community officials celebrate the one-millionth shipment of brake discs sent out from the Franklin, Kentucky location after opening two years ago.

Denny Griffin, executive director of the Franklin-Simpson Industrial Authority and Simpson County Judge Executive Mason Barnes sign their names along with other community officials and Fritz Winter employees to the one-millionth shipment out of the Franklin, Kentucky location before it is shipped off to Tuscaloosa, Alabama.

Fritz Winter North America LP, a German based company, celebrated their one-millionth shipment of brake discs out of the Franklin, Kentucky, location.

"I am really proud of this company, I am very proud of our employees that we have achieved that," said Rainald Dobbener, chief operations officer at Fritz Winter.

Construction started on the Franklin location in 2016, according to their website and the first pour of iron was in June 2017 with shipments to customers starting in August of that year.

Jeremy Baker, logistics manager at Fritz Winter, said they are a true manufacturer of the products. They receive the scrap metal, they melt it down, pour it, machine it, paint it and ship it.

"It is an incredible feeling to accomplish this and get this out of the way because it shows we are developing as a company and it show that customers are depending upon us to give them a high quality part," Baker said.

The company has the capacity to produce about 300,000 parts in one month, but they are only doing about half that amount since they only run first and second shifts, said Erik Storrer, foundry manager at Fritz Winter.

He said the one-millionth shipment meant they have achieved normal production.

"It's surreal because your job changes," Storrer said. "One day I was construction manager, not really a foundry man and now my job is very different and we are a normal production company today."

The one-millionth shipment has roughly 650 parts on the load and will be sent to Tuscaloosa, Alabama, Baker said.

Dobbener said he has been involved with the project since it started in Germany. In the last year had the chance to come to Franklin and take over part of the responsibilities at that location.

"I'm really proud of the people and what they have done in the last three years here and we are very nearly close to the full installation of the foundry that will be finished at the end of this year," he said.

Dobbener said they need to finish installing some machines and lines need to be approved before they are fully initialized then they can start looking for more business. He said the more customers Fritz Winter takes on then more jobs would be created.

"It is amazing to see what was a vacant lot of grass to today were we are actually shipping our first million," Storrer said.