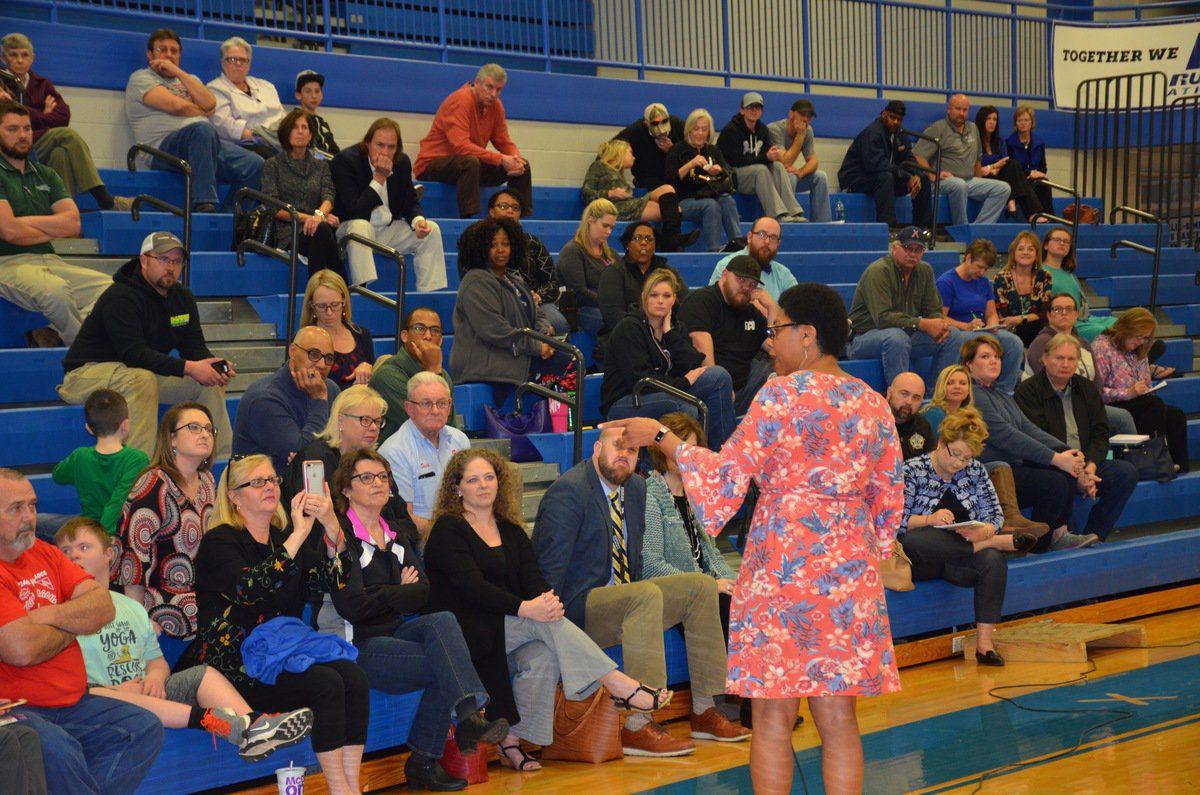 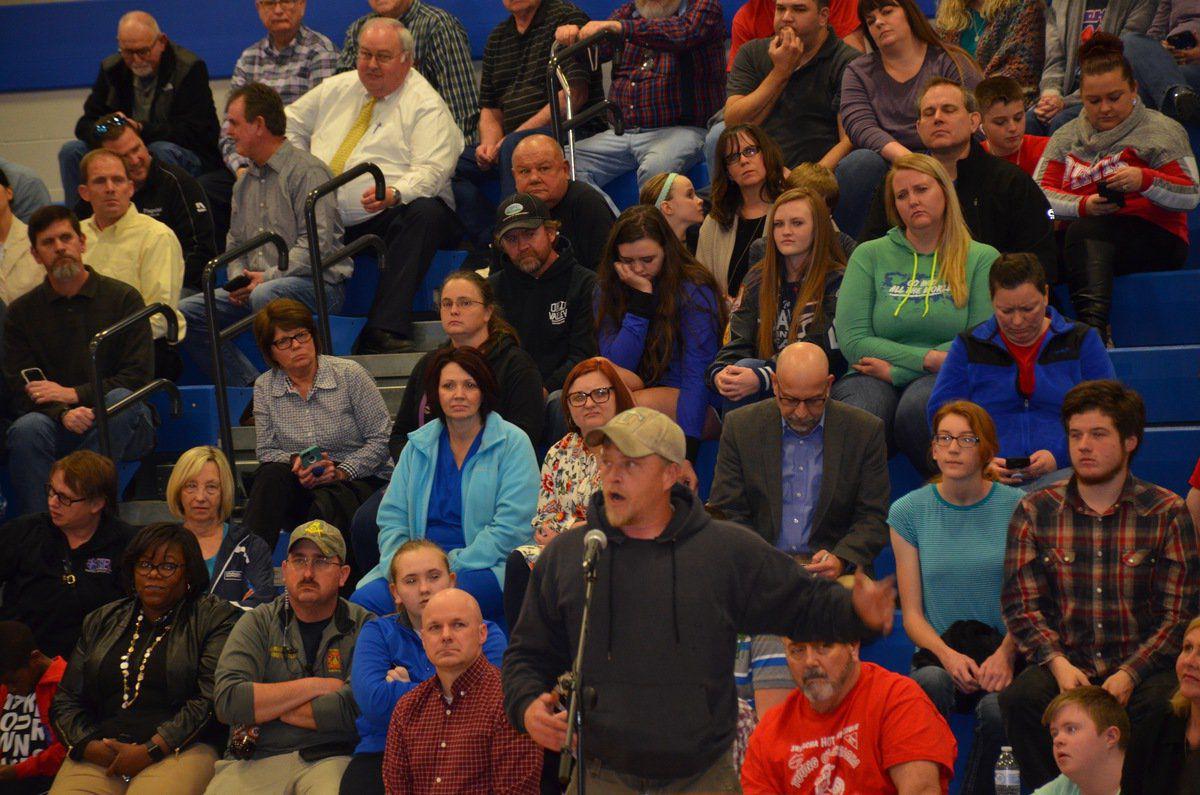 Robbie Sadler addresses a panel of school and community officials with concerns about bullying.

Robbie Sadler addresses a panel of school and community officials with concerns about bullying.

"With what's been going on recently, people are on high alert," Superintendent Jim Flynn said. "We know safety trumps everything … and the most precious thing we have in the world are our children. It's a shared responsibility to report [potential threats] to someone who can do something, and the people here tonight can."

"You can have the greatest strategy in the world but it needs to line up with the culture, because culture eats strategy for breakfast," Flynn said. "One way schools get tripped up is adult-centered decision making, when we need to be focused on our students. One of our goals is for every student to have at least one adult in the school they trust, who cares about them and their success."

In addition, the schools go through three safety audits per year, one by a third party and two conducted by Director of Pupil Personnel Joey Kilburn and his team.

"When school shootings became prevalent, they started training all law enforcement officers to respond the same way," Hopson said. "In Kentucky our first response is to find and eliminate the threat. We also have what we call special deputies. Several of them are very involved in schools … you've got an officer there and you don't even realize, so if something's bad, they're ready to step in."

The sheriff's office has also provided safety training to schools, and deputies make frequent stops at the buildings to check in and provide a police presence. Despite normally responding to incidents in the county, they share responsibility for the school district with the Franklin Police Department.

According to Franklin Police Chief Roger Solomon, the police department and sheriff's office are also collaborating with other organizations on the panel to create a unified response plan.

"There have been dozens of these events in the last 20 years. Each time, we look at them and try to change the course of what we do and how we respond," Solomon said. "We're working on a unified plan right now. We all have our procedures and policies in place, but we're trying to unify them the best we can. "

"I can assure you tonight, that we will effectively respond to anything regarding safety in the school system," Solomon said. "The most important thing I can tell you tonight is that relationships and foundations are major keys to stopping these things in advance."

Emergency Management Director Bob Palmer said his team is helping coordinate the unified plan, talked about some focus areas and asked for community feedback over the course of the process.

"In my opinion, one of the top priorities to got to be prevention, whether it's with mental illness or stopping the [flow of] drugs," Palmer said. "If you hear something or see something, now you know something. And if you know something, I believe [everyone has a] responsibility to make sure someone else knows, so report it up."

"As we know from the previous shootings, most of these individuals are suffering from mental health issues," Lewis Sr. said, noting that the counseling center partners with schools to offer intervention, treatment, referrals and on-site assessments.

"We're trying to touch base on every aspect; physical, mental and emotional health," Lewis II said.

The public also had a chance to offer input during a 30-minute forum moderated by Simpson County Schools Director of Human Resources Milli McIntosh. Seven locals shared their concerns as the Simpson County Board of Education took notes for consideration.

Bullying was a common topic among the speakers, as several perpetrators of mass shootings were also bullying victims. Robbie Sadler said some students allow themselves to be harassed because they fear discipline and asked if there was a way to keep them from feeling helpless.

"We need a bridge for these kids … to let them know there is somebody to talk to," Sadler said. "These kids are backed into a corner, and time and time again I've heard it myself. They're scared of what will happen if they stand up for themselves."

Flynn said sometimes it is unclear who started a conflict and the issue is complex, but that as a parent he encourages his children to feel comfortable defending themselves from bullies if necessary.

Jane Lewis approached issue of bullying from a mental health perspective and offered input to the audience as well as the board.

"What I'd like for us to do is work with school psychologists and mental health workers to identify [the] bullies as well as those being bullied," Lewis said. "Bullies deal with mental health issues as well, and all students need to have those problems addressed."

Although the forum only allowed half an hour, those involved with the event asked the community to stay engaged as they look for answers to any safety concerns.

"One thing I always remind parents to do is call and let us know if [a solution doesn't] work," Flynn said. "We have to keep advocating for every kid, and kids need to advocate for themselves too. If step one doesn't work, we'll find step two."