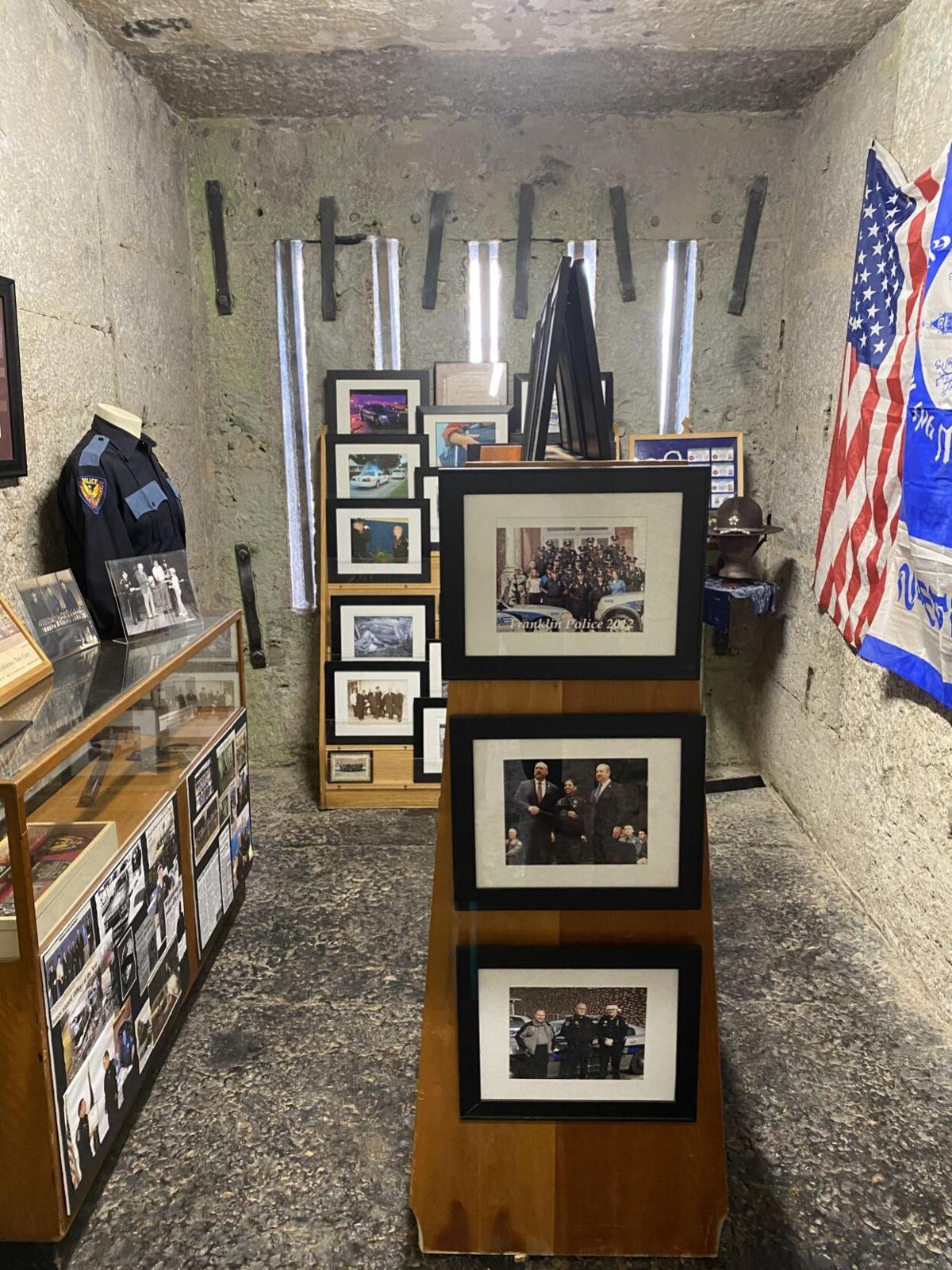 An exhibit honoring local law enforcement is currently on display at the old jail museum. 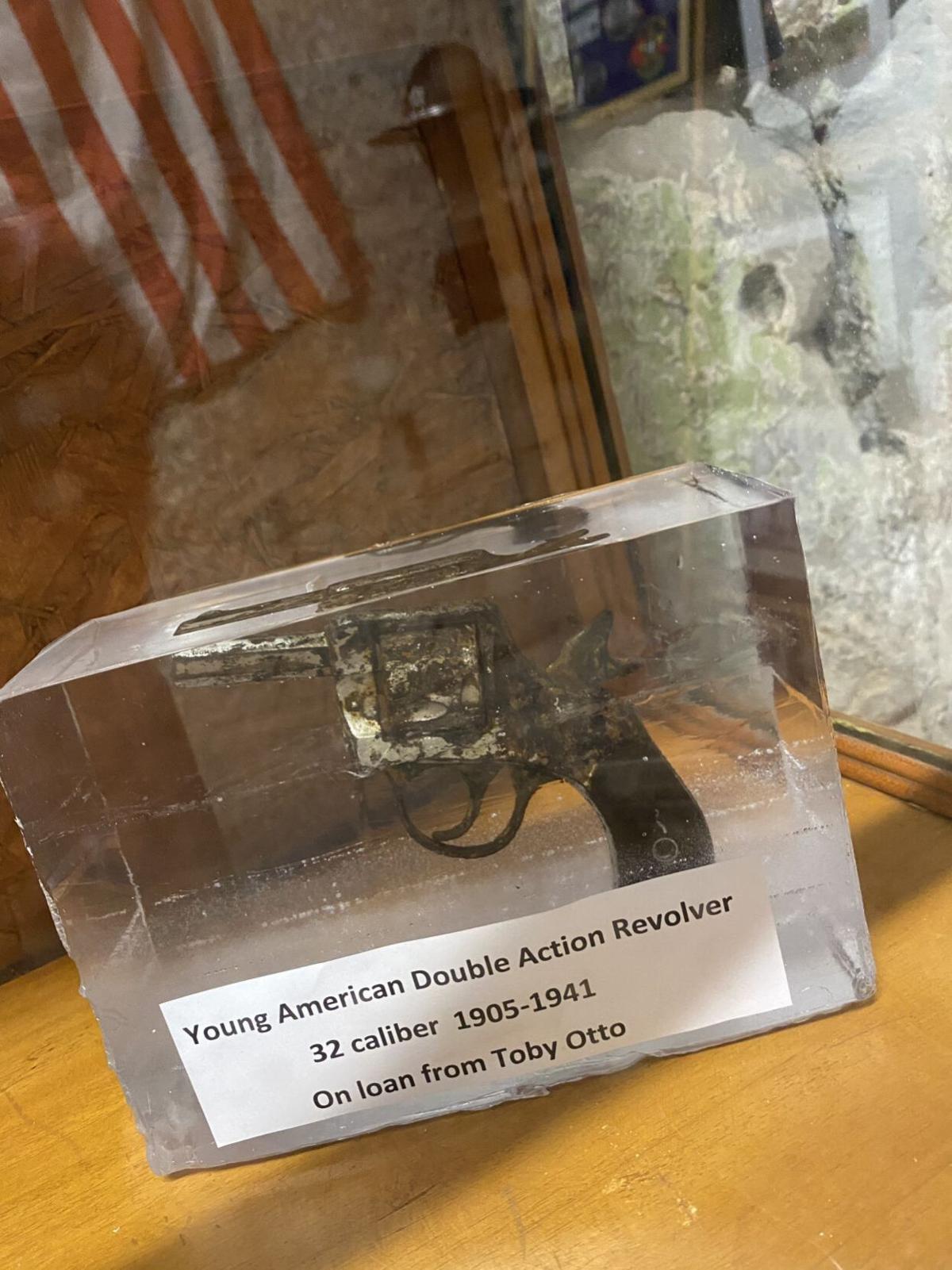 A Young American Double Action Revolver 32 caliber 1905-1941 gun is part of the display along with uniforms and other memorabilia. 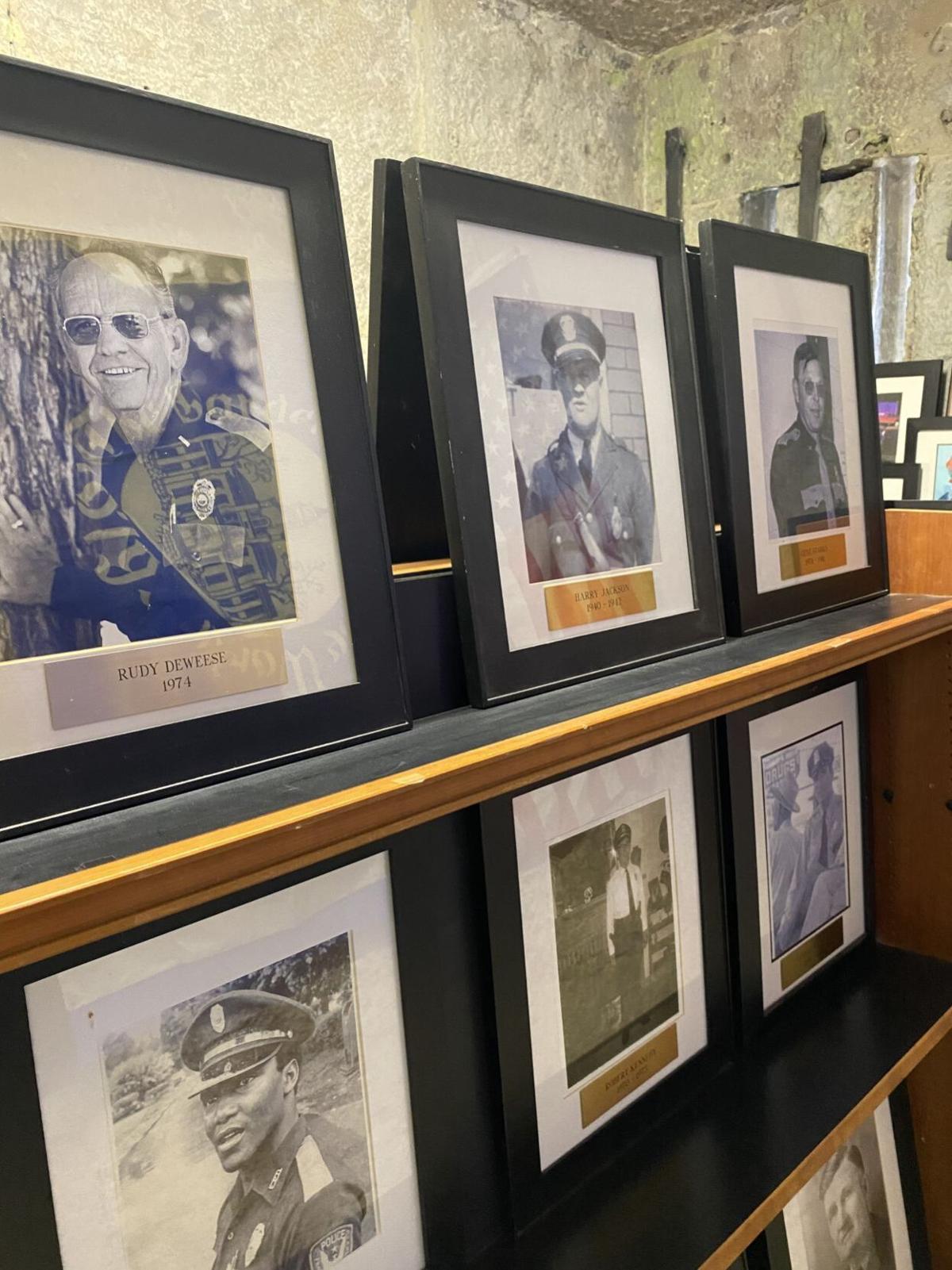 Photos of law enforcement can be viewed throughout the exhibit.

An exhibit honoring local law enforcement is currently on display at the old jail museum.

A Young American Double Action Revolver 32 caliber 1905-1941 gun is part of the display along with uniforms and other memorabilia.

Photos of law enforcement can be viewed throughout the exhibit.

An exhibit honoring law enforcement is on display at the old Simpson County Jail Museum and Archives.

The law enforcement exhibit is located inside a former cell for inmates.

The exhibit includes pictures of former members of the Franklin Police Department and Simpson County Sheriff’s Office along with pictures of newspaper articles and other artifacts related to both local law enforcement agencies.

Billy Wilkerson, of Franklin, set up the exhibit. He said it has been open for about two months and “is a work in progress.”

Wilkerson, who works at the Simpson County History Center, said he began working on the exhibit about three months ago.

“Past people who worked here have had the idea of wanting to honor the police department,” Wilkerson said. “ So we’ve been working on this since we cleaned out the cell.”

He said in addition to honoring the police department and sheriff’s office the exhibit is in honor of all first responders. Kentucky State Police items are also being accepted for the display.

“We’re adding daily to [the exhibit],” Wilkerson said. “Most people bringing stuff to us is on loan, they can pick it up anytime, but we like taking donations so we can try and keep the exhibit going as long as we can. As long as we can have space for [the display], I’d like to see it carry on.”

He said an exhibit honoring Franklin-Simpson firefighters is also on display at the history center and work is underway to honor Simpson County Jail employees at the old jail.

An old fire truck is among the items honoring firefighters at the history center. Pictures of former jail staff are on the wall of a cell across from the cell with the law enforcement display.

Simpson County Historical Society President/CEO James Henry Snider and history center volunteer said a goal has been to turn some of the cells at the old jail into displays about law enforcement, judges, and others.

The history center and old jail also have artifacts honoring businesses and a display honoring the U.S. military.

Snider said people bring items almost every day to display that they don’t want to throw away, but want other people to see.

Republican Party history from the year you were born

“This is the place to bring it,” he said. “Hopefully, this will be here forever, however long that is. We’re always looking for donations of items and also donations of money never hurt.”

Snider said the history center was closed for three or four months due to the pandemic, and the number of visitors is starting to increase.

He said in addition to visitors from Simpson County, people from several states have also visited the history center.

Snider said most of the comments are positive.

“You can always find somebody to complain about something, but most everything (comments) we get seem to be positive,” Snider said. “We gotten several good financial donations, though we can always use more.”

The old jailer’s residence is connected to the old jail and is on display to the public along with a Civil War display on the second floor of the building.

There is no admission charge for the history center or old jail and no charge to use research materials.

Individuals interested in visiting the old jail should first go to the history center where a guide will open the old jai facility, which is usually locked.

National Police Week is celebrated May 9-15.

In 1962, President Kennedy proclaimed May 15 as National Peace Officers Memorial Day and the calendar week in which May 15 falls, as National Police Week. Established by a joint resolution of Congress in 1962, National Police Week pays special recognition to those law enforcement officers who have lost their lives in the line of duty for the safety and protection of others.

The history center phone number is 270-586-4228. The website is simpsoncountykyarchives.com.