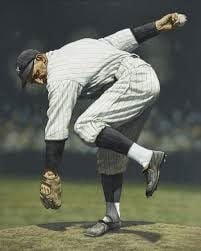 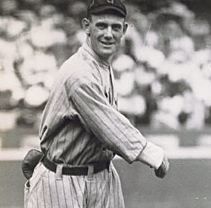 The baseball slowly rolled back towards the pitching mound where New York Yankees pitcher Carl Mays fielded it and tossed to first baseman Wally Pipp. Both thought it was the first out of the inning in a game between the Cleveland Indians and Yankees.

Laying on the ground over home plate was Indians shortstop Ray Chapman. Mays’ sidearm fastball had struck the plate-crowding batter in the temple. It was Chapman’s head and not his bat that looked initially like a hit, and even sounded like one. Yankee right fielder Babe Ruth was said to say he heard it 250 feet away.

The game being played in the Polo Grounds in New York on Aug. 16, 1920, became the most tragic incident in the history of baseball.

Yankee Stadium had not been built yet and the Yankees and New York Giants at the time shared the large Polo Grounds facility. The thousands there that day were stunned. They knew all about Mays, the ace of their pitching staff, and they also knew that Chapman was one of the fastest players in baseball. If he hunted the ball he had a good chance of legging it out. He had bunted against Mays be-fore and this time he was determined to keep Chapman from crowding the plate and laying down a bunt. He had done it before against the Yankee pitcher.

It was a time in baseball when the players were “rough and tumble.” Scuffing up a baseball, spitting tobacco juice and dirt on it was all a part of the game. And batting helmets were for sissies. Mays thought a brush ball would be enough to move Chapman back. He was considered the best bunter in baseball, leading the American League in sacrifice bunts three times. In nine years he had stolen 233 bases. He was so fast.

Mays, one of baseball’s best, threw with an unorthodox motion where he dipped so low his right pitching hand scrapped the dirt. Today the style is referred to as a submarine pitcher.

Mays was not popular with opposing players, or even many of his teammates. His personality was not endearing. On the other hand Chapman was well-liked by everyone.

With absolutely no microwave communications in 1920, it took awhile for the tragedy to become national news. But the New York press was all over it. Some wanted Mays banned from the game, opposing players refused to bat against him, even though he claimed it was an accident. Batters were hit all of the time, he said.

Now for the rest of the story.

Ray Chapman and Carl Mays were both Kentucky natives. In 1920, how probable was it for two 29-year-old Kentuckians to cross paths in a major league base-ball in New York City that has lived in infamy?

Chapman was born in Beaver Dam, Kentucky in 1891, but was raised in Herrin, Illinois. At the time of his death he was batting .303 with 97 runs scored. The Indians, without Chapman went on to win the World Series, and Mays finished the season with a 26-11 record for the Giants.

A little league baseball complex is named in Chapman’s honor in Beaver Dam.

Records show Mays was born in Liberty, Kentucky, in Casey County. But a closer look shows it was actually Atterson, a town that no longer exist. There is nothing to show any connections between Mays and Kentucky in the town. Notables listed for Liberty are former Kentucky Gov. Wallace Wilkinson and Charles Wethington, former president of the University of Kentucky.

His dad was a traveling Methodist minister so moving around from state to state was routine, from Kentucky to Missouri to Oklahoma.

Carl Mays put together a pitching career that some say is worthy of baseball’s highest honor . . . the Hall of Fame in Cooperstown. Few are aware of his 207 games-won over 15 years and a career of ERA of 2.92.

With the Red Sox over a three year period he won 61 games helping them to win championships in 1916 and 1918. While pitching for the Yankees, Red Sox, Reds and Giants he posted 20 or more win seasons five times and pitched in four World Series.

Several pitchers with lesser numbers have their pictures hanging in Cooper-stown.

Members of the Baseball Writers Association and a Veterans Baseball Commit-tee are responsible for adding membership. Mays seemed to have had little support in years gone by, but in 2020 he was closer than he had than ever come. Of players playing before 1943 it came down to him needing nine votes for inclusion. He received three.

Perhaps Carl Mays was correct when he wrote before his death: “Nobody ever remembers anything about me except one thing. That a pitch I threw caused a man to die.”