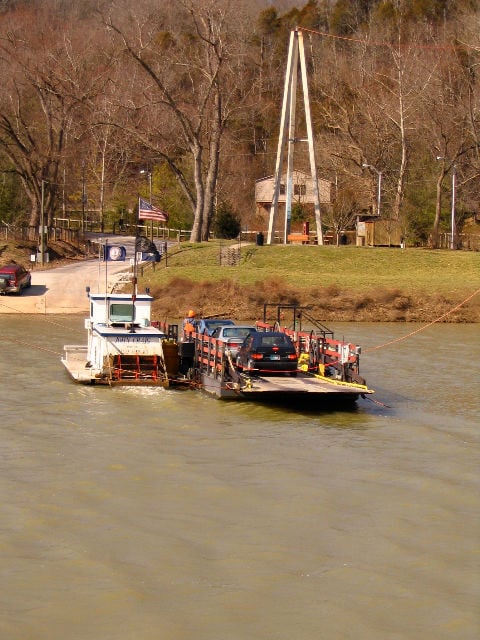 Car ferries serve a purpose for getting to the other side, and kids that have never experienced a ferry ride would love the excitement of riding on one. 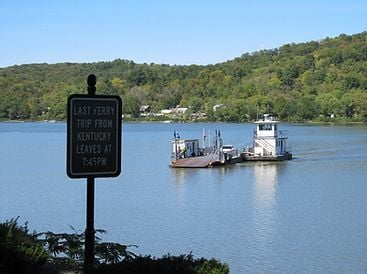 Car ferries serve a purpose for getting to the other side, and kids that have never experienced a ferry ride would love the excitement of riding on one.

I’ve found myself trying to come up with something, anything to get out of the house. Things are better than they were, but not much.

There has been times the ride meant downtown, around the square, thru the campus of Western Kentucky University, or wheeling thru a few neighborhoods. Regardless of where you live you know what I’m talking about.

Well, I’ve discovered something for Kentuckians to do that probably hasn’t been on anyone’s bucket list.

While some people set out to visit all 120 Kentucky counties and county seats, a ride on any or all of the state’s ferries would be an enjoyable accomplishment.

Believe it or not there are ten car ferries scattered across Kentucky.

Car ferries first came into my life as an eight year old in 1951, while traveling with mom and dad during the summer. He was a pharmaceutical salesman whose clients were in the Carolinas and Virginias. For a young boy it was fun. I’ll never forget my dad easing our two door sedan onto the wooden ramp that lead us onto the biggest boat I had ever seen. We were in line to get in position for a car ride across the Elizabeth River taking us from Norfolk, VA to Portsmouth.

As each car pulled aboard the ferry, the boat screeched, rattled and knocked. I remember being a little frightened, but very excited at the same time. Once directed to our spot the three of us were required to exit the car. It was later on another trip I realized it was for safety reasons. Who knows, someone could accidentally start their car and drive it off into the water. A wooden stairwell led all of the passengers to the top deck where we watched the lights on the other side draw closer and closer.

I don’t remember how long the trip lasted or how many cars were on the ferry. But, I do know the ride for me was over much too soon.

None of Kentucky’s car ferries are anywhere as large as the one I rode in Virginia, but I will tell you the few I have been on are fun and bring back some good memories.

Car ferries, passenger trains, and pay phones are pretty much a thing of the past. But, here’s the thing about these floating ferries. They serve a purpose other than just a fun thing to do on a weekend.

These ten Kentucky ferries are there to meet the travel needs of the locals, for convenience and saving time. A shortcut ferry ride across a river can save as much as an hour of travel time.

Even though they function as a layer of Kentucky’s transportation needs, there’s no reason it can’t be fun as well as educational for a family. Be sure and call ahead if you are going just for the ferry, as water conditions sometimes close it down.

Anderson Ferry (859.586.5007) is a family owned company that operates three ferries during peak hours as it transports cars and small trucks across the Ohio River from Boone County, Kentucky, to Hamilton County, Ohio. It is one of those time-saver ferries that also offers some good sightseeing. Anderson Ferry claims over 200 years of operation.

Valley View Ferry (859.258.3611) is unique in that it is rudderless, guided by attaching to cables stretched between four 55-foot towers. The ferry dates back to 1780, twelve years before Kentucky became a part of the Unions. It is jointly owned by Fayette, Madison and Jessamine counties and connects traffic, three cars at a time, between the three in central Kentucky.

Green River Mammoth Cave Ferry (270.758.2101 or 270.758.2166) Scheduled to reopen in mid-November 2020 after maintenance, the ferry has been a vital cog in moving workers, hikers and bikers in and out of the National Park. The ferry is federally operated.

Dorena-Hickman Ferry (731.693.0210 or 573.683.0290) It is the only river boat ferry crossing the Mississippi River between Hickman, Kentucky, and Dorena, Missouri. Operates seven days a week during daylight hours. It carries 15-18 vehicles on the 30 minute ride.

Rising Star Ferry (812.438.1234) This ten vehicle ferry takes visitors from Rabbit Hash, Kentucky, to Rising Sun, Indiana, via the Ohio River in northern Kentucky. Privately owned by the casino it operates five days a week Wednesday thru Sunday. $5 each one-way or $8 round trip.