A photo of the vehicle the caller of the threat may have been driving.

At approximately 9:10 a.m. a bomb threat was called into the sheriff’s office. The caller advised that a bomb was in a Simpson County school and there was a total of three hours to evacuate, according to a press release.

The sheriff’s office immediately notified the Simpson County School System and dispatched deputies to the schools.

The release states that the investigation into the caller revealed a vehicle the caller may have been driving.

Individuals with information about this case or about the vehicle are asked to contact the Simpson County Sheriff’s Office at 270-586-7425. 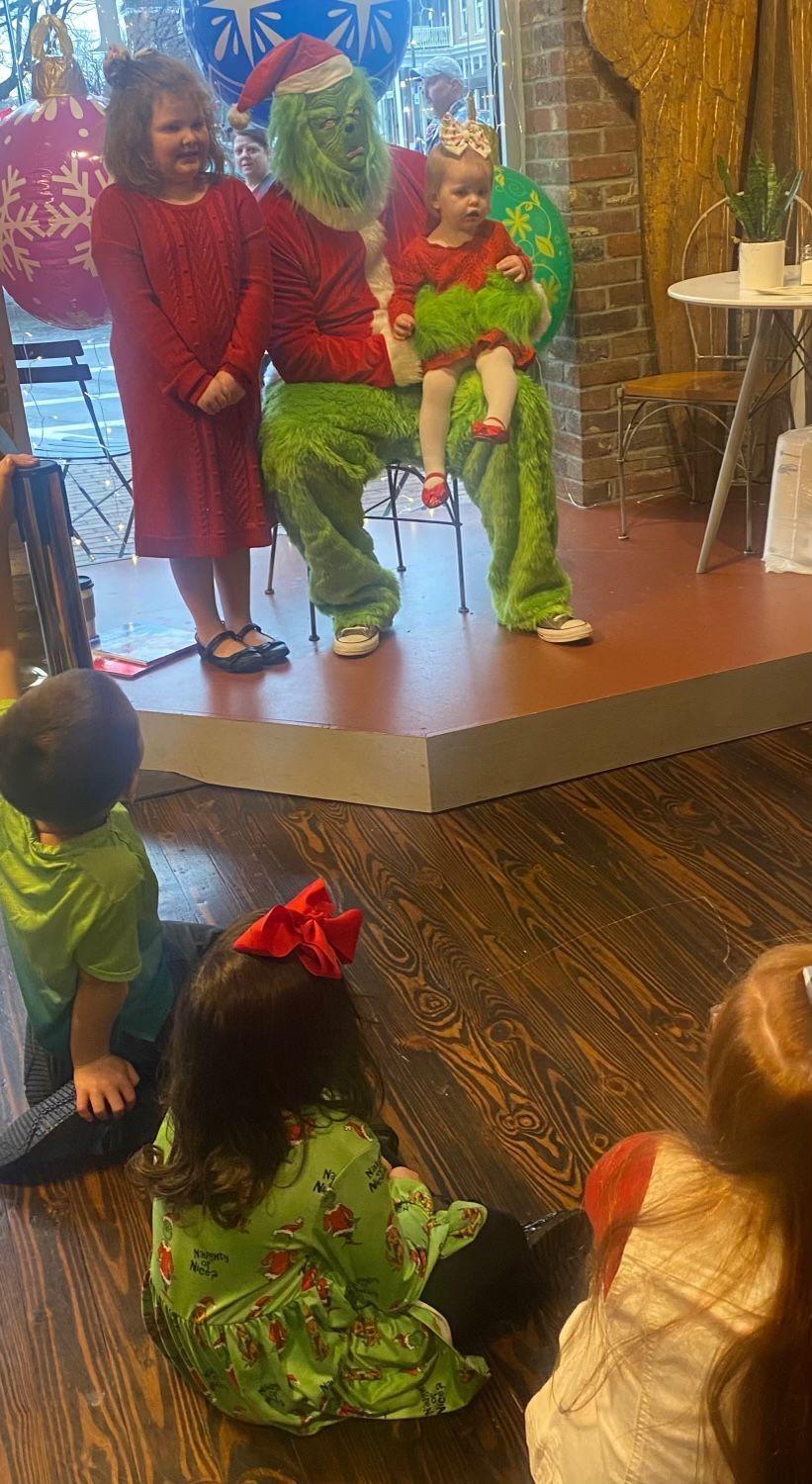 The benefit event included a special reading of the Dr. Seuss book and photo opportunities with the Grinch.

Simpson County Board of Education approved a pilot project to provide a therapy dog to Franklin-Simpson High School during its regular meeting on Dec. 16.

A memorandum of agreement between the board of education and high school social worker Jessica Johnson, who will be the dog’s handler, was additionally approved.

The agreement states that the therapy dog will be trained and tested to provide specific physical or therapeutic functions under the control of a qualified handler who works with the dog as a team.

The agreement also says a therapy dog is not the same as an emotional support animal or service animal.

A date for when the program will begin was not given at the meeting.

Tuition based preschool was also approved.

Franklin Elementary will house the tuition-based preschool, as space is available, for students age four-years old as of August 1st of the current school year who do not meet the criteria for state funded preschool.

The cost of tuition-based preschool is $150, per month, per child, September through April.

A total of 15 items were approved during the meeting, which was the first for newly appointed board of education member Tammie Mann. 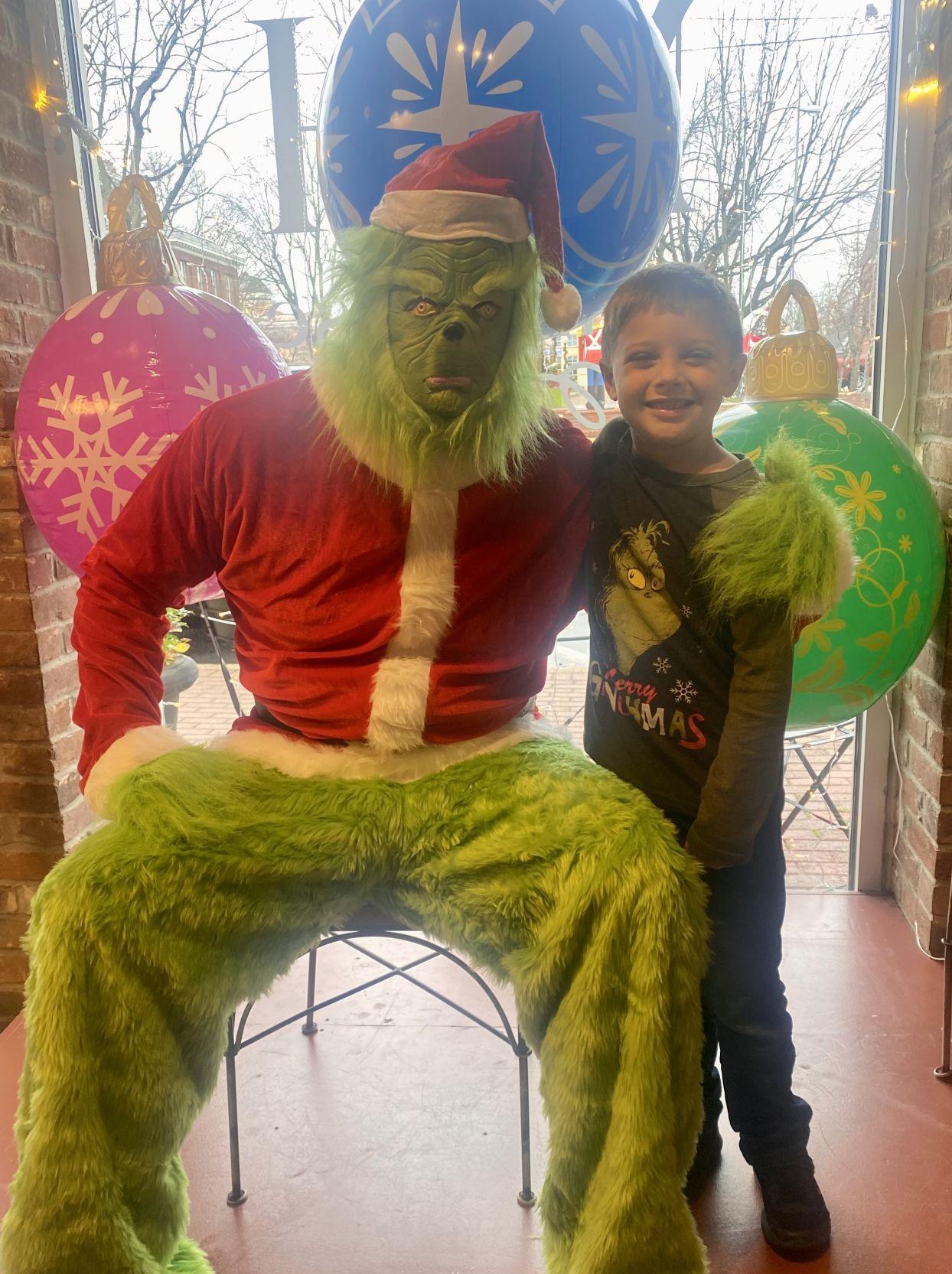 The Franklin City Commission approved four ordinances and heard first reading of one ordinance at a special called meeting on Dec. 16.

Both sites are contiguous to the existing city limits and are in accordance with the comprehensive plan of annexation.

The Franklin-Simpson Planning and Zoning Commission recommended approval of the zone change at the site that was annexed into the city in November.

And, one ordinance partially repeals a prior ordinance and recreates and authorizes the sale of a nonexclusive natural gas franchise in the city.

Commissioners heard first reading of all four ordinances at the commission’s Dec. 13 meeting.

First reading of an ordinance establishing overlay boundaries for an expanded downtown historic district was heard.

No vote is taken on first reading of a city ordinance.

A resolution adopting downtown historic district overlay design guidelines and or standards was approved at the commission’s Dec. 13 meeting.

Also at the Dec. 13 meeting, the commission authorized city assistance in tornado clean up efforts in Bowling Green where extensive damage and destruction occurred when two tornadoes moved through Warren County early on the morning of Dec. 11.

The commission authorized two crews of city employees and equipment including a chipper and dump truck be used to help clean up efforts and with any other needs.

Commissioners voted to purchase the Drake property at 216 Liberty Street and three lots facing Drake Avenue and or Pea Ridge Lane for $250,000 and pay $12,500 dollars in real estate commissions.

The property that was purchased is behind and immediately adjacent to the site of the proposed new Franklin Police Department Headquarters on West Madison Street.

The city plans to make improvements to Pea Ridge Lane.

Mayor Larry Dixon abstained on the vote and commissioner Wendell Stewart was absent during the vote.

Approval was given for the F-S Parks Department to purchase a 2022 Ford F-150 pick up truck from Hunt Ford at a cost of $33,541 using the city’s state bid agreement.

The parks department will fund the purchase; however, the truck can be purchased at a lower cost by using the city’s bid agreement.

The commission approved the city issuing a revenue bond for Matalco Kentucky, LLC. There is no city funds or other obligations involved. The bonds will be used for equipment and improvements at the facility on Brown Road located in the old Quad Graphics and Brown Printing building.

These type bonds have also been issued for other local industries including Fritz-Winter and Tractor Supply.

Some $8,100 in repairs at the city water plant was approved along with a 12-month extension of an agreement with Scott Mailing Systems for city use of a postage machine at a cost of some $125 per month.

A new Franklin Police Policy and Procedure for Career Development and Higher Education and an agreement to receive federal funds to be used by law enforcement to combat drug trafficking were also approved.

WFKN is still collecting new winter gloves, mittens, scarfs, hats and coats. The items can be store bought or handmade.

The donated items will be given to the Simpson County Schools Family Resource Centers for distribution to area children.