The company will be expanding its manufacturing operations in the acquired building during 2022. Since 1998 PlastiCycle has been serving the plastic recycling needs of manufacturers, compounders, and converters throughout the United States. The addition of this new location in Franklin will allow PlastiCycle to provide cost effective recycling alternatives to plastic manufacturers in the region while keeping millions of pounds of plastic scrap out of our landfills every year.

Tony Corso, president of PlastiCycle expressed his excitement about the company’s new location in Franklin, Kentucky.

“Our company will be able to better service hundreds of industries in the mid-South with our new Franklin location,” Corso said. “The community is ideally located for us to serve businesses in the healthcare, food packaging, automotive and construction industries and we look forward to developing strong business ties with local manufacturers and support businesses. Our recycling technology, which turns post industrial plastic scrap that would end up in a landfill into pellets that can be reused back in the manufacturing process, provides cost savings to manufacturers while allowing them to be more environmentally responsible. We see this as a win-win for PlastiCycle and the manufacturer. I am impressed with the business-friendly attitude of the local community and have appreciated the ongoing help, support and guidance of the Franklin Simpson Industrial Authority in making this project a success.”

“PlastiCycle is a great industry to have in our area. Not only will they be important to our area industry, the company will also help the environment in our region,” Gary Broady, chairman of the Franklin Simpson Industrial Authority, said. “We look forward to PlastiCycle becoming a part of our industrial community.”

“It is my understanding that PlastiCycle will be hiring as many as 25 people for their new plant in Franklin” Franklin Mayor Larry Dixon said. “These are certainly welcomed job opportunities for our citizens. We certainly thank PlastiCycle for locating in our city and are anxious to work with them during their transition period.”

PlastiCycle expects to begin production in Franklin during the first quarter of 2022. For more information on PlastiCycle or the Franklin, Simpson County area, contact Dennis Griffin at 270-586-4477 or at fsindustry@bellsouth.net. 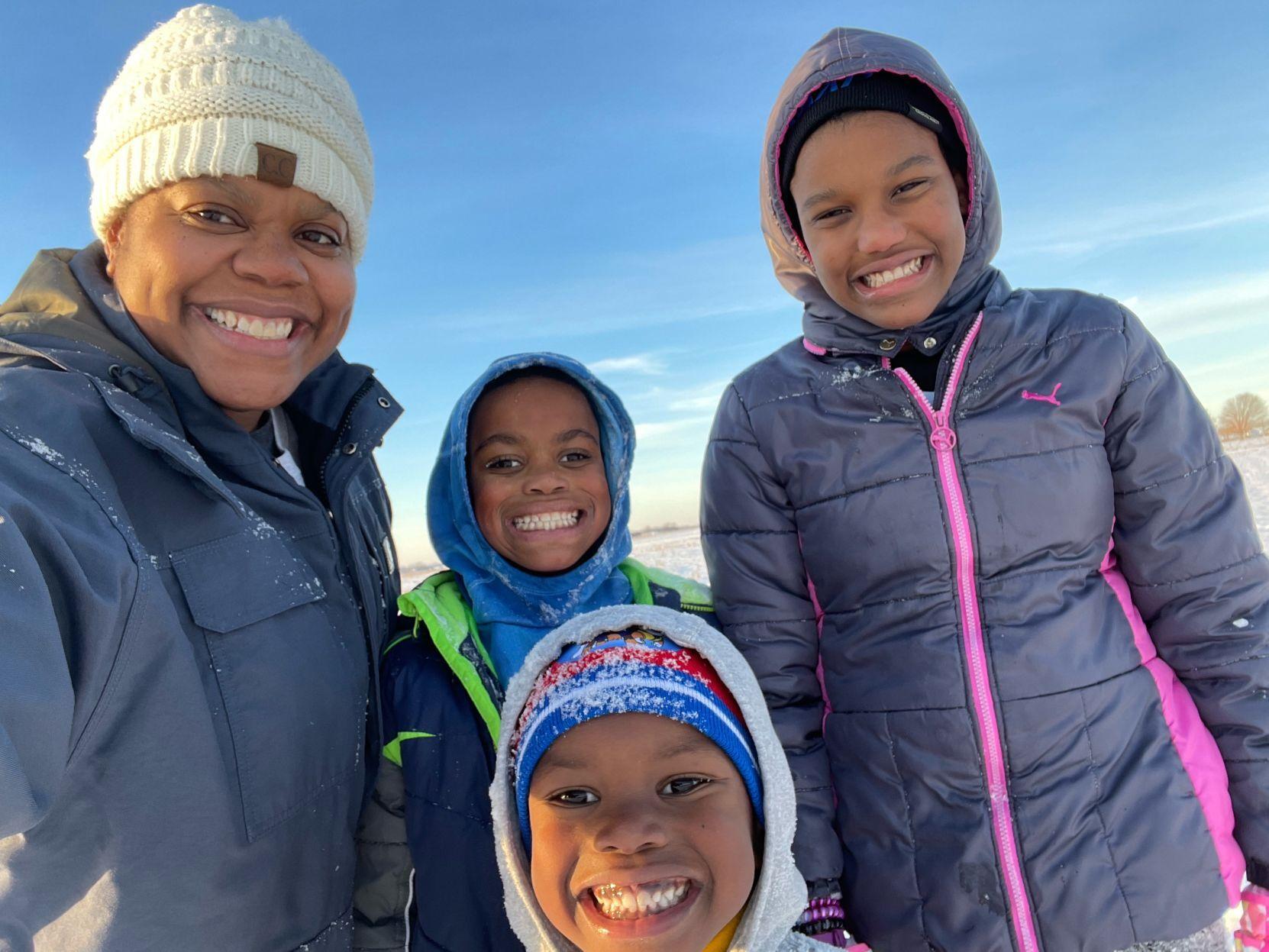 Above: The McCutchin family includes Natalie,

Right: Lola Stone, 7, stands next to a snowman.

The Franklin-Simpson Ambulance Service operations are expected to continue forward without change.

The name of the entity that submitted the bid was not announced.

The bid included an approximately $1 million subsidy paid to the entity to operate the ambulance service.

The Franklin-Simpson Ambulance Service tax generates $570,000 to $575,000 dollars annually. If the bid had been accepted the county would have had to fund the remainder of the subsidy.

The court was exploring bids for private operations in part due to low staffing numbers, however, additional personnel have recently joined the ambulance service.

“I would much rather keep it (ambulance service) here local,” Simpson County Judge/Executive Mason Barnes added.

The storm marked the second time within one month that Simpson County was spared major damage from severe storms and tornadoes moving through the area. The first time was on December 10, 2021 when the severe weather surpassed Simpson County and hit Bowling Green among other Kentucky communities.

Palmer said two of Simpson County’s outdoor severe weather warning sirens, known as COWS, did not work when he activated the system Jan 1. The two sirens that did not work are in the Dogwood Drive and Highway 1008 area and at Jim Roberts Community Park.

maximum deputies salaries for the sheriff’s office and clerk’s office.

Also approved was the clerk’s bond, a continuation certificate for the South Central Kentucky Drug Task Force Bond, a jail consultant contract at a cost of $1,500 per month to be funded by the jail and the county’s Dec. 31, 2021 financial statement subject to audit.

Allen County and Warren County each also had an unemployment rate of 2.5%.

Unemployment rates fell in all 120 Kentucky counties between November 2020 and November 2021.

Unemployment statistics are based on estimates and are compiled to measure trends rather than to count the number of people who are working. Civilian labor force statistics include persons who are actively seeking employment, not those who have not looked for work during the past four weeks.

Beth Laster has been appointed Simpson County Clerk. She was sworn in Jan. 3 to fill the unexpired term of former county clerk Jolene Thurman, who retired.

Laster has worked in the county clerk’s office 20 years.

“I’m proud to finish Jolene’s (Thurman) term. Working with her for 20 years it’s been strange to be in the office without her. We will maintain the office to the standard she and Chip Phillips (former county clerk) established,” Laster said.

She also said she does not intend to run for election to the clerk’s office which is on the ballot this year.

The announcement about the appointment was made on the Mason Barnes Simpson County Judge Executive Facebook page.